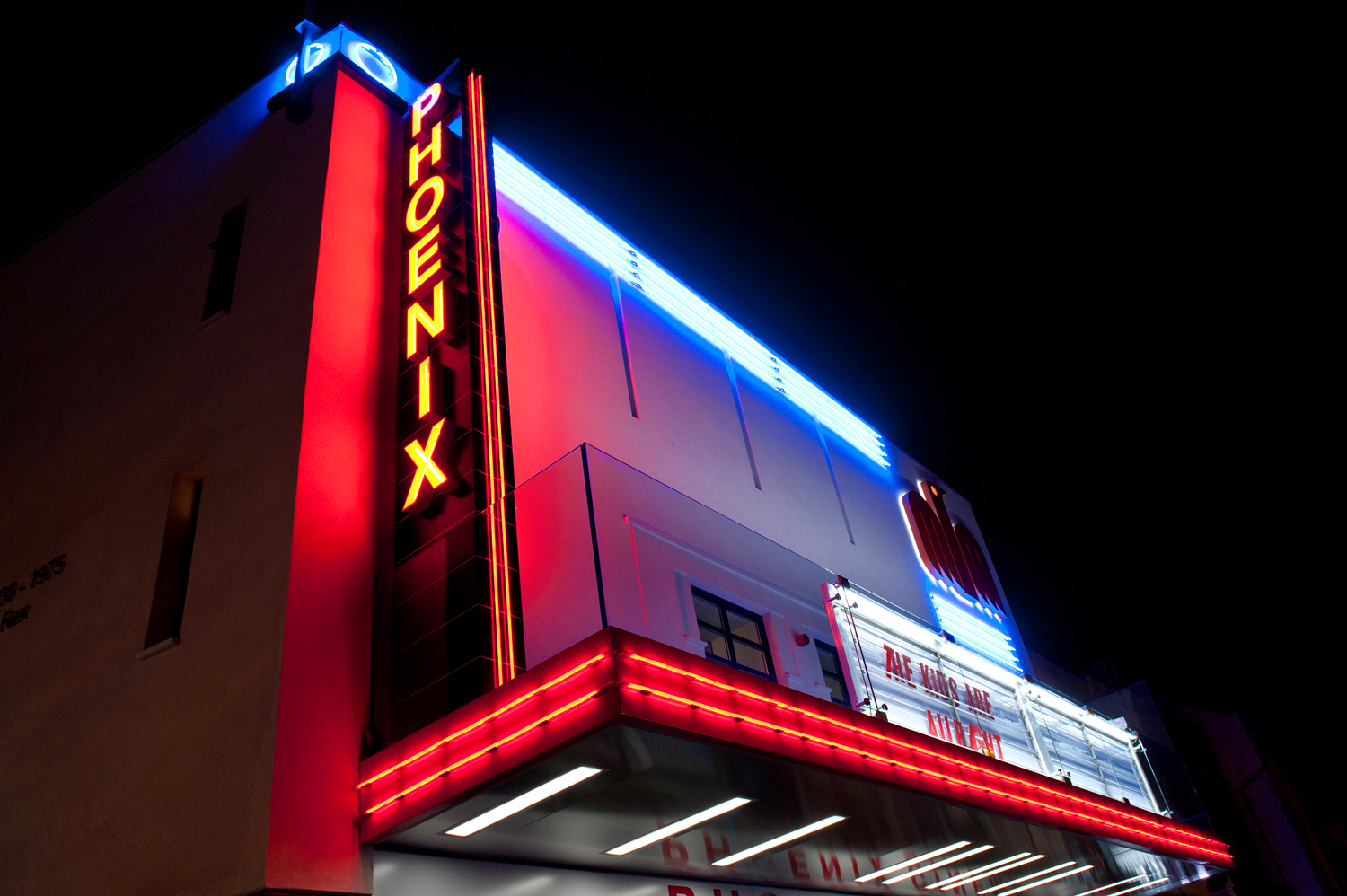 With the chills of British winter in full force, the cinema should have a prime position in your weekly schedule. Our love for the cinema has frequently translated into the worlds of movies themselves, with main characters attending the pictures during their journeys. The closed-off space has been utilised to create sinister, tense and foreboding atmospheres, but it takes a particularly memorable cinema scene to stand out in the rest of the film’s narrative. Here are some of the finest cinema scenes within film.

With their darkened interiors and limited exit points, the cinema is perfectly suited for the horror genre. In John Landis’ lycanthrope picture, David and Jack are travelling around the Yorkshire moors at night when the latter is murdered by a werewolf before David’s eyes.

After being saved from death by locals and leaving a London hospital, David is greeted by Jack’s undead figure, who ushers him into a seedy cinema. As if David couldn’t be more unsettled, he then watches the undead bodies he killed in his werewolf form urging him to break the curse by ending his life.

Cheery stuff, no? The theatre filmed was the Eros Cinema on Shaftesbury Avenue, an establishment that regularly played sordid European films and closed in 1985. The fake film that is heard in the theatre, ‘See You Next Wednesday’, is John Landis’ own creation. Having designed posters for the film nine years before American Werewolf was released, the title retained a long cinematic tenure. Its posters appeared in Trading Places (1983) and Coming to America (1988), billboards in The Blues Brothers (1980) and is the film title that is spoken in Michael Jackson’s Thriller (Jackson hired Landis’ team to do special effects for his video after watching American Werewolf).

The troubled teen of the film’s title (Jake Gyllenhaal) takes girlfriend Gretchen (Jena Malone) to see Evil Dead II at the cinema. After Gretchen falls asleep, however, Donnie and bunny Frank share a brief philosophical discussion. Then Frank orders Donnie to burn down the house of local paedophile Jim Cunningham (Patrick Swayze), which Donnie does in time to get back to the cinema for the film’s conclusion. That’s some damn efficient work right there.

Richard Kelly originally planned to show the couple watching Douglas Cheek’s C.H.U.D. at the theatre, but Sam Raimi allowed him to use clips from Evil Dead II when the rights to Cheek’s film became complicated. The establishment filmed is the Aero Theatre in Santa Monica, California, whose marquee title has changed to The Last Temptation of Christ (1988) when Donnie exits the theatre for the last time. And, no stranger to a challenge, Donnie manages to commit all three temptations (drugs, alcohol, and pre-marital sex) that Cunningham described.

The cinema also suits the temporal nature of science fiction as on-the-run time traveller James Cole (Bruce Willis) hides out in Baltimore’s Senator Theatre with Kathryn Railly (Madeleine Stowe) during his quest to find a cure for a deadly virus.

The two are viewing an Alfred Hitchcock marathon, currently watching Vertigo. Cole excitedly tells Railly that he has ‘seen this movie before, when I was a kid’ and Cole’s ‘before’ is spoken just as James Stewart asks Kim Novak ‘Have you been here before?’. Cole’s fascinated comments allude to the powerful nostalgia of films, with the idea of watching a movie at different periods in your life compared to a form of time travel into the past.

After Cole falls asleep, he wakes up in a wig and fake moustache to find The Birds playing, and Railly gone. Finding her outside dressed in a Kim Novak style of coat, Bernard Hermann’s Vertigo score plays and we are once more transported back in time. Director Terry Gilliam’s use of non-diagetic sound brilliantly confuses the different realities between Cole’s present and Hitchcock’s film. When the couple leave, The Birds is mysteriously absent from the marquee’s Hitchcock marathon list.

Last but not least, Joe Dante’s comedy-horror about demonic Mogwai creatures features a memorable cinema scene where the evil Stripe and his comrades watch their favourite film Snow White and the Seven Dwarfs (1937). Taking their opportunity, humans Billy and Kate explode the theatre, killing every gremlin inside apart from Stripe.