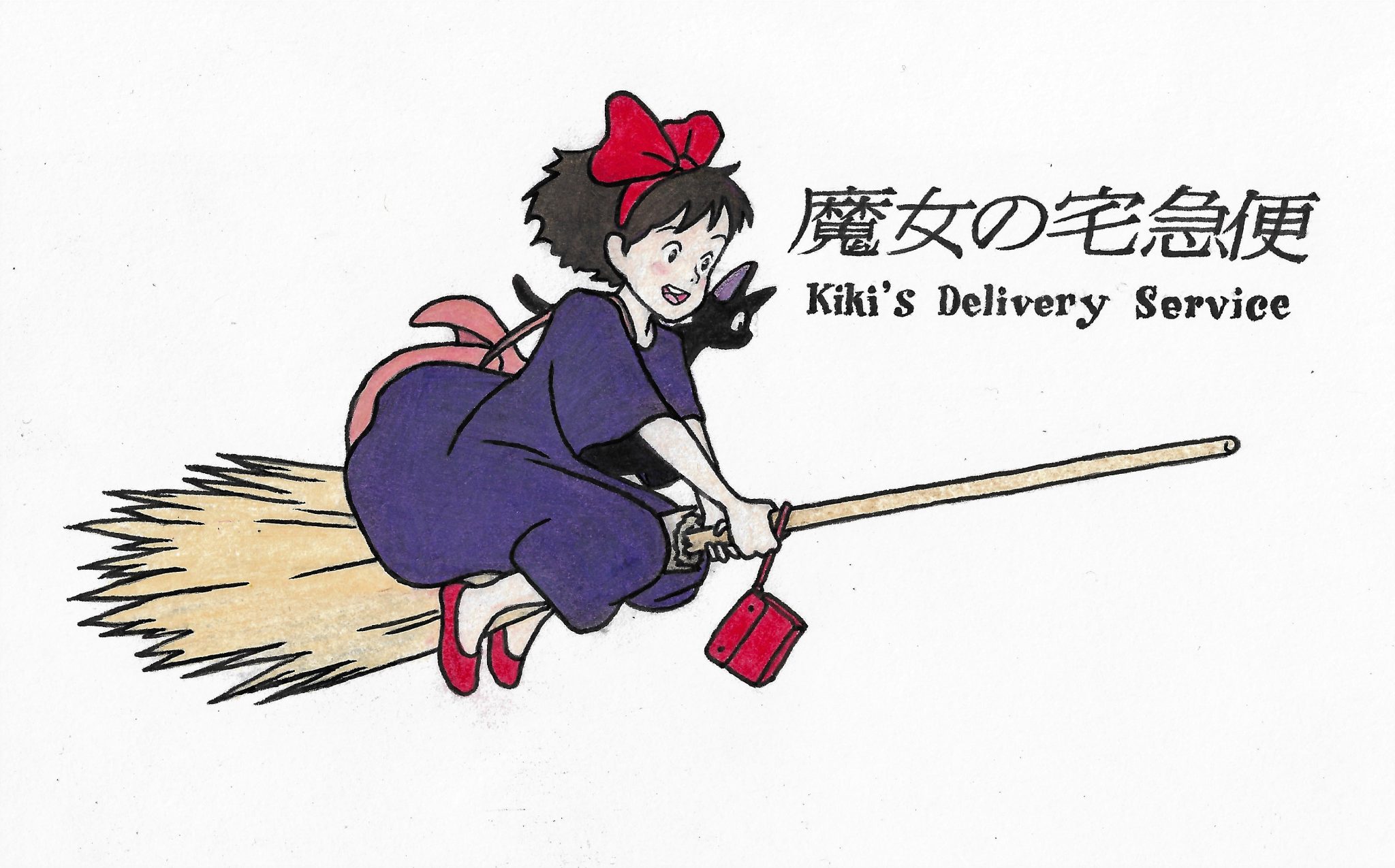 Think back to your favorite childhood films–the ones you could always be caught watching in the living room, the ones you could quote by heart and see vividly in your mind before you went to sleep at night. Were they action-packed, fantastical, comedic? Why did you like them? Was there a point when you suddenly “grew out” of them, or do you find that they still hold some importance to you?

Among the films I loved to watch when I was younger were that of Hayao Miyazaki, who in several respects made greater animated films than Disney (fight me). There are too many to count, but you can’t really go wrong with any of them: Princess Mononoke, Spirited Away, Howl’s Moving Castle. I relate on a spiritual level to Mei, the little girl in 1988’s My Neighbor Totoro—and if you are the younger of two sisters, you probably do too.

What I find so intriguing about them is that while they certainly do convey important moral themes and life lessons like any good children’s movie, they do so in a way that is so beautifully subtle that you may not even pick up on it at first; there’s just that overwhelming emotion at the end, that feeling that you’ve watched something truly worth remembering. Miyazaki’s films treat the viewer with maturity, encourage them to think about what it is the film is conveying. So long story short, please watch a Hayao Miyazaki film at some point in your life.

One of my favorites, that I’ve watched more times than I can count, is Kiki’s Delivery Service. If you have not had this beautiful movie in your lives, it’s a story about a girl who sets out on her own, according to family tradition, to find her purpose in life and to inevitably end up realizing her unique strength and value. Oh, and she’s a witch. (Let me reiterate that this was a children’s movie.)

There are so many reasons why I loved it: the breathtaking animation (the seaside town is literally my lock screen), the lovable characters, the absolute b o p s in the credits from Sydney Forest, and of course my childhood dream of having magical powers (also read: Matilda and W.I.T.C.H.). But looking back at it now, many years later, I’ve come to cherish the inspiring story of self-discovery it imparts.

Here is this young girl, barely thirteen, not entirely fearless but more than ready to see what the world has to offer her—or, more appropriately, what she has to offer the world. And here I am, twenty-one years old, definitely not fearless but prepared to do the same. May be eight years late to the game, but I did say that Miyazaki films can be subtle in teaching their lessons.

Kiki gets off to a rough start, naturally; she gets caught in the rain, is almost hit by a bus (see above), and struggles to culturally adjust to a crowded, fast-paced scene—also, fun fact, all things that have happened to me in some shape or form over the past two weeks. And because she is a teenage girl going through puberty, she ~must~ earn the fascination of a nice boy who could arguably be the origin of that age-old philosophical question: “Kiki, do you love me?” (Drake, 2018).

Miyazaki’s films treat the viewer with maturity, encourage them to think about what it is the film is conveying.

Like all great heroines, she hits her low point: when she seemingly loses her powers, which she attributes as the greatest determinant of her self-worth and a quintessential part of her identity. Now I won’t tell you exactly how it ends (hint: it involves a dirigible), but my point here is that Kiki screws up. A lot. She makes mistakes, big and small, and she is doing it all along an unfamiliar path she has chosen to pursue.

Every time I would watch that movie (which is to say, a lot) I would feel incredibly sad for her, watching her try so hard and constantly stumbling. Eight years later, I realize I’ve elevated from sympathizing to empathizing with that struggle. Especially now, where I’ve never felt so much on the brink of something life-changing, the pressure on oneself to succeed can sometimes be more overwhelming than the obstacles in the way.

But our most formative moments only look their worst when we’re in the middle of them. Kiki’s Delivery Service taught me that failure, in whatever form it takes, is by no means an end. It is, in fact, a new beginning—a “refresh” button, if you will.

While there’s no way to know when or how failure will happen, you can anticipate how you will cope with it when it does. You can sit and cry for a bit (which both Kiki and I are guilty of doing), you can curl up in a ball, you can call your mom. But one day, whenever that is or whatever catalyzes it, you will get up, open the door, and know what to do with what you’ve learned. Because another thing Kiki taught me—sappy content warning—is that you are the hero in your own story.

So somewhere in a lofty mansion, I’d imagine Drake is similarly reflecting on his love for Kiki, and the powerful significances of self-empowerment and growing up she indirectly taught him. Took him long enough.