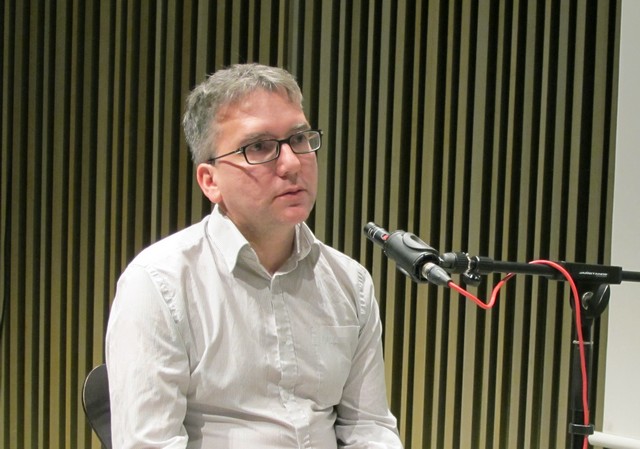 In the world of British politics, Mark Fisher may be the most influential person you’ve never heard of. Swathes of the contemporary left are in his ideological debt, and the ideas with which he made his name – capitalist realism and hauntology – form the basis for large parts of what we understand as the “Corbyn project”. If you’ve ever gotten your news from Novara Media, read something published by Zero Books, been a member of Momentum, engaged with “Acid Corbynism”, or even just looked at the state of the modern world and thought, Christ, wasn’t the future meant to be better than this, then you’ve engaged with Mark Fisher.

Mark Fisher’s latest book, posthumously published, is k-punk, a compendium of pieces largely written for his long-running blog of the same name. It was on this blog that the ideas with which he was most associated first emerged, with the Guardian dubbing it ‘required reading for a generation’.

Mark Fisher’s greatest hits are here – particularly his work on lost futures and the singular manner in which he blends music analysis and political theory. The book also provides a haunting look into Fisher himself, including his blogs on the topic of his depression, the disease that would ultimately claim his life in 2017. A purely biographical reading of Fisher, or of any theorist, would be lazy, but that doesn’t change the fact that sections of k-punk make for genuinely difficult reading: the line between pessimistic cultural critique and the depression-inspired inability to see a better future is often thinner in Fisher’s work than is entirely comfortable.

Despite this, Fisher’s writing on depression constitutes some of his strongest work. He takes pains to differentiate between his own clinical condition and what he terms ‘hauntological melancholia’ – the societal sui generis feeling of grimness that neoliberal capitalism has thrown over us all. He is also clear about the ways in which the two interact. The narrative around the politicisation of mental health that Fisher settles in the centre of his work is refreshing. He writes about the ‘privatisation’ of mental health, our tendency to confine it to the therapist’s office and the GP’s surgery rather than consider that maybe it’s not just our brains that are unwell, but rather that the pessimism and precarity inherent in neoliberalism that are making us unwell.

k-punk represents the fullness of Fisher – the good, the bad, the weird and the eerie

Reading Fisher as a person on the left is both intellectually emancipatory and deeply gratifying. His writing is conversational in tone, about as close as we will now ever get to talking to the man himself, and laced with tangents and random points throughout. There are moments in k-punk where he’s reaching – but you always want him to land it. His argument that socialist utopia can be seen in the free-flowing football of Pep Guardiola’s Barcelona playing Manchester United in the Champions League Final lacks any real substantiation, but that’s not the point of Fisher, a man whose entire theory of the game rests on breaking out of what we consider ‘realistic’. The man who believes in hauntology, our collective mourning of the ghost of a future we never saw but know could have been, gives us glimpses of what exorcising that spectre might feel like, if only we’d let ourselves believe.

Of course, the book is not without flaws. His use of pop culture is engaging, but his proclamations would benefit from a degree of self-awareness: Fisher lionises music that was popular in his twenties, and decries the popular music of his forties, as if the old being alienated by the culture of the young was some new phenomenon. While Exiting the Vampire Castle is, without doubt, the best and most reasoned ‘identity politics on the internet has gone too far’ piece out there, this is to intentionally give it faint praise – it is not a genre studded with gems.

k-punk represents the fullness of Fisher – the good, the bad, the weird and the eerie – better than his other works, which are typically slim, self-contained and tightly argued volumes. As an introduction to his writing, you’re still much better off with Capitalist Realism or his magnum opus Ghosts of My Life. But for fans of Fisher, and for those who want a fuller picture of the man currently serving as theorist-in-chief for what some have termed a Corbynite “intelligentsia in waiting”, k-punk the book is as k-punk the blog once was: required reading.