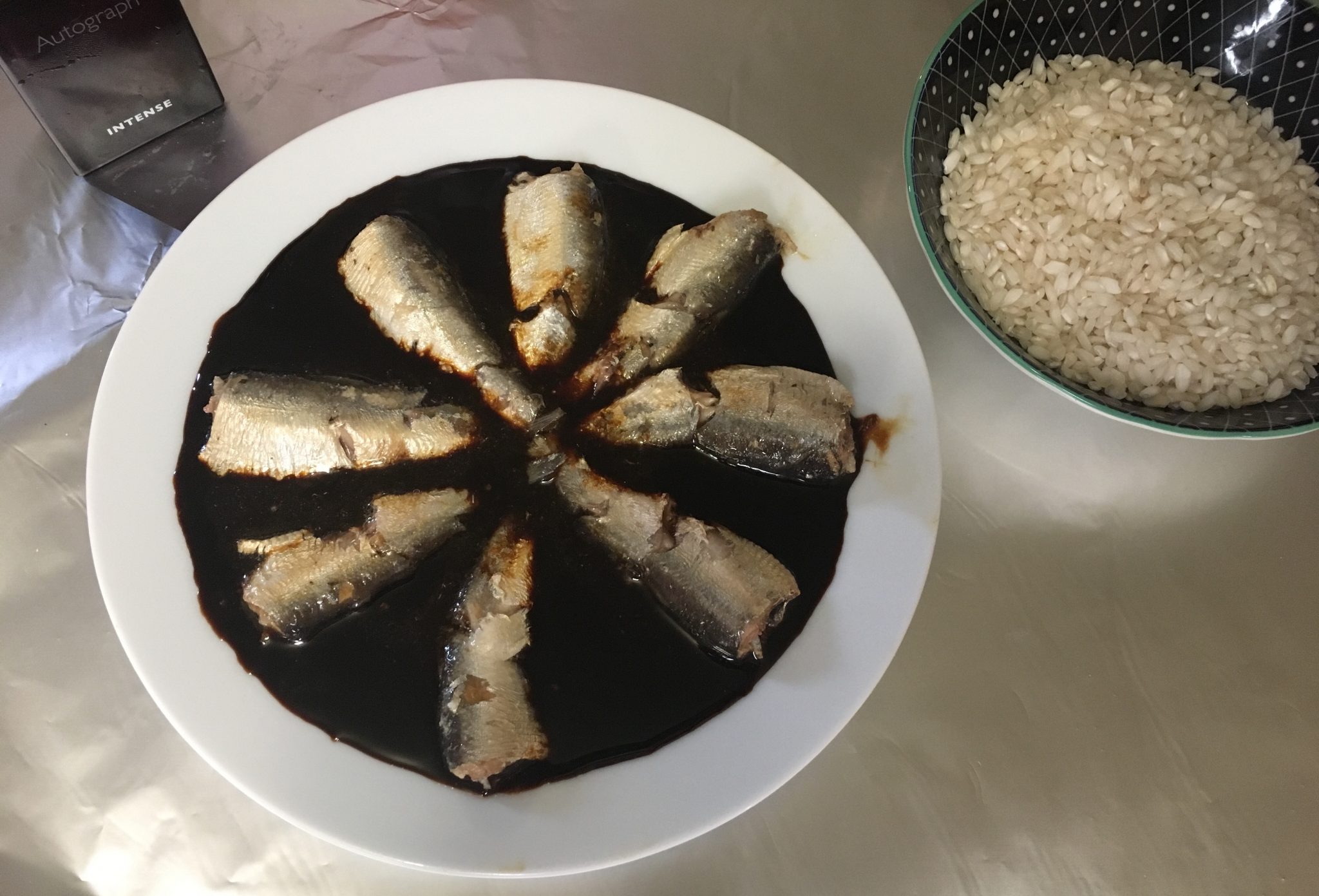 A love of technology, zealous misogyny and the belief that pasta leads to pacifism: these three are just some of the more prominent traits of that strangest of early twentieth century European intellectual movements, the Futurists. Launched by the moustachioed poet Filippo Tommaso Marinetti, this was a philosophy of energy and dynamism – a tagline which may sound appealing, until you realise that the Futurists were closely linked to the fascists.

Paintings such as Boccioni’s 1910 “A Fight in the Arcade” encapsulate the essence of Futurism: speed, movement, and, of course, violence. The piece depicts the Italian upper-classes brawling in a Milanese shopping centre, with Boccioni creating a whirlpool of writhing bodies, pulling the viewer in. As the movement developed, the art became increasingly unsettling, and increasingly abstract: shattered reflections of an industrialised Europe, accelerating towards an ambiguous future.

The iconoclasm of Futurism, framed as a yearning for ‘purification’, did not just concern material culture, as even that most sacred of institutions, Italian cuisine, was not safe from Marinetti’s ire. In 1932, alongside the artist formerly known as Luigi Colombo, but then known as Fillìa, he published “La Cucina Futurista”. This gastronomic manifesto preached the importance of a multi-sensory dining experience – a meal had to involve tactility and perfumes, with the food being prepared with laboratory equipment as opposed to anything one might find in a kitchen. Equally, the use of cutlery and talking about politics at the table was frowned upon. As culinary philosophies go, it is certainly one of the more intriguing, largely because whether the food was edible or not was deemed to be an irrelevance. Dining as art.

I poured very strong coffee onto my plate, and then placed tinned sardines atop it so that they resembled the spokes of a wheel…

Marinetti’s loathing for pasta, partly a knee-jerk nationalist reaction to imports of foreign grain, meant that Futurist recipes are not exactly the sort of thing you might find in an average trattoria, though whether you would want them to be on the menu is another matter entirely. Certain concepts linger in the mind. Concepts such as the overtly phallic “Excited Pig”: a salami standing erect in a pool of coffee and cologne. There is also fried fish stuffed with nuts and then wrapped in wafer thin slices of calves’ liver, known as “Immortal Trout”, a somewhat ironic name given that it involves not one but two dead animals. Modernity and Italian industry were also celebrated in dishes such as “Chicken Fiat” – a chicken stuffed with ball bearings and then roasted so that they impart a metallic tang, best served with whipped cream, or even better if not served at all.

It would have been impossible to isolate one dish from this extraordinarily absurd cookbook, largely because they all seem equally unappetising. Therefore, in the Futurist spirit, I decided to discard the recipe book (metaphorically, not literally, it cost me £21), and create my own artistic monstrosity, one which takes inspiration from some of the most unappealing meals and adheres to the eleven commandments of a Futurist dining experience, the first being that the meal has to be original and harmonious. I would argue that what I created perhaps was more successful at the former than at the latter.

Futurist cooking was like Futurist art: speed was essential. I poured very strong coffee onto my plate, and then placed tinned sardines atop it so that they resembled the spokes of a wheel, a flourish which Marinetti may have appreciated, though he was not the sort of character I might actively seek approval from. Sardines are quick, industrious little fish, and the shimmering lagoon of caffeine they were now swimming in would lend me the temporary alertness required to be productive and help society stride into the future.

But I was concerned that the combination of oily fish and coffee would be insufficiently avant-garde, and so I sprayed the entire dish with some very cheap eau de toilette. But more of my senses needed to be stimulated, and so I filled a bowl with Arborio rice, a crop which Marinetti very much did like, which I would caress whilst consuming the “food”. Incidentally, it was the charge of “indecently caressing Arborio rice” which means that I am now banned from all public transport in Milan. In the background I played the sound of locomotives hurtling along steel tracks. Furthermore, as a homage to the aluminium clad dining rooms of Futurist eateries, I placed the constituent parts of my dining experience on some foil because I can’t afford to cover my walls with metal.

I have done some very unusual things in order to write irreverent articles for this section, but this is surely the strangest. I could only manage two pinches of sardine flesh, glazed with coffee and doused in perfume, neither of which I could swallow. This is hardly a surprise, as only two thirds of the things on that plate are fit for human consumption, and none of the components are edible together.

The sensation of feeling the rice and listening to sound of trains certainly added something to the experience, though I could not say what. I’m just glad that no one walked in and caught me. The Futurists weren’t known for their tolerance, and this extended to after-dinner speeches, which was no issue for me, as I was alone, probably because I spend my Thursday afternoons doing things like this. The dish, indeed, the whole experience, is both a damning indictment of Marinetti’s vision and of my own future prospects.

You would be forgiven for assuming that Futurism was a short-lived intellectual trend, believing that it was too bizarre to achieve any kind of longevity, let alone to profoundly alter society. However, the bleak reality is that Futurist thinking permeated Italian politics, with Mussolini, the notorious dictator and Lazio fan, being heavily influenced by the violent masculinity of the Futurist perspective. Both Futurism and fascism share a similar aggressive belief in a warped vision of what the world could be like, though Mussolini’s vision of the future also harked back to Imperial Rome. Marinetti would die in 1944, with the reputation of “La Cucina Futurista” as a novelty cookbook, rather than an artistic expression, long outliving his poetry.

Although I am very grateful that the Futurist trajectory is not the course culture and society is pursuing now, uncertain times lie ahead, and looking to the past very often replaces clarity with confusion. Boccioni’s painting features a man standing in the foreground, facing the viewer and with his arms raised, gesturing at us to leave. The world is deeply troubled, at times it feels like the rest of society is being consumed by a vortex of its own creation, and there’s not a great deal that we onlookers are able to do about that. At least there is still food to be devoured and drink to quaffed, for now. 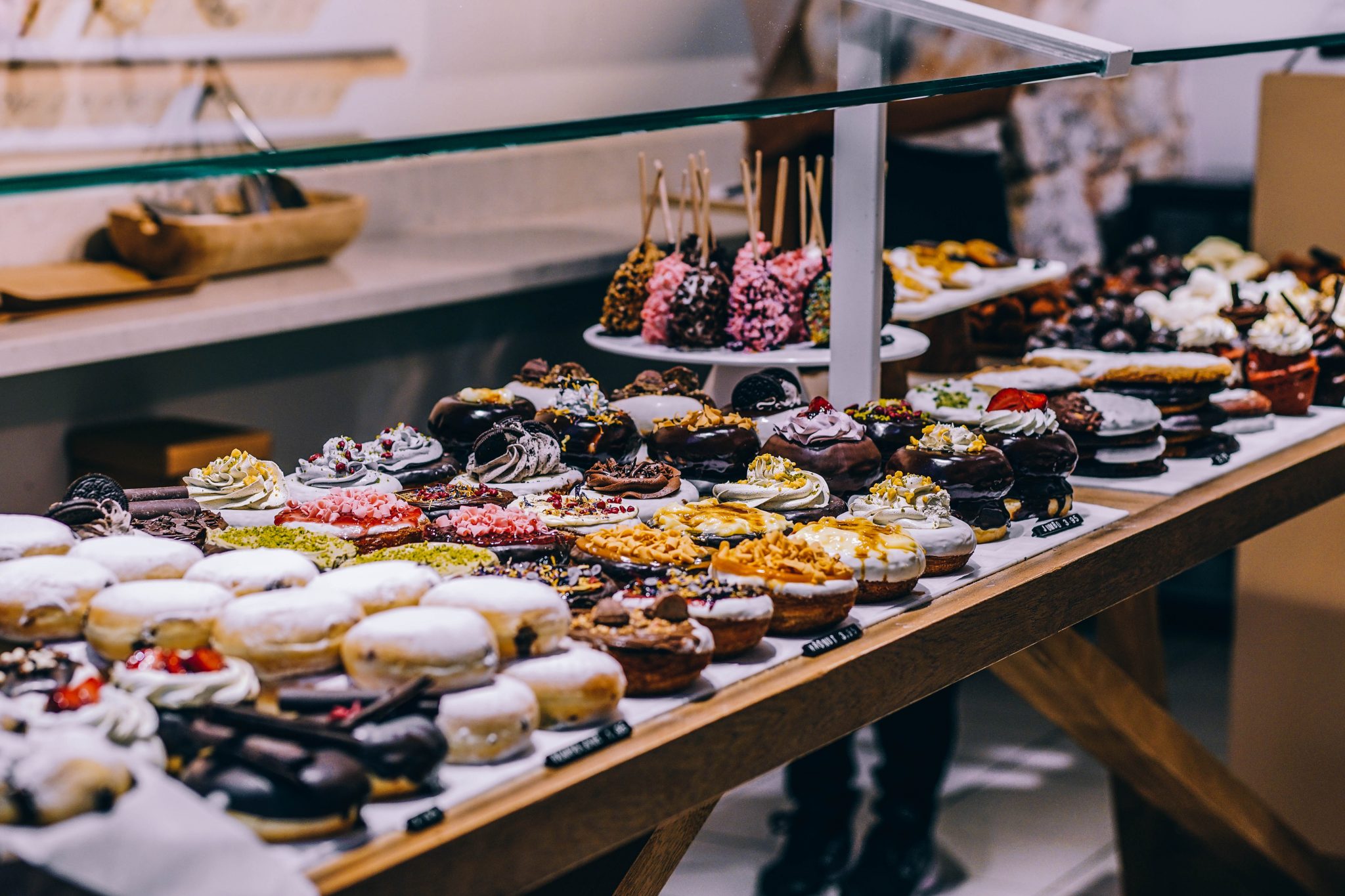 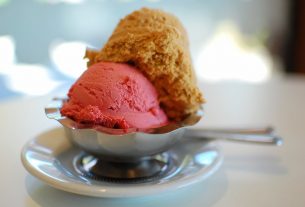 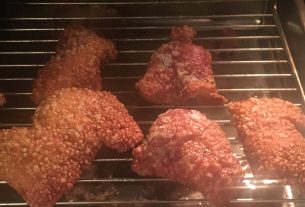 Beauty is only crackling-deep: facing the slings and arrows of adversity