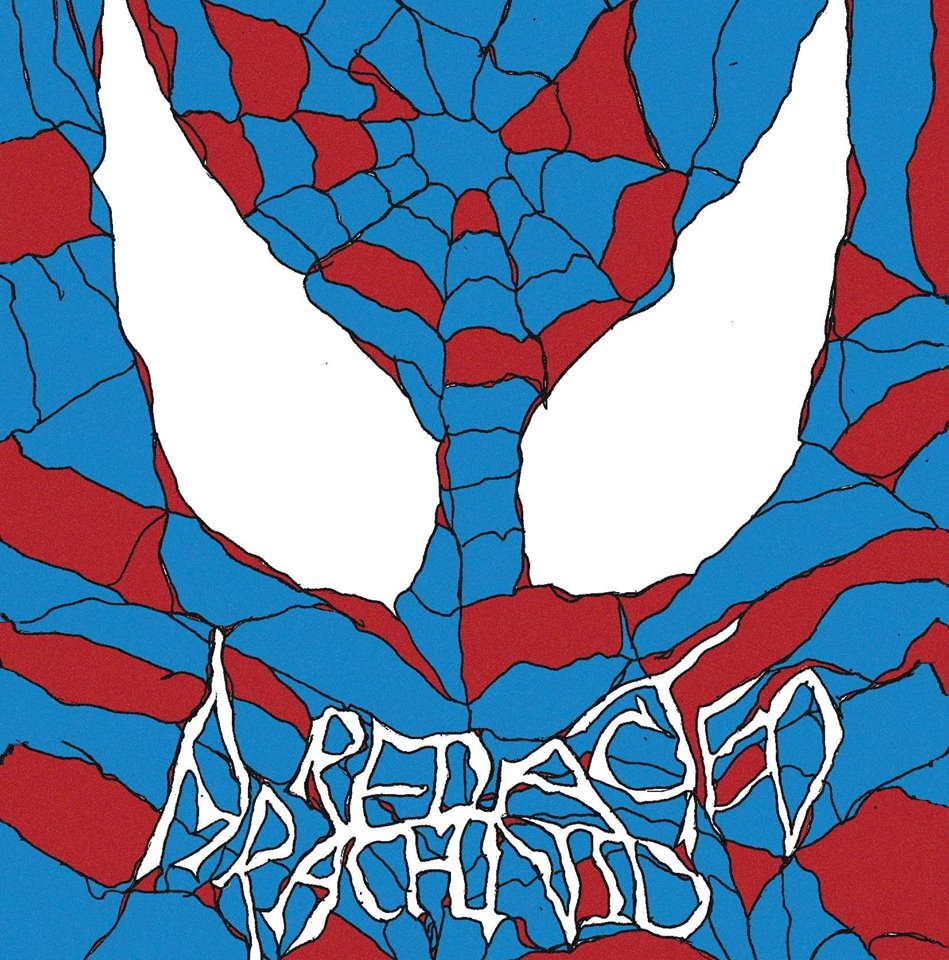 When a couple of years ago I heard that there had once been a musical focusing on the world’s most famous web-slinging superhero, I remember thinking it was a weird choice for a show subject, but then thought of it no further. This remained the case until I was contacted to review student writers Caleb Barron and co’s new work, Redacted Arachnid. Through the performances of Corpus Christi’s Owlets, the play reveals and brings to life the disaster filled tale of how the infamous musical came to be, and how it came to end.

Redacted Arachnid begins by addressing the elephant in the room of the whole production – the fact that its subject’s name must remain ‘redacted’ for copyright purposes. The play doesn’t shy away from this issue, but instead thrives on humour emanating from it. The play features censored comic book props and uses a bleep machine to blast over an arachnid-based superhero theme song.

This is only one example of numerous successful jokes in an all-round funny play. The audience reacted particularly well to the frequent dark humour which shone through from the great writing, performances and choreography. One scene involving a dance troop elicited consistent roars of laughter, reaching its strongest point with the line ‘see your uncle die’, and its subsequent dance move.

In addition to choreography, the play’s overall staging was also strong. The various locations featured in this play are portrayed with little set, but excellent directing means the performances dress the scene instead, along with a good use of lighting and sound. The play’s first transition from its solitary narrator to a busy bar setting struck me as a particularly good example of this.

The audience reacted particularly well to the frequent dark humour which shone through from the great writing, performances and choreography

Redacted Arachnid’s success here is crucial as its story requires numerous locations in order to offer an insight into the production journey of its Broadway musical subject. Speaking as someone who adores behind the scenes documentaries of both stage and screen productions, and as someone who has enjoyed working behind the scenes a couple of times, it was great to see all of the production roles being represented and placed at the centre of a story.

This exploration did cause a small tonal issue for the play’s second half however, as the largely light comedic play was suddenly cut across by a serious and angry outburst following a character being fired. Although the shift in tone eventually worked for the latter half which prompted the audience to question the morals behind narrator Michael’s production decisions, it could have done with being introduced more smoothly.

Having said that, all actors should be praised for their handling of their characters, especially when considering how most actors conveyed numerous different characters through the course of the play. Although they were certainly helped by props and the audience’s guidance by the narrator, it was their performances which created the varied characters, with all actors switching accents and mannerisms effortlessly between each scene.

Particular praise of individual performances should go to Gemma Daubeney as the realistically melodramatic and strained musical theatre personality Julie Taymor, to Joshua Clarke’s excellently funny Bono impression, and to James Akka’s great comedic timing throughout. Also, Daniel Ergas, the only cast member to not play multiple roles, impressively delivered a large chunk of the play’s overall script without issue as the desperate theatre producer Michael Cohl. Although his American accent faded a little when interacting with other characters as supposed to narrating to the audience, this didn’t detract from a very good performance.

Such a strong act was crucial as Michael’s narration is how the audience are guided through the story of the musical’s production. Having gone into this show not knowing anything of the musical’s story other than that it existed, I still was able to enjoy the story to its fullest through its presentation. I also imagine that if you are aware of the story already you would still enjoy watching all the calamities play out. It should be noted that the play does feature a lot of narrative and at times the information presented seems a little lecture like, but the balance from narration to character scenes just holds up to keep the play interesting.

At one particularly meta point in the narration, Redacted Arachnid describes itself as ‘basically a stage adaptation of a Wikipedia page’. Although this is a funny line, because I left the theatre inspired to discover more about the true story, I feel obligated to say this line does a discredit to the amount of research which evidently went into the writing and performing of the play. Having discovered the actual interviews which were portrayed in scenes on stage I saw how accurately they had been reflected in the production.

Therefore, Redacted Arachnid is overall a tremendous success. To quote a famous line of relation to its subject matter, ‘with great power comes great responsibility’, and it’s safe to say the cast and crew who were involved with the adaptation of this complex true story should be happy to know that they have used their great theatrical power responsibly and to great effect.