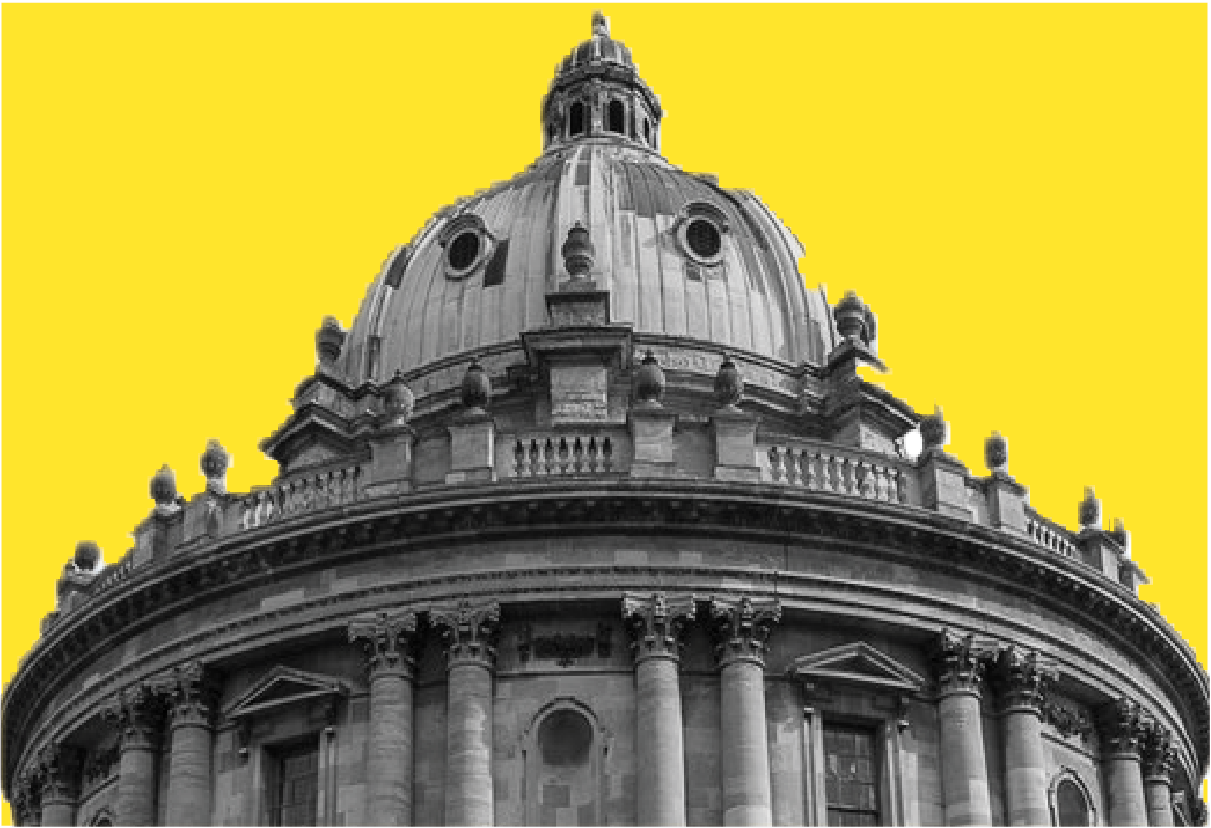 A wide regional disparity exists between college outreach links in England, Wales and Northern Ireland, The Oxford Student can reveal. Whilst there are 20 colleges that have links to areas within London, other regions have significantly fewer college outreach programmes with just four colleges having associations with the North West.

Using data from the Office of National Statistics, The Oxford Student has calculated the ratio of college outreach links to the estimated 2017 population in each area aged 18 years old and younger. On average, there are 4.5 college access schemes per million under-19s, but this varies widely across England, Wales and Northern Ireland. Given that outreach in Scotland is managed centrally by the University, outreach programmes to Scotland are not included in our analysis.

London, a city in which there are 9.5 college access schemes per million under-19s, is by far the biggest recipient of college outreach efforts. The North West, a region that includes the cities of Liverpool and Manchester, benefits from a mere 2.5 college access links per million under-19s. Students from the capital therefore benefit from nearly four times as many college outreach links per head than some of their northern counterparts. 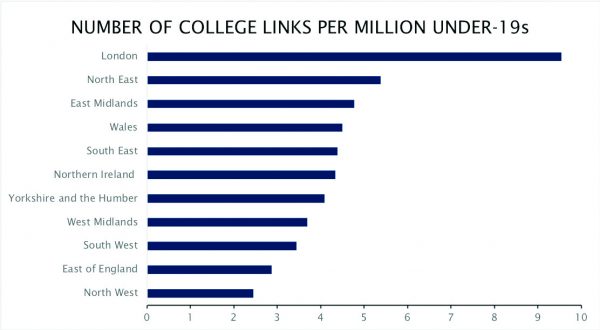 There are also significant imbalances between colleges’ non-London areas of responsibility. Magdalen college is responsible for— among other places— Derby, Nottingham, Rotherham, Sheffield and Barnsley, with these five areas alone comprising of more than 372,000 under-19s. Northern Ireland, a province of just under 461,000 under-19s, is a responsibility shared by St Catherine’s and New College, meaning a much reduced, shared load. Our analysis also opens the door to questions about the socioeconomic profiles and the sheer size of the areas assigned to colleges. LMH’s responsibility for such a vast area, spanning parts of Wales, the West Midlands and the South West, is likely to affect the implementation of their outreach programmes compared to colleges that are responsible for relatively more geographically concentrated areas, such as Balliol.

Funds are also an issue. Earlier in the term, it was revealed that rich colleges such as Magdalen spent a mere £47,000 on outreach in 2017/18—higher only than St Hugh’s. Considering the large number of students in deprived urban areas in Magdalen’s regions (both in and out of London), questions have to be asked about whether resources are being efficiently used and spread across the country, particularly when the estimated combined expenditure of New College and St Catherine’s for outreach links to Northern Ireland in 2017/18 was more than double that of Magdalen’s outreach expenditure. Queries can also be levied with regards to whether financial resources are being allocated across regions in a way that compensates for the smaller number of outreach links relative to the population of under 19s in some areas.

Concerns have been raised about the number of northerners who attend Oxford University. The Northerners Society’s web page notes that, in 2016, only 361 northerners were accepted into Oxford compared to 1,542 southerners in the same year. On their web page they argue that a significant reason behind this difference is the shortfall in applications by northerners, citing the fact that, of all students from the South who achieved at least AAA in their A levels, 42.7% applied to Oxford. On the contrary, only 22.4% of northern students that achieved at least these grades applied.

Some therefore regard the low number of college access programmes to the North West as unhelpful in terms of efforts to increase the number of northerners in Oxford University. One student from Manchester spoke to The Oxford Student, stressing their belief that outreach programmes to prospective students living in regions further away from Oxford are vital for encouraging those students to apply to the University, given the fact that it is harder for those individuals to attend open days where they might be able to gain valuable information about the University and the application process.

Oxford University Northerners Society also spoke to The Oxford Student, stating ‘given the geographical distance, and therefore the natural barrier, that exists between northern students and Oxford University, extra efforts need to be made to bridge that gap’.

The Oxford University regional links scheme is designed to offer schools in each region a first point of contact to the university. Colleges allocated a specific local authority organise access events, such as summer schools and tours of the college, to prospective students from those areas. The regional links scheme is also designed to help ensure teachers from those areas have access to accurate, useful advice for supporting their students in applying to the University.

Whilst the North West has substantially fewer college regional links compared to some of its southern counterparts, other northern areas fare much better than some southern regions with the North East receiving 5.4 college outreach links per million under 19s.

Lucas Bertholdi-Saad, VP for Access and Academic Affairs, commented on the regional inequality in outreach links, stating ‘The SU’s vision for Access to Oxford asks the University to commit to considering regional inequalities at admissions. As this data shows, we have to change our outreach programmes to further that aim. I am happy to be working with the University in its Outreach Consortia work which tries to bring colleges together at outreach, but these consortia should also involve rebalancing our outreach away from London and the South-East’.