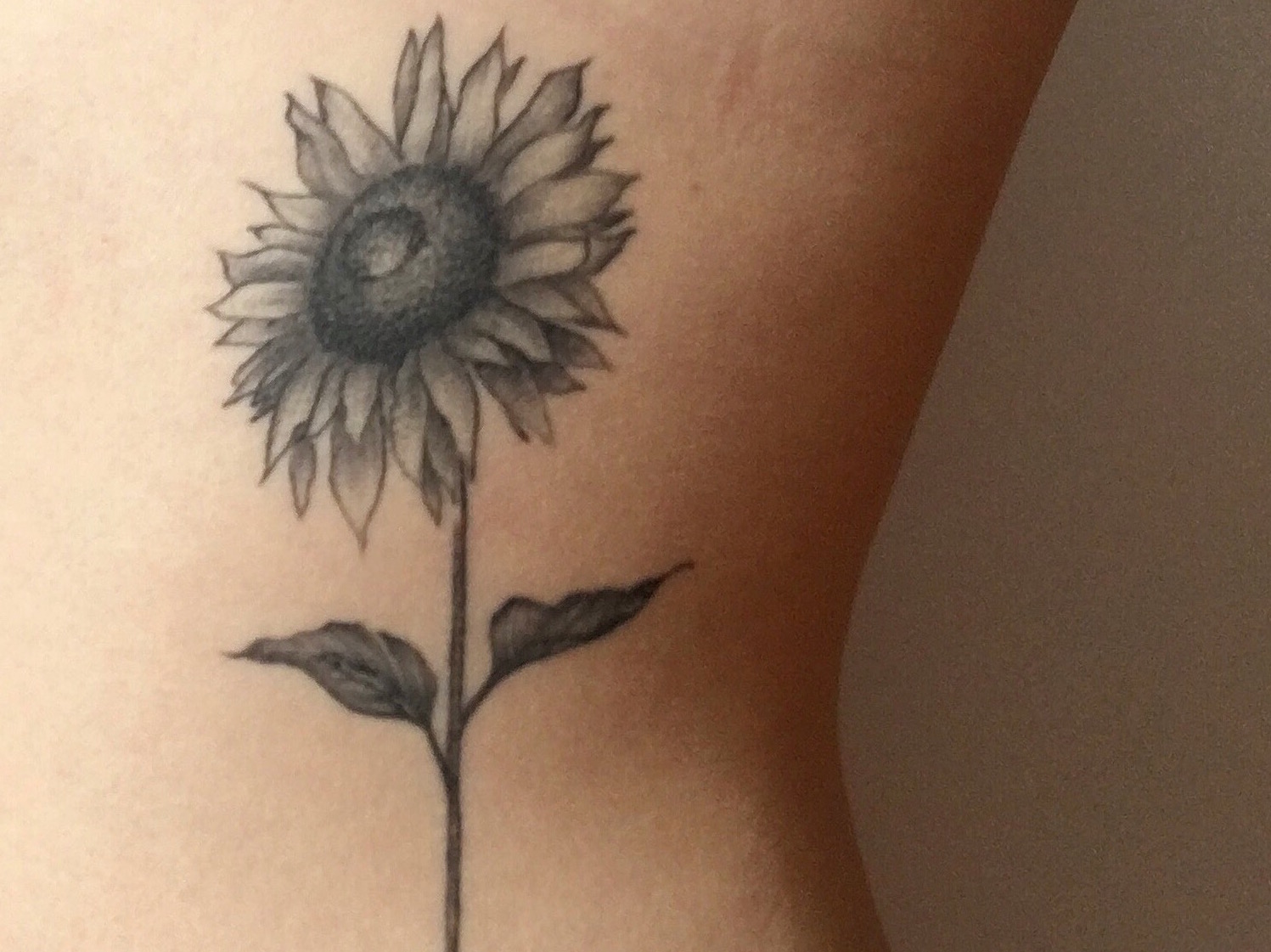 Tattoos are seen by some as quite cool, and by some of my friends as something their mother would genuinely kick them out the house for. Last November, in the midst of a mid-degree crisis, I decided to bite the bullet (needle?) and get my first tattoo, just down the road at Oxford Tattoo on St Aldates.

I went down a fairly basic millennial route and got a sunflower on my side – but shut up, I love it. It has inspired me since to buy an awful lot of crop tops in order to let the little guy poke it’s head out of my clothes so that everyone can know just how badass I am (sarcasm).

Here I will entail the stages of deliberation that came with finally taking the tattoo plunge, and the stages after that involved too much clingfilm for one girl to handle.

If you’ve ever even so much as considered getting a tattoo, you will have found yourself scrolling aimlessly down Pinterest to get ideas on what you’d like, and what you most definitely do NOT want (face tattoos, I’m talking about you).

Stage 2 – Choosing a design after months of deliberation

Regardless of what people say, your tattoos don’t have to mean anything “deep”. The extent of my soul-searching was that sunflowers are my favourite flower and they look quite nice.

Stage 3 – Actually going through with making the booking

This for me was the most nerve-wracking part, because this was where the idea of a tattoo went from a “one of these days” to a “two weeks’ time” kinda thing. The lovely man in the tattoo parlour asked me to send over a rough design in the interim, so I sent him a picture I’d found, of course, on Pinterest.

I arrived after a two-hour tute, extremely nervous and not knowing whether or not I’d made a horrific and quite expensive mistake. They led me upstairs, where the tattoo artist took a look at the picture that I had emailed, and we started to custom design it to exactly what I wanted. I had originally planned on the sunflower being about 3 inches long, but the artist recommended not having it that small, as the details would be harder for him to do and also harder to see. In a fit of recklessness that often takes over my brain in situations like this, I said “screw it”, and agreed to let him give me a 6-inch long tattoo (!) on my ribs (!!).

He first drew a template on my side with a pen, so that I could look in the mirror and make sure I was 100% happy with it. I then lay down on his dentist chair of a bed, and he got out his pneumatic drill (tattoo gun).

According to my boyfriend, who was holding my hand at the time, I was very brave when he started to draw – I didn’t even flinch. This was because he started at the base of the tattoo, which was on my lovely fleshy waist. The pain was similar to that of stubbing your toe, but constantly, and on your side. I was doing so well until he reached my ribcage, and that’s where the pain upped the ante. Now it was more like a very hot spoon being held against my ribs, and also wiggled around a bit – but you can’t flinch away unless you want your tattoo to look like it was drawn by a toddler.

I’d like the record to state that no tears were shed until the final two minutes of the 120-minute session, which is when the tattoo artist briefly decided to attempt to drill to China via my ribcage.

Looking into the mirror afterwards and admiring what was, if I may say so myself, a very nice tattoo, gave my self-confidence a nice boost. A year and a half on, it hasn’t quite deflated back to baseline levels – hence the crop tops and frequent features on my Instagram.

It’s a little known fact that tattoos do in fact hurt quite a bit. They continue to hurt for about 2 days after the fact, too. You have to wash it about 3 times a day, then slather the tattoo in what is basically lip balm, before wrapping it up in clingfilm to keep it clean. While wrapping an arm tattoo, for example, would be quite a simple affair, wrapping a side tattoo was not. After several hours making a mess with masking tape and square of film, I eventually settled for a super sexy clingfilm corset look.

Stage 7 – Telling everyone who will listen

The weekend after the tattoo had been birthed came a night out with mates, where I proceeded to show every person there my floral battle scar and recount my grisly tale. They definitely thought I was cooler for it, I promise.

Stage 8 – Writing an OxStu article about it?

So there we have it – the comprehensive review of getting a tattoo. To everyone who is considering getting one, it actually doesn’t hurt as much as you think, especially if you use your brain like I didn’t and choose a nice fatty place like an arm to get it done. Also, when you meet other people with tattoos you can automatically bond over the mutual pain – it’s like a mother’s group.

In terms of family reaction, my parents were initially wary before I reminded them that they both in fact have tattoos as well, and while my grandparents definitely disapprove, I get the joy of hearing this classic one-liner at every family gathering: “that’s a funny looking bruise you have on your side there”. Comedy gold.