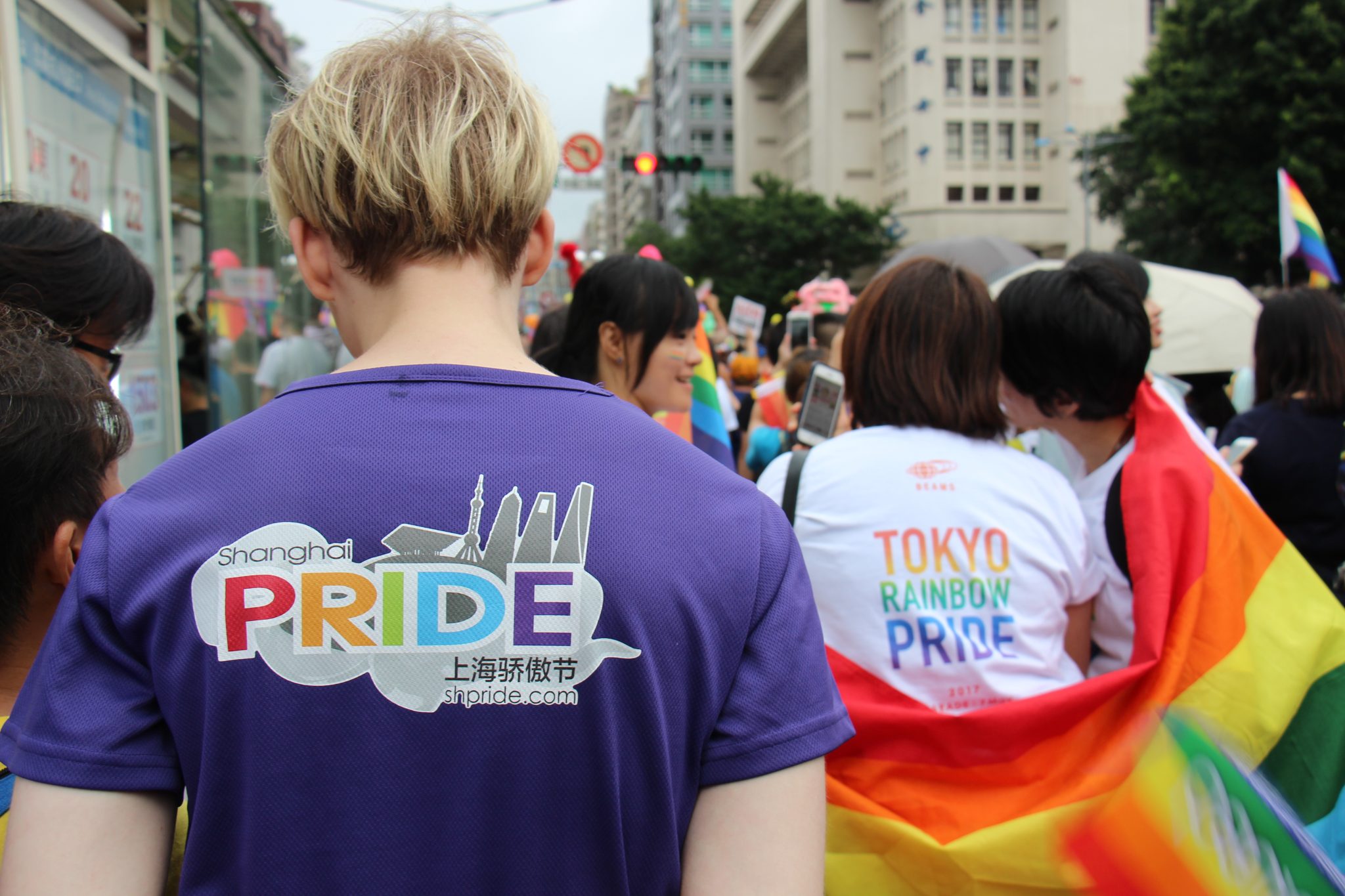 Since decriminalizing homosexuality in 1997 and removing it from the government’s official list of mental illnesses in 2001, China has gone a long way towards equality. However, LGBTQ+ television is still a taboo subject for most in the country, and the state-controlled media has tightened its conservative policy in recent years.

April 2018 saw a massive outcry on Weibo, the Chinese social media platform, when the government banned all LGBTQ+ content after classifying homosexuality as “abnormal sexual behaviour”, alongside pornographic and violent content. This was part of the platform’s so-called “clean-up act”. The week-long protest of Weibo users, using the hashtag “#IAmGay” in Mandarin, began trending and was shared over 150,000 times.

Weibo initially banned the hashtag and deleted most of the related comments, but the movement kept growing and eventually successfully pressured the government to backtrack on the ban. This incident was regarded as a major step forward by many activists and allies. But in reality, the silent crackdown continues. China’s LGBTQ+ media and television has maintained its zero-visibility policy ever since.

“Coming out will inevitably lead to career suicide, or even a ban from state-controlled media.”

The visibility of LGBTQ+ public figures on national television and mainstream media has also suffered from the crackdown. The first and only mainland Chinese LGBTQ+ celebrity, Jin Xing, a transgender woman, dancer and TV host, was the most prominent LGBTQ+ figure in China, hosting a talk show on national television for two years. The show was cancelled for undisclosed reasons. Jin has shared her transition journey publicly, but was never vocal about LGBTQ+ rights on camera. There are no other openly LGBTQ+ celebrities apart from Jin in mainland China, as coming out will inevitably lead to career suicide, or even a ban from state-controlled media. Kevin Tsai, a well-known Taiwanese TV host, author, and openly gay activist, is similarly silent. Despite being very a vocal activist back in Taiwan, Tsai rarely talks about LGBTQ+ rights when appearing on shows in the mainland.

Nevertheless, the major canal for the Chinese to acquire LGBTQ+-related information is through television shows. This is due to the deliberate lack of educational information on the Chinese internet inside the “Great internet firewall” and the tough crackdown on using virtual private networks (VPNs) for browsing foreign websites. Exacerbating this is the limited sexual education provided in schools and virtually zero accessible information on sexuality. Some secondary school health education textbooks were exposed just last month by Weibo users that, again, classified homosexuality as “unhealthy acts”.

The silencing of LGBTQ+ voices extends to online streaming services: any show depicting gay romance, or that is remotely indicative of a same-sex story line, are banned from websites, or else their producers are forced to edit out romantic scenes. ‘Shang Yin’, directly translated as ‘Addiction’, is one of the most popular gay drama series among straight female audiences, and concerns an unrealistic high school love fantasy between two attractive “twinks”, both played by straight actors who later distanced themselves from the show and expressed remorse for playing gay roles. The government’s department of broadcasting ordered a complete ban during the airing of the show, and publicly denounced homosexuality as “unhealthy relationships” along with extramarital affairs. The most recent fantasy show, ‘Zhen Hun’, or ‘Guardian’ in English, was a show based on a gay romance novel. Even though the actual show itself did not depict any remotely intimate interactions between the characters, it was still forced by the government to edit out what they deemed to be “flirtatious scenes”.

“Conservative folks may easily hate on the distant LGBTQ+ community they know nothing about, but their hearts might change if they hear about the coming out story of their own nephew or niece.”

For the Chinese LGBTQ+ community and its allies, when there is a will, there is a way. Progressive and modern LGBTQ+-themed television shows like Modern Family, Will and Grace and RuPaul’s Drag Race are available via torrent sites, along with LGBTQ+-themed films and recorded Broadway plays. But this respite is precarious since watching pirated TV shows is illegal; the Damoclean government may crackdown further on the industry at any point.

At the moment, I personally don’t think there are any effective methods to raise LGBTQ+ visibility in the Chinese mainstream media and state television, given the hegemony and the censorship of resisting voices. What the Chinese LGBTQ+ community should really focus on is personal story-telling, and trying to be visible in everyday lives if possible: tell people the story of your own journey and help them to relate and empathise. Conservative folks may easily hate on the distant LGBTQ+ community they know nothing about, but their hearts might change if they hear about the coming out story of their own nephew or niece. We need to show them that we have more similarities than differences. We all work hard and pay our taxes, we are all citizens of the same country, and we all deserve the same rights, respect and recognition.