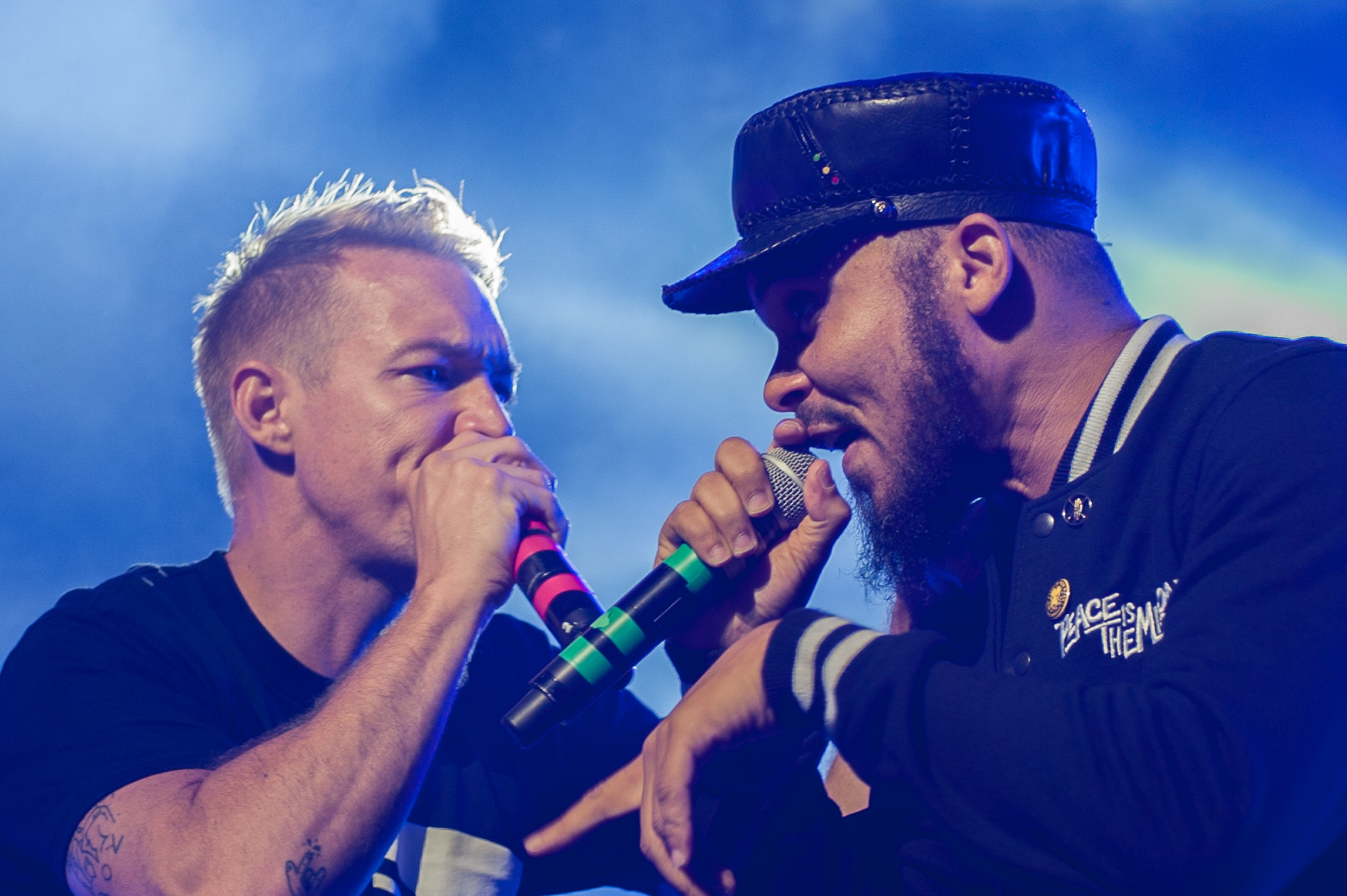 On first listen, the soft-spoken melodies created by Australian rapper Genesis Owusu (born Kofi Owusu-Ansah) don’t immediately ring as political. Yet, his creative pursuits in both music and fashion speak out against racial inequalities and misguided preconceptions of his culture, with his lyrics consciously stemming from his own upbringing as a black person in the predominantly white society of Canberra. Fusing jazz with hip hop in a style that he calls ‘21 st Century punk jazz’, Genesis’ power as an activist reminds us that even the most palatable melodies can deliver unapologetic political statements. Ghanaian pride characterizes both his stage name—which he changed from simply ‘Genesis’ to ‘Owusu Genesis’, despite encountering difficulties with people’s often incorrect pronunciation—and his song-writing process.

In ‘Awomen, Amen’, Genesis features an excerpt from a speech given by anti-slave speaker Sojourner Truth at a women’s convention in 1851, titled ‘Ain’t I a Woman?’ delivered by Owusu’s Zimbabwean high school friend, Abi Maminimini. In a recent interview with Huck Magazine, Genesis explained the meanings behind his latest release, ‘Wit Da Team’, a groove-laden track which grapples with cultural appropriation. ‘You can’t care about black culture or actively consume and take on black culture without acknowledging black people and where that culture comes from. Because a lot of that culture stems from struggle—you need to be able to acknowledge that, you can’t just take the elements whenever you want and disregard the people who made it’. This speaks to the wider question about the cultural production of black communities repackaged and commodified by non-black people.

Cultural appropriation is perhaps inevitable in a modern-day culture of musical sampling, which has created a matrix of continual cross-fertilisation, the layering of old styles with new ones, and weaving in soundscapes from far and wide. Indeed, this is what has made pop as it is today—an intrinsically mixed genre replete with the distinct rhythms of African artists, centuries on. Something of the host population becomes the stimulus for cultural mutation, which, to some extent, has fuelled the exciting progression of dance sounds all over the world, from garage to grime. Yet, at what point is being influenced by something celebratory, and at what point is it cultural hijacking?

Jamaica’s dancehall scene, inseparable from its geographically-specific sound system culture, has laid the rhythmic foundations for the works of many of today’s pop artists, from Justin Bieber to J-Lo to Tyga. Dancehall grew from the dance hall spaces that were vital platforms for shaping forms of resistance during 1970s Jamaica, reflecting the lifestyle experienced by the country’s disenfranchised communities. Whilst our current decade’s pop artists have brought new dimensions to dance hall—taming its sonically arresting, unapologetically raunchy and occasionally homophobic ‘riddims’—they have also appropriated and deracinated this genre of resistance, renaming it ‘tropical house’—a slower house, with folky, ‘ethnic’ elements. It has become synced with the mainstream.

Jamaica is currently enjoying a latter-day conscious roots revival headed by artists like Chronixx and Jah9. However, even as the iconic ‘One Love’ vibes of Bob Marley achieve revivification, theft of the island’s 1990s cultural patrimony has occurred. Producers such as the Norwegian DJ Matoma are now responsible for introducing the tropical house and dancehall gloss to many of today’s hit records. Yet, the cultural context of their Jamaican origins has become so effaced in this process that it no longer simply suggests cultural appropriation, but rather, wholesale heist.

The fracas around musical appropriation is not so much aesthetic as it is about money, entitlement and power relationships. As writer, musician, broadcaster and NYU music professor Jason King says: ‘Cultural borrowing is always connected with stolen labour in our society of asymmetrical power relationships’. Notable high-rankers in this hierarchy include the suave, debonair international DJ and producer Diplo, aka Major Lazer, known for his collaborations with Madonna, Beyoncé and the Weeknd among many others. The Caribbean-oriented Major Lazer trio is a diverse assembly, comprised of the Trinidadian DJ Jillionaire and Chinese-Jamaican producer Walshy Fire. Diplo and his platoon have stormed the music scene in Jamaica; yet, Major Lazer’s success highlights the chasm between a white American DJ, and the lesser-known, often darker-skinned, originators.

‘Run the World’, Diplo’s Beyoncé rendition of ‘’Pon the Floor’ (2009), a 2011 smash, was a dancehall track—though not labelled as such. Diplo has tried to ‘give back’ through his experimental Mad Decent label and Heaps Decent, its Australian-based nonprofit associate, which promote emerging young artists from marginalized communities. But, as musician and writer Boima Tucker reports on the radical site ‘Africa is a Country’, less than one percent of his earnings actually go towards these efforts.

However, there are promising signs of resistance to this defacing kind of cultural ‘revival’, and a way of repositioning those artists and cultures often left at the fringes of reaping its credits. New York’s pan-global DJ, producer and writer DJ/rupture recently spoke to the Guardian’s Dan Hancox: ‘It feels like the technology is almost in place to allow that, if someone makes a beat on their laptop, they could sell it on their phone, and get all the money for it, direct. It comes down to this basic thing—how to give, say, a weird Angolan techno producer their dues?’

Yet, in light of recent protests against museums displaying stolen artefacts, this last question appeals less to the need for ‘money’ to go to the right place, and more to the natural right of marginalised communities to be respected and heard. In addition to proper pay, global visibility of a country’s musical histories, seminal figures and linguistic origins will help level the asymmetrical playing field. There’s not necessarily opposition to sharing or letting others revel in the distinct colours of a country’s vibrant culture, but considering the rich history behind how these genres were spawned, there’s rightfully some defensiveness towards the potential of reducing the culture to commodified curiosities soon to be washed away with the wave of the next musical trend.