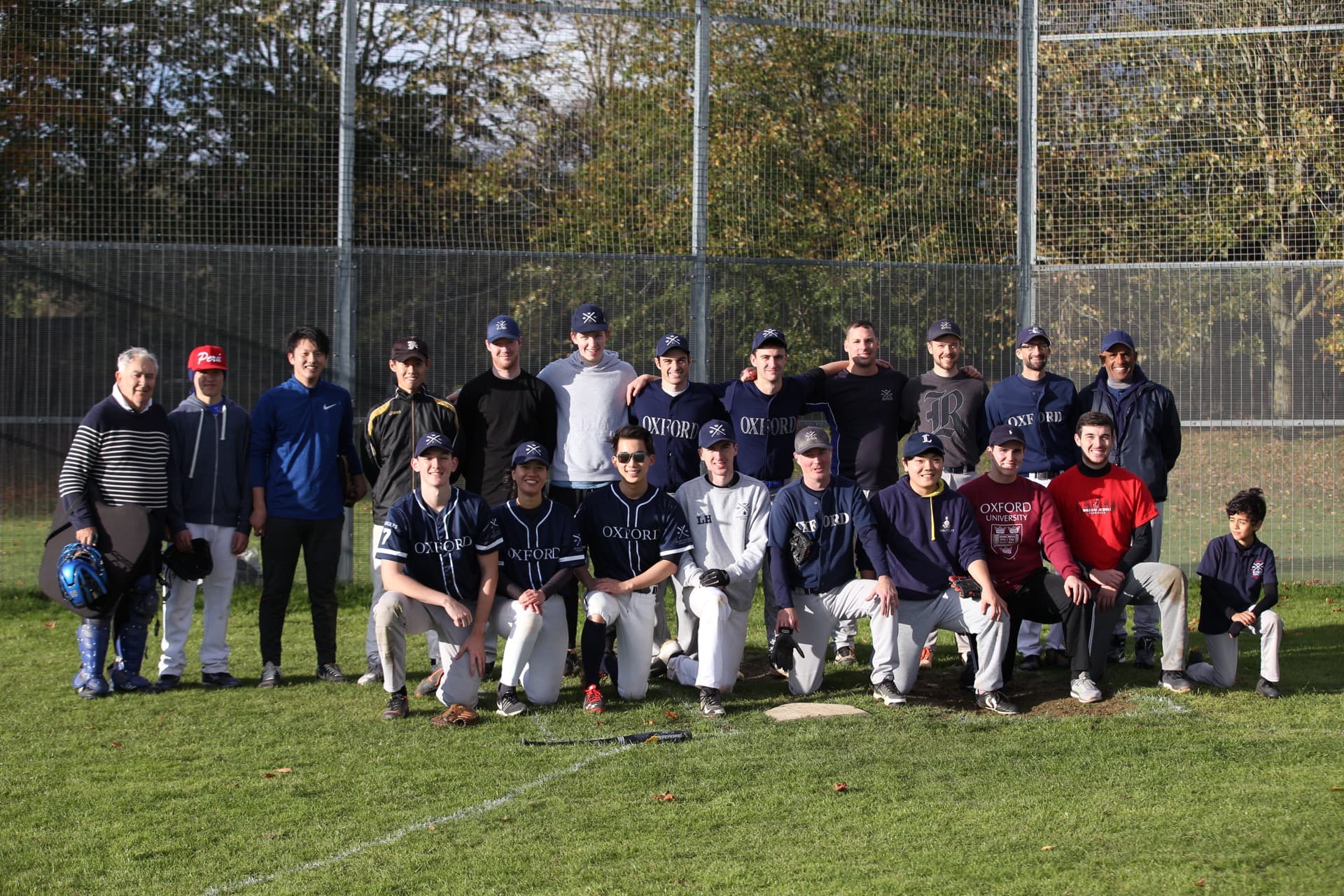 Ahead of the London Series between the Red Sox and Yankees in June, Oxford students were able to enjoy some baseball last weekend as the Oxford University Baseball club took on Cambridge in their first-ever home Varsity match. The teams squared off at 12:30 on Saturday, 2 March at the Horsepath Sports Ground with free admission.

The Oxford baseball team was revived in 2017 after the previous iteration of the club folded a few years prior. After a challenging first year of play, Oxford has emerged as one of the strongest university teams in the country, going undefeated in league play.

A large part of the team’s success this year is due to increased depth. Last year’s squad relied heavily on star pitcher Machmud Makhmudov, who played as an undergraduate in the United States. Makhmudov dominated on the mound, but the team still struggled in tournaments when he was not able to pitch every game.

While the team still benefits from American and Japanese ex-pats who played growing up, increased training intensity and a higher level of commitment have raised the talent level of the entire club.

“In the very beginning there were training sessions where only two people other than myself have turned up,” club founder Jae Park said. “We went from being unable to form a team to being the lowest-ranking team in the nation and finally to topping the league table.”

This is just the beginning for the Oxford baseball team. After the Varsity match, the club will compete in the National University Baseball Championships, where in the fall they finished as the runners-up to a perennially strong Loughborough squad.

The fall tournament was held before the start of Michaelmas term, so the Oxford team was missing several key players. Bolstered by several new additions, Oxford are the favourite to bring home a national title.

However, the team’s goals do not stop there. The baseball club also will be applying for half-blue status with the university next year after playing their third varsity match against Cambridge. Furthermore, there is a proposal by Baseball and Softball UK to make baseball a BUCS sport in 2020, which would create exciting new opportunities for baseball at the university level.

“The future is bright for baseball in Oxford. There’s been a rapid expansion of interest and talent in our sport across the UK,” team captain Tom Carroll said. ” Our club’s goal is to build off of the success of our current year to solidify ourselves among the best of this growing pool of talented teams.”

While the team has high hopes for next year, currently all focus is on the upcoming Varsity match. Like Oxford, Cambridge profits from having a large international student pool to pull players from. This created a close game last year that saw Oxford stage a late comeback after a disastrous start, only to fall just short, losing by a score of 14-10.

Confident from a successful campaign this year, Oxford will be looking to reverse this result and score an important win at home. Consistent pitching and power hitting have carried the team this year, but vice-captain Kean Murphy feels that “we will need to ensure that our defence remains tight even if we pull ahead through our offence.”