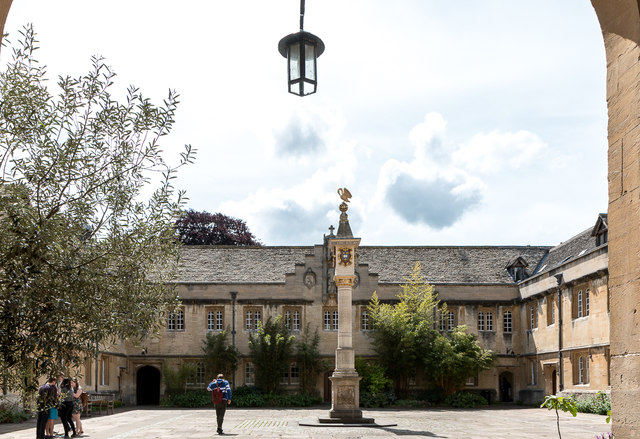 The JCR’s open letter criticised the development of the new college for showing  “a shocking disregard for the quality of life in the institution it would produce,” claiming that it is  “justified only by the goal of maintaining the University’s league table rankings”.

Edward Heart, one of the sponsors of the motion, went on to tell The Oxford Student: “[University authorities] have to start considering the quality of the life at the college they are creating and what steps they will take to guarantee it is on par with the rest of Oxford.”

On its website, Parks College is described as “vibrant research and social community, which actively promotes interdisciplinary exchanges through a programme of seminars, workshops and reading groups, and encourages innovation and entrepreneurship”. In a Q and A session for students on Wednesday, Lionel Tarrassenko confirmed that Parks college is planning to accept its first cohort in 2020.

The open letter further criticised the proposed college for failing to “embrace Oxford’s long history of founding colleges to include those from marginalised backgrounds and to improve the lives of those outside the College system.” It cites examples of various other colleges that were established with the stated goal of expanding access and inclusivity, such as “the foundation of the women’s colleges, the foundation of Mansfield College for non-conformist Christians and the foundation of St Catherine’s and St Cross for those without college affiliation.” The letter argues that the Parks College proposal lacks similar access initiatives.

The letter also expressed scepticism for the co-sharing system that has been proposed: “Parks College will lack almost everything associated with an Oxford college…Every space is temporary: a room will one day be a library, the next, a seminar room, the day after, a public exhibition. How can academia flourish without a permanent space?”

The letter concluded: “The University offers nothing – a half-hearted college, cynically preying on outsiders’ unfamiliarity with Oxford – in return for self-aggrandisement and tuition fees. This proposal demeans the University and the Colleges. It must be reconsidered.”

In response to the letter, Professor Lionel Tarassenko, appointed to oversee the Parks College proposal, said that “Parks College addresses one of the key education priorities in the University’s Strategic Plan, which is to increase the intake of graduate students across all four divisions by up to 850 a year by 2023, while maintaining quality.

“As with other graduate colleges at Oxford, it will have an outward-looking and inclusive ethos, which embraces internationalism and diversity. As with St Cross College when it was founded, the Fellows of the college will be University professors and researchers who do not currently have a college affiliation.

“The plans for the new college and the allocation of space were approved by Council on 11 March, and will now be put before Congregation in early Trinity term. The OUSU VP for Graduates is a member of the Programme Board which is responsible for the development of the plans.

“We are actively encouraging students to participate in the planning for the new college. We have been running Q&A events for students in partnership with OUSU, and we are inviting students to help shape the academic blueprint of the college at a series of focus groups, which will take place in late April and early May.”

The open letter was mandated by a JCR motion that passed with 13 votes for, 2 against and 7 abstentions. The motion also called for the “the Oxford SU Officer to object to the Parks College proposal (should it come up) at any future OxSU meetings”.