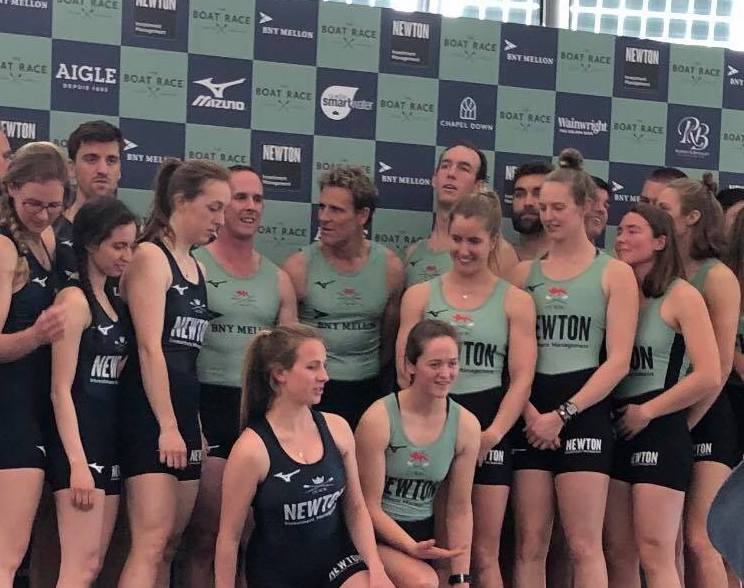 The Oxford women’s crew go into the race with a crew 9.5 kg lighter than their Cambridge counterparts, while the men’s crew outweighed the Cambridge crew by just 1.3kg. In their training period so far, the crews have rowed a combined 3500km.

Cambridge won both the men and women’s race last year, but coaches are cautiously optimistic about the upcoming races. Remarking on the men’s boat, coach Shaun Bell said it was a “good bunch of guys this year”. He went on to say that the “crew members come from lots of different rowing programs and coaching backgrounds, so it’s difficult to bring the technical side of things together”. Despite this, Bell says the crew are “working hard” and are “almost there”.

The coach for the women’s boat, Andy Nelder, was similarly hopeful, remarking that the “squad is healthy and large this year”. He put last year’s loss down to a “standing start,” as they were crippled by bad weather.

Meanwhile the Cambridge women’s coach, Rob Weber, who joined Cambridge this year from Hamilton College, New York, has been dedicating his time to “learning the course” and spending “as much time as possible out there”.

The men’s crew breaks a number of firsts. Felix Drinkhall, from LMH, is the first undergraduate president since Constantine Louloudis. The stroke, Augustin Wambersie, from St Catz, is the first Belgian to compete in 156 years.

Felix Drinkhall (LMH) is also the only returning member of the men’s boat, while both Renée Koolschijn (Keble) and Beth Bridgman (St Hugh’s) are returning for the women’s race this year.  Renée has moved from Bow to seat 3, while Beth has moved from stroke to seat 6.

The cox for the men’s crew, Anna Carbery (Pembroke) mentioned how she is preparing for the race by “visualising the race course”. She added, “determination is my greatest quality”.

In the men’s crew, Charlie Pearson (Trinity) says that he is preparing for the race by “eating well, sleeping well and trying not to worry about what you cannot control”.