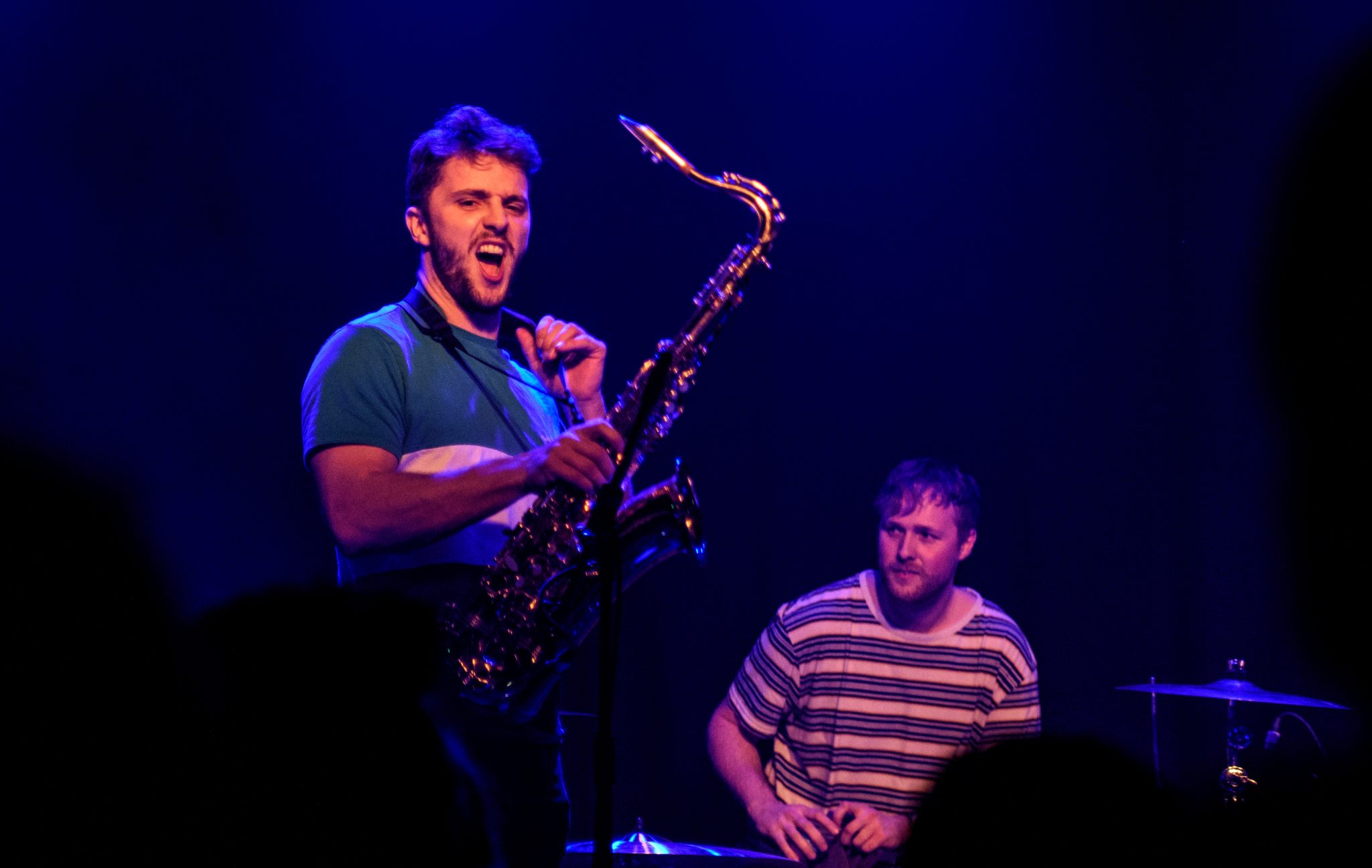 What got you together as a band?

So weirdly, James the singer, he and I met at a live band karaoke night. So I play in a live karaoke thing which is quite fun where you have a song book of sort of two hundred tunes from like Dancing Queen to like I Believe in Miracles et cetera, and people from the audience pick a song and then the live band plays the song and they sing. And James was there – this was at Kellogg college last year – and he said “could you play like a hip-hop beat for me? I don’t want to do a song from a song book, I want to do like Rapper’s Delight or something like that”, and we had a bassist who could do the beat. Then he did some rapping and I was like “that’s really cool” – he did lots of freestyling and I was very very impressed. So got chatting to him after that and he just came to my room and we played piano and did some stuff and immediately it was really really clear that we just liked the same sort of stuff. It kind of went from there, and then we found each new person in the band gradually over the next few months.

Do you do quite a lot of covers and then the odd original song?

No no, absolutely not, mostly ours. So we’ve got our main set – most of the gigs we do are sort of half an hour/forty-five minutes long, and if we do that we do all originals and then one cover. But then if we play a bigger gig, like an hour/an hour and a half, then we tend to include more covers. But we’ll often do them with like a Brasc0 flavour, so we’ll play a cover but then we’ll scrap the verse and get James to rap over the verse and then we’ll all sing the chorus together or something.

So what are your main influences? Is it hip-hop kind of stuff?

It sort of depends. I think different people, because there’s seven of us, everyone kind of has different things to bring which is really nice, ‘cause I’ll write something on the piano and I’ll have something in mind and then someone will come and be like “I like part of that but I think here we could do this instead to make it more interesting,” and through kind of mutual rejection and acceptance we end up getting something that all of us quite like and then I think it potentially appeals to more people as well ‘cause it’s not just like one of our views. 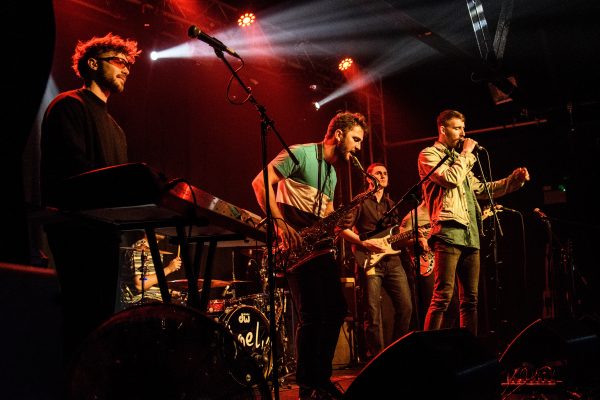 So what sorts of things are you all interested in?

So I mostly listen to jazz, and in particular kind of Bebops and kind of 40s/50s stuff and there’s some modern jazz that I like, but a lot of it is like not very aggressive, not very funky, it’s more like smooth. Whereas James I would say is probably more into hip-hop being like the rapper, although I do quite like hip-hop as well and we like quite similar hip-hop which is like soft, smooth jazz stuff in the background and then rapping over the top, so if you know like Tribe Called Quest or Nujabes – these are some like hip-hop artists that we both quite like. Our bassist and guitarist are a bit more into funky music. Steven our guitarist is like a blues player really, so he learnt to play blues guitar first before doing anything else, so everything he brings has got quite a sort of rhythmic bluesy texture to it, and I’d say both Crescente the bassist and Steven the guitarist are a bit more like upbeat in their leanings, so I’ll write something that’s all sort of like smooth and like down and almost melancholic and then they’ll be like “It’s really boring, we can have your bit for like twenty seconds and then we need some proper rhythms that everyone will dance to type thing”.

Who does most of the song writing?

Yeah, so usually ideas start with me on the piano or our guitarist or bassist brings an idea along, and then we’ll add parts around that, and I’ll have like a vague idea of what I want in mind, and then other people will…I mean no one really has complete control. So like if everyone when asked doesn’t like something I’m doing then I just won’t do it. I think most of the songs we do everyone ends up really really liking them. I guess it depends.

Are you planning to continue the band for a long time?

Yeah absolutely. […] My absolute dream would be to play the other stage at Glastonbury which is like the second biggest stage, on like Saturday around about nine o’clock just as everybody’s getting warmed up for the evening. So that’s the long-term dream goal which probably won’t be achieved but its nevertheless nice to have, but then the short-term goals we’ve got one single out, […] we’re gonna try and get two more songs out in the next month or so, and then we’re also working on some new originals and we kind of want to broaden out of Oxford a little bit. So far all of our gigs have been in Oxford […] we’d quite like to start playing some small festivals […] and also to broaden out into another city. We’re currently trying to think about which one would be best to go to but maybe Bristol.

Brasc0 are anticipating releasing several more singles over the next couple of months, and also aim to release their first album in a year or so. The band is made up of almost all graduate members of Oxford University and their music can be found on YouTube, Spotify and iTunes.

Getting passionate with Twin Atlantic