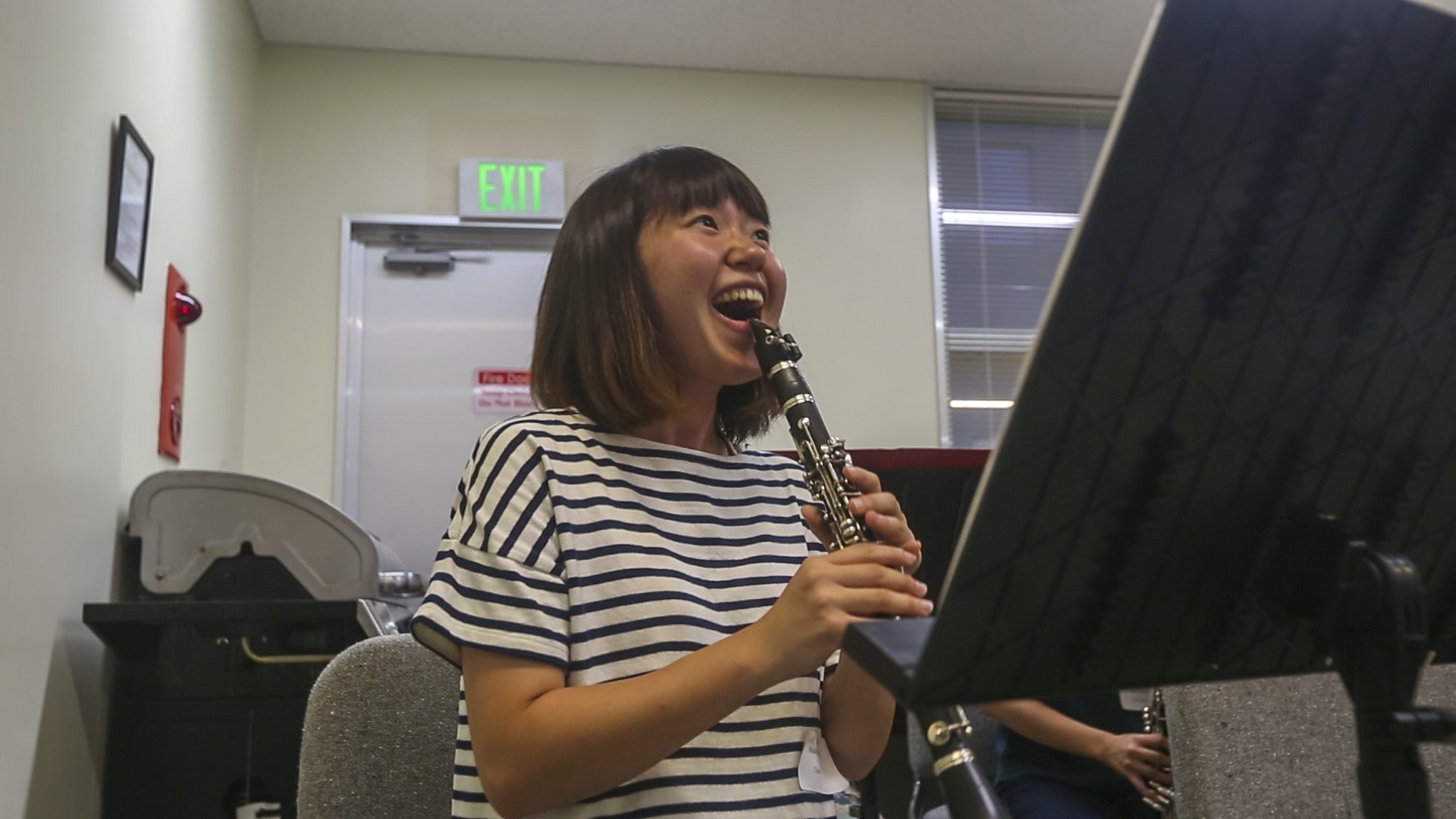 A student from University of the Ryukyus laughs during a clarinet lesson July 14 aboard Camp Foster, Okinawa, Japan. The university band’s wind ensemble received music lessons and was able to perform march “Sky Blue Dream” along with the III MEF Band. According to Gunnery Sgt. James M. Stanley, the enlisted conductor with the III MEF band, the visit was an excellent way to promote a long lasting partnership between Okinawa residents and the Marine Corps through music.
Life
·18th March 2019

What do you think should be done about the cuts in music education? Should we let music as a discipline die out? What did you enjoy about music classes at school? Did you find them valuable?

In truth, I am writing this because in the pitch for this article a particular question angered me: Should we let music as a discipline die out? The wording of this alludes to a prevalent assumption that music is not ‘disciplined’ and that to study music is to do band practice all day and goof off. There is also a clear lack of distinction between music education and music as entertainment. Music will obviously never ‘die out’ per se, but its accessibility is what is at stake.

Naturally, I am hugely biased given that I study music at Oxford and music has been extremely integral to my life since I was 9. I do not, however, want to spout clichés about music being a ‘universal language’ or an ‘expressor of emotions’ to raise awareness of how catastrophic it would be if music died out as a discipline. Nor am I going to reel off statistics about the yearly decline of students taking creative subjects for GCSE and A level, followed by preaching about how creative subjects improve abilities in other areas (which they do, but they are also beneficial in their own right). This has been argued enough times and, no matter how true they are, these statements are not getting through to those with the most power to change our abysmal provisions of UK arts education. Instead, I would like to put forward the hypothetical situation of what would happen if we allow music, and the arts, to die out that applies to everyone, regardless of their musical background.

It is easy to not consider the vast impact music has on your life beyond a Spotify account and gigs. Of course, these are important but think about what would happen if you removed music from every mundane aspect of your life. You would not be able to listen to music when travelling. The soundscape of shops, bars and clubs would be dominated by talking, the sound of machines whirring or silence. There would be no festivals, no ‘sound of the summer’, no ringtones, no theme tunes, no jingles, no karaoke, no bops(!). Films would consist of dialogue and background noise. You would walk up the aisle to the tune of your own footsteps and the sound of the congregation breathing. No one would sing you happy birthday. No one would dance.

This list could be incredibly extensive and I am not saying these are the only ways in which music adds value and joy to our lives. It is, however, worth thinking about how much it infiltrates our existence and what would be lost, as this is a reality that is edging increasingly closer. State education provisions for music education are depleting rapidly, all of which can be linked to a lack of funding from an incredibly apathetic government.

Furthermore, what is available is lacking in quality, accessibility and affordability. Honestly, I did not find GCSE and A level music very compelling and it would be a lie if I told you I couldn’t be doing this degree without these two qualifications. To some extent they help with my degree, but I find myself being surprised when something I learnt at GCSE or A level is relevant to a module I am studying (which shows how rarely that happens…). Many UK music degrees are no longer stating music A level as a requirement, with common substitutes being grade 8 music theory (through private lessons…) or nothing at all.

It is dramatic to state that music will cease to exist without suitable provision in schools, but it is not dramatic to say music’s diversity will decrease. If music provision in schools and music hubs continues to be cut and less children have access to affordable music education, the only voices we will hear in the future will be of those who can afford to pay £50 per hour (or more…) for instrumental/vocal tuition and those who possess the cultural capital to take up an instrument in the first place.

I don’t have all the answers (and I really wish I had some of them). One thing I do know can help is if more people take this issue seriously. I find myself increasingly greeted by blank faces when I try to express what a crisis this could be for the music industry, including from people who work in music! You don’t have to study music to appreciate its value. You don’t have to be as addicted to it as I am to be concerned about its departure from our classrooms. Music changed my life enormously but this is not to say it has to change your life for you to care. Even thinking about how your life would change if music were to ‘die out’ as a discipline should be enough to scare you about the direction music education is taking.

There are ways in which we can all do more. I write to my local MP and Theresa May as often as I can using templates provided by the ‘Bacc for the Future’ campaign. I bring the issue up as often as I can with my tutors and I attend events where music education is discussed and debated. I don’t claim to be doing everything I can be, nor do I write much on the issue when I should probably write more… But sometimes it feels like shouting into an empty tunnel and it would be good if some more people were willing to help find the light at the end of it.