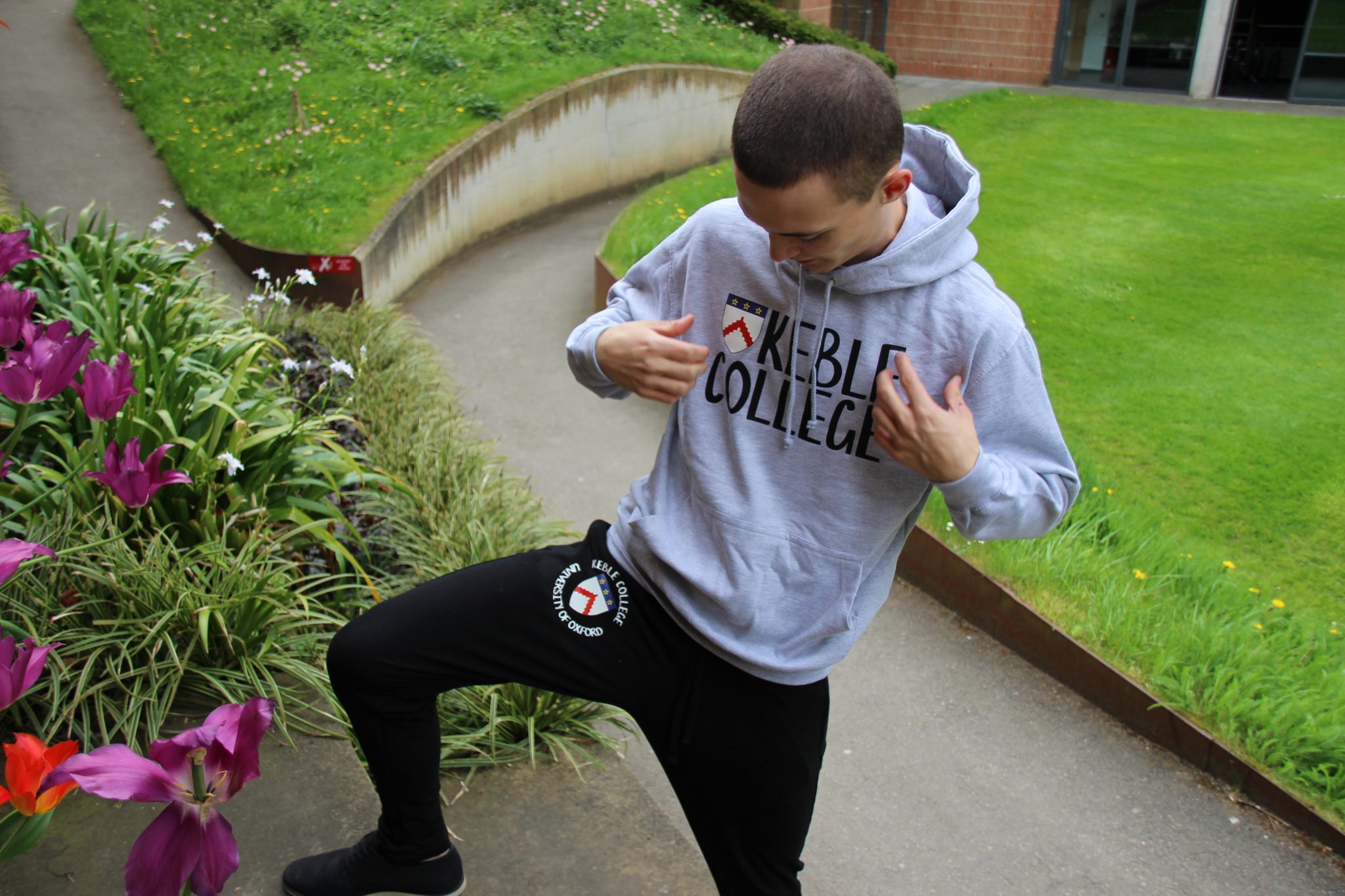 In opposition to stash

I am not the fashion police. I am not even the fashion civil service. I am, at the very best, some minor local government body of fashion; a member of the parish style council, maybe. But even in from this lowly vantage point, I feel obliged to offer some advice to the general populace of Oxford, because you, yes you, or at least a very large percentage of you, are making a huge sartorial mistake.  It’s a mistake so common, so all pervasive, that it’s likely you haven’t even noticed. It is the air pollution, the small talk, the Green Sleeves of bad style, and it is hanging over our city like a gormless, artless pox.

I am speaking, of course, about college, university, society branded hoodies, puffer jackets, and general apparel. I am a postgraduate here, a blow in from another university where I can truthfully say I knew not a single person who owned so much as a university branded sock. I started to realise that I was in another land, style wise, soon after arriving in Oxford, but the sheer extent of the problem only became apparent to me some weeks ago. Pausing in the midst of an intense academic reverie (…) in my own college’s library one evening, I looked around me to realise that I was the only person not wearing a college/ university branded outfit. I was aghast.

Part of what is so aggravating about blanket of branded hoodies et al which a vast swathe of the Oxford student population is donning at any given moment is the sheer waste it suggests. You are students! This is your chance for adventure, style wise- the world of employment will be unforgiving when it comes to experimentation, and you’ll be there for a rather long time, so seize the chance that the dilettante, library-heavy life of a student offers with both hands. Wear wedding dresses to your seminars. Experiment with shoulder pads and Withnail-esque overcoats, dress like you’re in Grease, dress like you’re in Cabaret, cut yourself a bad fringe, cut yourself a mullet, develop a line in velvet smoking jackets, dress like a member of the Sugababes circa 2003 (golden era). Wear charity shop overalls and old military jackets. Wear terrible hats. Wear only yellow. Wear only tartan. Stud your clothes with safety pins. Wear angel wings and feather boas. Wear terrible t-shirts you’ve designed yourself. Sow your own clothes. Knit your own clothes.  Have a new romantic phase, a hippy phase, a goth phase, a New York City circa 1977 phase. Dress like Julian Casablancas. Dress like Debbie Harry. Try and nobly fail to dress like David Bowie. Dress like Harold Wilson or Robert Smith or Vita Sackville West. Dress like Aleister Crowley- do as thou wilt, but for the love of God, don’t waste this precious opportunity for ambitious, regrettable, in-other-contexts unacceptable clothing choices on (I hate the words; I spit the words) college branded hoodies.

I am a postgraduate here, a blow in from another university where I can truthfully say I knew not a single person who owned so much as a university branded sock.

Besides the obvious paucity of sartorial imagination, there is something I find insidiously awful about this strange uniform so widely adopted. I cannot quite put my finger on it; somewhere between insecurity (a constant assertion that yes, I do, in fact, go to Oxford) and conformity (I go to Oxford, and this how we dress here) and sheer drabness (I go to Oxford, and none of us have any taste). This uniform does not even have the recommendation of a particularly low price; at my own college a puffer jacket will set you back £40, which is I understand a fairly low rate. I make that 40 items in a poundsale- or, if we’re feeling upscale, 3 or so very decent coats from Gloucester Green. There is probably an argument to be made that, while these prices aren’t low, they aren’t massively high either and could probably be described (by people other than myself, whose entire outfit at the time of writing comes to a big £7, shoes excluded) as affordable, thus creating a kind of neutral ground, a plausibly classless middle class society.

Is it that the bulk of our population has just stumbled from secondary school and is seeking the unimaginative comfort of a uniform? Or is it something about Oxford students particularly, a tendency to studied neutral that will, we imagine, serve us all so very well as backbenchers and city types?

My sociological analysis of this phenomena is likely cack handed and better left to real sociologists. My sartorial analysis, however, is one by which I very much stand; my heart breaks a little at every missed opportunity, every funny, bad, good, cool, weird outfit lost to the gnawing void of college branded hoodies.

Don’t try and respond to this article; given that I’ve just launched a personal attack on a majority of this city (and indeed my own friends), I’ll likely have to go into hiding. This shouldn’t be too hard- I’ll just borrow a college puffer jacket and vanish into the crowd.