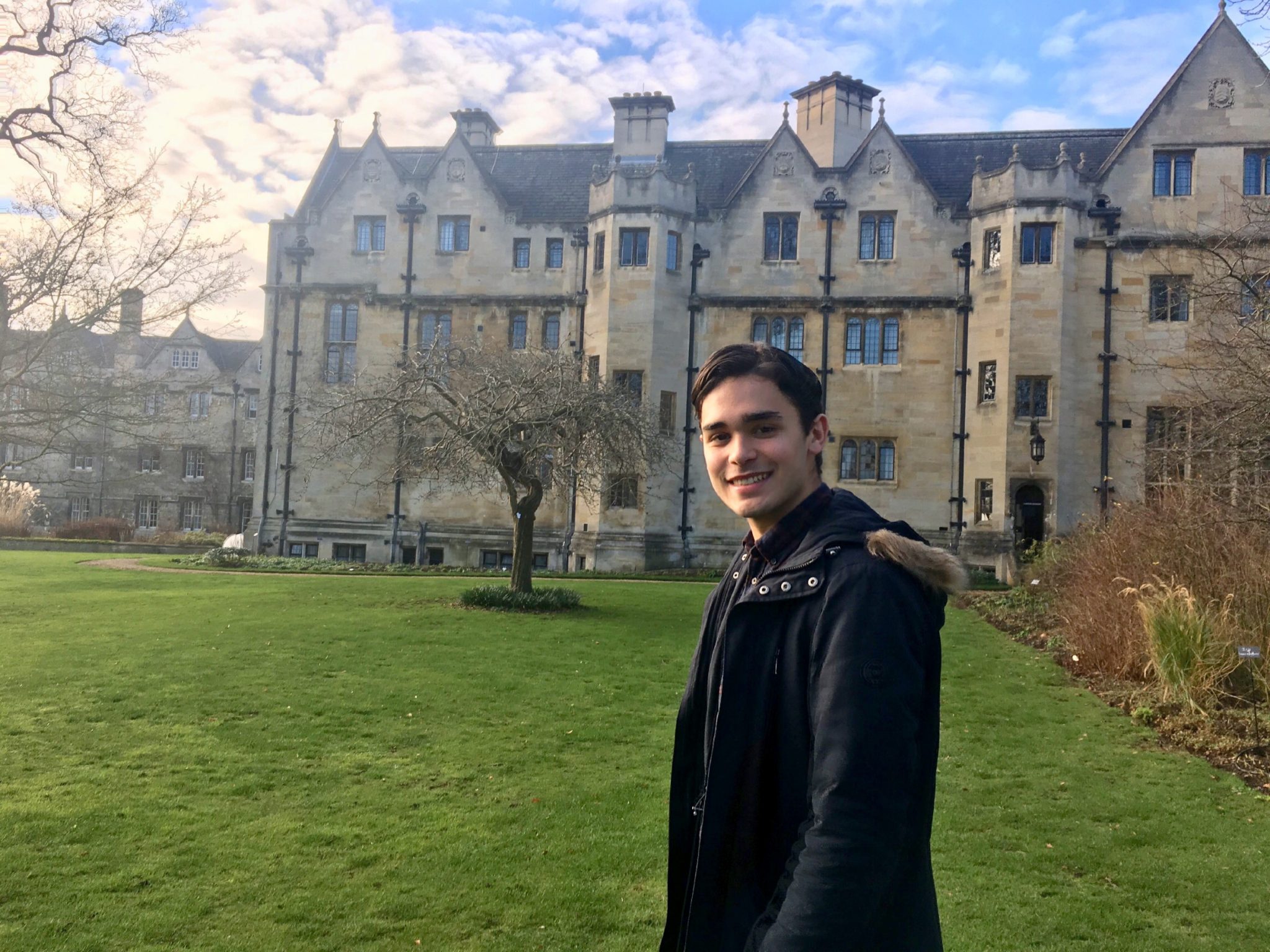 Merton student Oliver Shaw on being hearing impaired at Oxford

Oliver Shaw is a 1st year undergraduate at Merton College, Oxford, studying History who self-identifies as having a hearing impairment. As part of the minority at Oxford who suffers from a hearing impairment, I found it interesting to discuss with Oliver how this affects his daily life at university. ‘Access’ is a word that can be commonly heard in and around colleges, societies, JCRs and other areas of Oxford life; however, the low number of students with hearing impairments doesn’t seem to be often mentioned when discussing access issues. I discussed with Oliver what he thinks this means for the University and education system as a whole, and how he believes it can be combatted. Being one of the few students at Oxford with a cochlear implant, Oliver’s story is evidence that a hearing impairment should not have to stand in the way of achieving full potential.

Can you give us a bit of background to your hearing impairment?

We believe that I was born with virtually no hearing in both ears. I responded to noises such as the dog barking and doorbell ringing, but it wasn’t until I was 8 months old that I was actually diagnosed. I was given hearing aids for the first 15/16 years of my life and always exceeded expectations, I took a long time to develop speech and speak like a normal person but I never had to go to a specialist school or use sign language and I enjoyed TV and music just as other children would. I led, and still do lead, a very normal life in that respect. When I was 15, I woke up one morning to realise that the hearing in my right ear had vanished overnight, which stimulated a process towards getting a cochlear implant to ensure that I will always have some hearing, even though it will probably decline with age.

Do you feel that having a hearing impairment has altered your experience of university education?

To some extent, yes. I didn’t expect it to because it was never a problem at school, I never had an issue with teaching or lessons. At university, I think that dealing with completely new subject matter and style of teaching has required quite a lot of adjustment and I’ve had to admit I probably do need a little bit more assistance. Coming across new vocabulary and terminology has been a lot more difficult than I expected, not to mention the fact that I have come into contact with people and tutors who have different accents and ways of speaking. All of this contributes to an overload of new things to process.

Do you feel that having a hearing impairment has altered your experience of socialising at university?

Definitely, without a doubt. Again, I didn’t expect it to because it’s never been a problem at school, again the accents and coming in contact with people from outside of the UK  has required a lot of adaptation and concentration. It’s not a passive process when you listen to a person. It’s exhausting at times, just to go to a social event for an hour or two hours is exhausting. I rely a lot of the time on things like lip reading and body signals and that adds to the tiredness, something I have noticed more since coming to university. I do quite enjoy just listening to the silence and doing my own thing, at times this can be quite alienating, but I know it’s sometimes for the best.

In your opinion, do you think that the education system is failing students with hearing impairments?

That’s an interesting question and difficult to answer because I went through the normal state system with minimal adjustments. I think that perhaps it comes down to a slight lack of awareness on behalf of head teachers, teachers, and other students when a deaf person enters the school because normally you’re talking about one or two deaf people maximum per educational establishment in the mainstream system. I think that there is a lack of awareness on behalf of the hearing community, shyness, and apprehension surrounding this issue, holding deaf children back and stopping them from reaching their full potential. That’s not to say that the system is completely broken, as my experience shows, but I do think education and promotion of awareness is key to narrowing the gap between these statistics

Do you feel like the University has been accommodating to your condition?

Yes, it has actually. I rely on note taking support for lectures; admittedly the outside company organising this was very slow and took the best part of the year to arrange it so I went through a large proportion of the last term without that support. However, the University itself and its central disability advisement service have been very effective in responding to any queries I have had. In particular, the college welfare system has been really useful in providing a network of people I can speak to when it comes to academic and social issues surrounding my hearing.

From 2015-17 only 15 students admitted in total with deaf/partial hearing*, do you think this demonstrates that there is an access issue at Oxford?

That’s quite a striking statistic, I expected it to be a bit higher. It taps into the wider access problem I think of people coming from minority communities having this image of Oxford being elitist and inaccessible, unwelcoming to people who have extra things to think about when it comes to their studies. I think that just that fear puts off many able disabled people from even thinking of applying. I think that’s probably the root of the problem and it’s up to the university to make it clear that there are systems in place for these people. Only 15 people in those years is pretty shocking and my experience has shown that deafness doesn’t have to get in the way, sometimes it does, but it doesn’t have to stop you from achieving what you want to achieve.