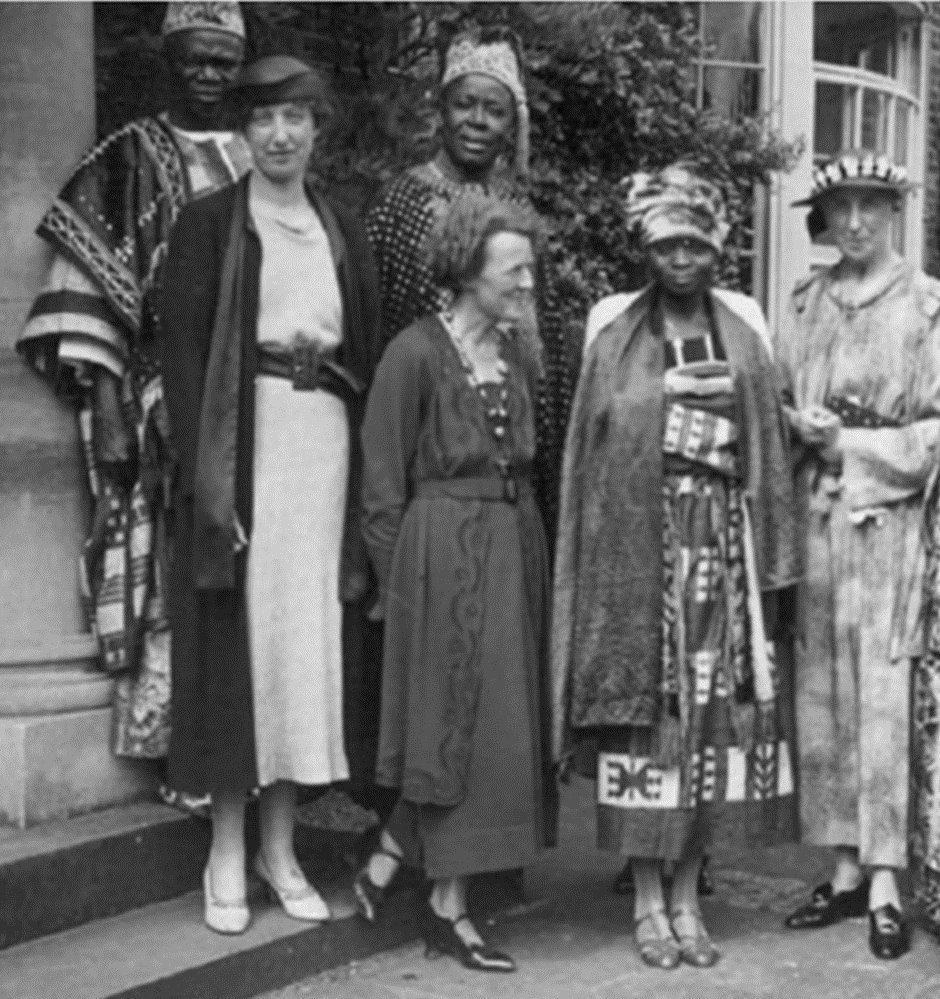 From Lady Ademola to Carla Peterman: a history of BAME women at Oxford

(Lady Ademola, second on the right, was the first black woman to graduate from the University)

Ask most people what “Oxford” means to them, and you are likely to be met with a plethora of stereotypes and received ideas. Indeed, in the 923 years since the start of its development, the University has hardly wanted for associations with predominantly white, male students. Nonetheless, this week, The Oxford Student looks into the history and development of the female BAME community at the University, how and when it took root, and its growth over time into a group of alumni, students and academics who have gone on to make the world a better place in an impressively broad range of areas.

It all began in 1913, far away from Oxford, in the coastal city of Lagos, in the South-West of Nigeria. Oloori Kofoworola (née Moore) Ademola, or Lady Ademola, as she is popularly known, was born into the Egba royal family of western Nigeria; her father, Omoba Eric Olawolu Moore, a prominent lawyer who had married Aida Arabella, an artist and a returnee from North America. Lady Ademola spent her early years in Lagos, but was later schooled in the UK and the USA respectively, at Vassar College in New York and Potway College in Reading.

It was at the latter that her stellar academic performance gained her entrance into St. Hugh’s College to study English Literature and Education in 1931, eventually becoming the first black woman to earn a degree from the University. She then went on to further women’s education; in 1939, she moved back to Lagos to teach at the prestigious girls’ school Queen’s College, where she also entered the literary scene, and was a driving force behind movements to teach more girls to read and write. In 1958, she was elected president of Nigeria’s National Council of Women’s Societies, and worked to advance women’s general rights and representation.

Her achievements were highly significant not only in themselves, but also in the broader context of diversity at the University. During her time at Oxford, Lady Ademola met Dame Margery Perham, a British historian and writer on African affairs, who supported Ademola when she wrote her landmark 21-page autobiography to challenge British stereotypes about Africans in 1935. Ademola’s work at Oxford and her career in literature and education in Nigeria, along with Perham’s academic publications on African cultures, helped question received ideas about African Americans and education in Oxford, which in turn laid the foundations for change.

“The progress of earlier graduates paved the way for a new generation of black, female Rhodes Scholars.”

17 years later, Florence Mahoney, a gifted historian, gained a BA in History at St. Hilda’s College, then became the first Gambian woman in the world to obtain a Ph.D., and went on to systematically dismantle and permanently discredit the inflammatory statement made at a lecture in 1963 by Oxford’s Regius History Professor, Hugh Trevor-Roper, that “there (was) only the history of Europeans in Africa. The rest (was) darkness. And darkness (was) not a subject of history” (see “End Note” for reference). Her academic career culminated in her becoming a Fulbright professor of African history in 1972, and helped establish greater presence in western academia both for African cultures and for black women.

The progress of these earlier graduates paved the way for a new generation of black, female Rhodes Scholars. 1979 saw Karen Stevenson become the first African-American woman to win the prestigious scholarship for international students, attending Magdalen College, where she earned her MA in modern European history. Her recollections from her time at Oxford offer an interesting insight into the intersectionality of gender and ethnic diversity at the University and in the USA, and into sport as an engine for progress. When interviewed by author Pamela Roberts for her book Black Oxford: The Untold Stories of Oxford University’s Black Scholars, Stevenson recalled: “Being the first African-American woman to receive the Rhodes generated a number of media events and interviews in America. When I arrived here it was not an issue or the focus of my experience.

“For me, arriving at the college and being among the first group of women admitted to the college, that was a much bigger challenge. To find a way to be myself and fit into this previously all male environment, the way that I dealt with being one of these new women was that I rowed for Worcester College. Magdalen did not yet have enough women to field a team, so that rowing experience really gave me a sense of belonging, community and fit with another group of smart, athletic women that was very important to me that year.”

In 1980, her eight succeeded in achieving four bumps in Torpids; Stevenson still proudly displays her oar in her California home. She was later selected as the Southern California Super Lawyer Rising Star in 2005, 2007 and 2008, and is now a US Magistrate Judge for the Central District of California, as of 2015. Seven years after Stevenson’s matriculation, the University admitted Susan Rice, a talented African-American historian with an undergraduate degree from Stanford University, on a Rhodes Scholarship to New College, where she earnt an MPhil and a DPhil in international relations.

After winning the Royal Commonwealth Society’s Walter Frewen Lord Prize for her dissertation on Rhodesia’s transition from white rule, she entered government and public administration in North America. From 1993 to 1997, she was the director of international organisation and peacekeeping for the National Security Council in the USA, which gave her what she termed her “most searing experience,” visiting Rwanda during a period which was later classified by historians as genocide. She took the lessons she learnt in the peacekeeping role into her subsequent post of Assistant Secretary of State for African Affairs, which she held between 1997 and 2001, and received the White House’s 2000 Samuel Nelson Drew Award in recognition of her excellent contribution to the formation of peaceful, co-operative relationships between states.

More recently, the new millennium saw the matriculation of Rhodes Scholar Carla Peterson, a researcher at the University of California Energy Institute who earnt her MSc at Oriel College in 2001, and who would then lead the California Energy Commission to the successful implementation of its 33% renewable energy policy in 2012.

Though their story is seldom told, BAME women at the University have a long and rich history of great accomplishments thoroughly deserving of admiration and praise. From literature to science, from law and international relations to social progress, they have made the world a better place, and are a community to be recognised and celebrated.

End Note: for more on this topic, see Pamela Roberts’s ‘Black Oxford: The Untold Stories of Oxford University’s Black Scholars’ (Signal Books, 2013), from which the quotations in this article are taken (pages 62 and 25 respectively).