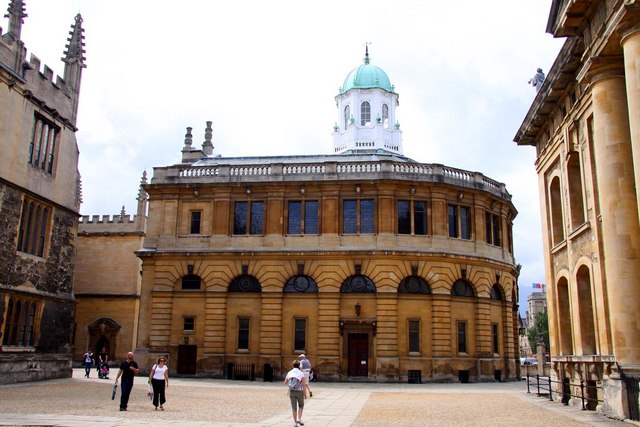 Ania Kordala, a student at Green Templeton, was allegedly asked to leave a talk on “Women and leadership – fighting for an equal world” for bringing her toddler.

In a Facebook post regarding the matter, Kordala allegedly contacted the organisers of the event in advance to ask whether she could bring her child. She was told by the event’s host, Professor Valerie Beral, that “[u]nfortunately, babies and toddlers can not attend.”

Kordala goes on to explain that she went to the event “to see what they say at the door.” After meeting her college principal, who offered her support, she was allowed to enter the venue.

However, after being seated in the Sheldonian, which she notes was not full, Kordala reports that she was asked to leave by a member of the technical crew after her child “babbled”

Kordala reports that her offer to sit away from the camera was rejected. She was also reportedly not given the opportunity to collect her belongings before leaving.

Ms. Kordala expressed her dismay on Facebook, stressing the fact that this talk was supposed to be “about equal rights and opportunities” and about “women in leadership”.

She went on to say: “Later on University of Oxford [sic] and Nuffield Department of Population Health will congratulate themselves on organizing such an event and being at the forefront of a fight for equality. The talk will be watched many times and probably also receive media coverage. But this is just one side of the story.”

“We are looking at what we can do to ensure that this sort of situation doesn’t arise in the future.”

Rory Collins, Head of the Nuffield Department of Population Health, said to The Oxford Student: “We encourage students and others with families to participate fully in events run by the Department.

“A student brought her young child to the lecture held yesterday in the Sheldonian Theatre, and I personally ensured that she was allowed to bring the child into the building. It is definitely not appropriate that she was later asked to leave with her child.

“In future, we will make sure that all staff working at our events are aware that families are welcome.”