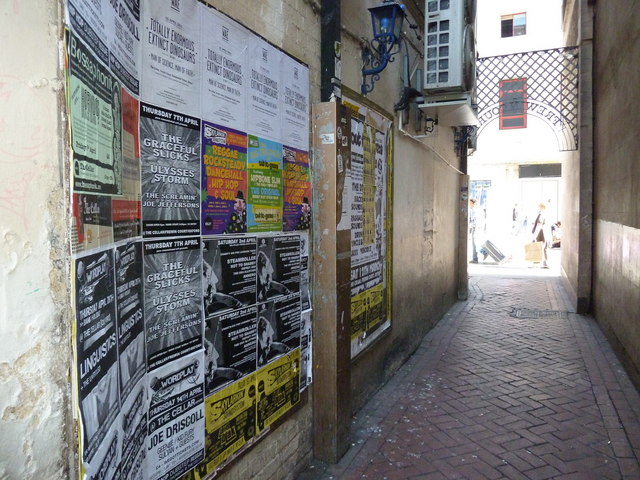 St. Michael’s and All Saints’ Charities, the owners of the venue that once housed the Cellar, released a statement earlier this month responding to the nightclub’s closure on 11 March, writing that they were “greatly saddened” by the development.

The owners have however, expressed hope that another music venue may be housed at the premises.

In the new press release, published on 13 March, St. Michael’s and All Saints’ Charities noted:

“Keen interest has been expressed by other parties wishing to run a music venue and we hope that before long, music will once again return to the Cellar, in safety.”

The statement also further explained the decision to close Cellar:

“Unfortunately, even though we made generous concessions, agreement has not proved possible.”

The Cellar closed in March after an extended period of uncertainty over the venue future and the ultimate failure of a grassroots effort to save the nightclub. In 2017, the Cellar announced that St. Michael’s and All Saints’ Charities intended to redevelop the venue as a retail space, leading to an uproar from the local community. In the face of this response, the landlords walked back their redevelopment plans.

In June 2018, the Cellar again found its future under threat when it was declared to be in violation of fire safety regulations due to its fire escape being too narrow. Despite the nightclub receiving approval from the Oxford City Council for its plan to build a new fire escape and financial support from a crowdfunded campaign, the Cellar was ultimately unable to come to an agreement with the landlords in time to keep the venue open.

The statement from 13 March emphasises the Charities’ efforts to help keep the Cellar open, which included offering “to pay for the works required to make the premises safe,” allowing the crowdfunding campaign to instead support “other much needed improvements to the venue.”

Ultimately, however, the statement explains that “we could not in all conscience accept such a low rent.”

St. Michael’s and All Saints’ Charities “support the Church of St Michael at the North Gate in Central Oxford” and also “award grants to charities and other organisations,” according to the group’s website, in addition to serving as landlords of the Cellar space.

We’re missing all the ‘right’ jokes

Did neanderthals and humans co-exist?