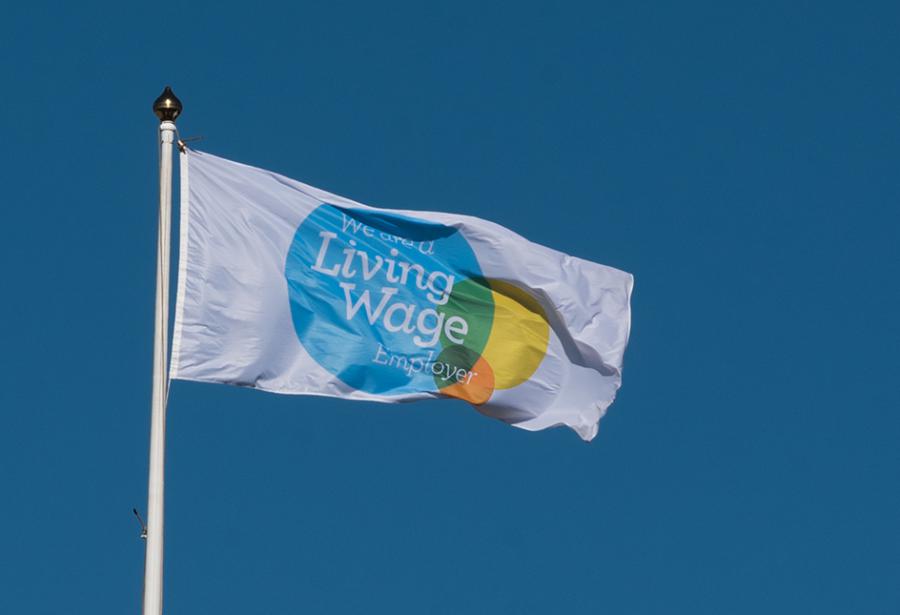 As of 1st April, the City Council has increased the Oxford Living wage to £10.02 an hour.

The Oxford Living Wage Flag will be flying from 10am yesterday at Oxford Town Hall, and has been raised to commemorate the increase and signify the council’s commitment to Oxford being a Living Wage city.

If an employee works a 37 hour week, this now means a minimum annual pay of £19,278. The previous rate was £9.69 an hour. This represents an increase of more than £600 extra a year for a typical full-time worker.

First introduced 11 years ago, The Oxford Living Wage is based on the Living Wage, an hourly pay rate which is calculated for the Living Wage Foundation (LWF) and updated every October. The LWF sets two rates, one for London and one for the rest of the country. To be LWF accredited employers must pay all regular employees over the age of 18 the wage.

While more Oxford colleges than ever have signed up to paying the living wage, many still haven’t. This, and the lack of lack of big high street names implementing the Oxford Living Wage, has undermined the council’s efforts to improve income fairness in Oxford.

He added, “We pay the Oxford Living Wage to all our staff and agency workers, we expect our larger suppliers to pay it, and we would encourage all Oxford employers to follow suit where possible. Fairer pay helps workers to live with dignity and it also benefits employers and the wider Oxford economy.”