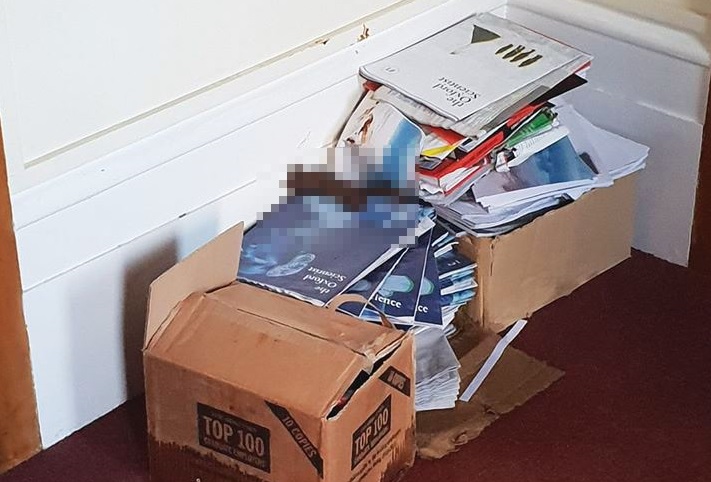 Students at various Oxford colleges have recently reported anonymous acts of defecation on their main sites.

A student at The Queen’s College allegedly found “a wrapped shit” in his staircase in the Front Quad of the College. The Queen’s Decanal Team have since been alerted to the incident.

The student took to Queen’s College JCR to decry the incident, which happened last month. In their post, they stated: “to the person who left a wrapped shit…it’s not funny and childish at best.”

He went on to say: “I’d rather not have to smell it to get to my room so can you please get rid of it.”

It remains unclear who left the human faeces and why; it has, however, been speculated that this is merely the most recent in a string of faeces-related pranks at the college.

One Queen’s student told The Oxford Student: “It’s a copycat crime. Queen’s has quite a history of this, whether its a shit in the bathroom of backquad, or peeing on the quad itself.

“It’s like living in an American Vandal series. This is our very own Brownout.”

This follows an earlier incident in which two Magdalen students discovered a human stool while preparing a JCR refurbishment in late Hilary term. Options presented in a post to the JCR Facebook group in light of the find were “A. Continue the refurb. B. Burn the jcr”.

The faecal matter was found in a corner of the lobby, on top of a stack of copies of The Oxford Scientist. It is as yet unclear whether the publication was itself in anyway related to the incident.

More recently, students at Somerville college were fined £5 to their battels, after the bathrooms in the Vaughan building were “once again” left in an “unacceptable state”. The email from the Decanal Team stated that excrement was discovered “on the toilets, floors and walls”.

These events follow earlier acts of public excretion. In March 2018, one LMH student took to their JCR page to object to an anonymous act of urination in the college library.

The student wrote a message addressing “whoever took a piss on the second floor of the library last night” to suggest that they would be caught.

Questions remain over which individuals were responsible for these various incidents, including whether these were unrelated incidents or some form of coordinated attack.