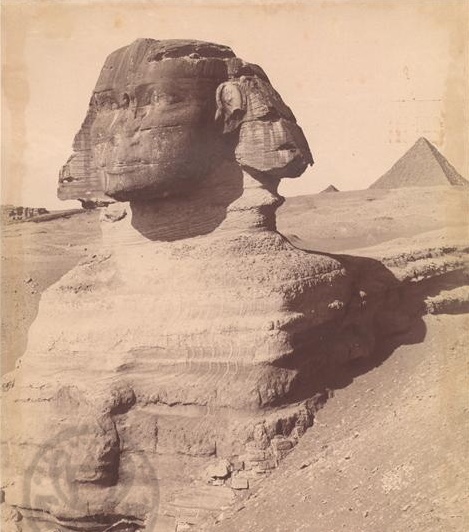 I matriculated in 2014 and graduated in 2017 with a BA in Oriental Studies (Egyptology with Coptic). Since then, I have earned an MA in Archaeological Science with German and I am now halfway through my first year of a DPhil in History (specifically, Late Antique and Byzantine Studies). That must all seem like an awful lot of vaguely connected components, but it’s all been inspired by the Egyptology part and I have remained faithful to it throughout.

I’ve always been fond of the sciences, but found that humanities are more my forte. This led me to take A Levels exclusively in the humanities. I was then, however, faced with a dilemma. What to study at university? How to choose a university? All pressing questions for a seventeen-year-old.

Until that point, I had always thought that I would study English at university. That began to change when my school took the gifted and talented students to a huge outreach event run jointly by Oxford and Cambridge. There, we experienced subject-, admissions-, and finance-related talks, and went home with armfuls of free pens, bookmarks, and a prospectus from each university.

It was while skimming through the prospectus for Oxford that I came across Oriental Studies. Oriental Studies covers an extraordinarily wide variety of cultures and languages, with more and more being absorbed into the roster all of the time. When I turned the page, I found Egyptology. And the rest, as they say, is history.

I’ve loved ancient Egypt since I was very young, was the kind of child who would nerd about it incessantly at school regardless of how welcome that was, and became even more fixated after my first visit there when I was eleven. Doing a degree on it seemed like seventh heaven.

But all of this raises a very serious question yet to be answered. What is Egyptology? Heck, what is Oriental Studies?

Oriental Studies encompasses everything, from Turkey and Egypt all the way to Japan and Korea. It’s about the language and culture of the student’s chosen area. Some Oriental Studies degrees cover ancient history, like Egyptology, and others follow through into the modern day, like Chinese Studies. Then, as you progress through your degree, you can add more options to make the experience really quite bespoke. For the degrees focused on ancient languages, it’s three years. For those focused on modern languages, it’s four years including a year abroad.

Oriental Studies encompasses so many groups that otherwise wouldn’t interact academically, but are forced to do so because administratively (i.e. exams and admissions) they’re all considered to be the same thing. This means that there are only about forty undergraduate places available for about a dozen degrees every year. There are currently four Egyptology students in second-year. Often, there is only one student per year, which creates serious issues of isolation. We have a lot of social events (tea and cake, for instance) where all of the staff and undergraduate and postgraduate students get together, making the department really homely and the day-to-day loneliness a bit more bearable.

This close relationship between Egyptologists even extends to alumni, with whom there is still very much an engagement with the department. For me, I was lucky enough to have another student in my year. We weren’t in the same college – we applied to the same college and both got reallocated elsewhere – but we got along well enough that my social circle thought that we were dating. The fact that he was the only other person on the planet on my course at the same time as I was seemed to slip by them.

Egyptology is based around the corner from the Oriental Institute in the Griffith Institute, which is inside the Sackler Library. This is home to pretty much all of the books that we need even at DPhil level, teaching space, staff offices, and the archive which, amongst other things, houses all documentary material associated with the excavation of Tutankhamun’s tomb. We get forgotten about by the rest of Oriental Studies until exam season, but having our own space has the bonus of making us a family.

The special subject is a real selling point of the course, because we could genuinely do anything that we wanted.

Within Egyptology, we spent first year learning Egyptian (so yes, I can read hieroglyphs) and the history of Egypt and Mesopotamia. In second year, we got to choose to either take a second language alongside Egyptian or to take archaeology and anthropology.

My classmate took Akkadian, entailing all of the subsidiary history and museum classes associated with Mesopotamia as well as those associated with Egypt. I took Coptic, which is the final phase of Egyptian, written using the Greek alphabet and preserved within the Coptic Church. Archaeology and anthropology have proved popular in recent years, and one student is currently taking Old Persian.

In second year, while continuing with Egyptian and getting to grips with our second languages, we also had museum classes in the Ashmolean (universally acknowledged as the most fun part of the course for both students and lecturers) and art and architecture lectures alongside CAAH students. In third year, a dissertation and special subject got added to the mix.

The special subject is a real selling point of the course, because we could genuinely do anything that we wanted. My classmate studied Old Kingdom funerary texts and traditions. I studied Demotic, the phase of Egyptian before Coptic and one of the languages written on the Rosetta Stone, alongside older Egyptian and Greek.

I took Coptic to help me to get my head around Egyptian and discovered hagiography, which is biographical material about saints and martyrs. But, when it came to my master’s, I decided to get a grounding in archaeology because, within Egyptology, there is a disconnect between philology and archaeology. I got to spend a year playing with acids and microscopes, and two weeks excavating at a monastic site known as Norton Priory.

Now, you’re probably thinking ‘that’s very sensible, but where did the German come from?’ The German was a strategic move based on the fact that English, French, and German are key for Egyptology and I already knew English and French.

We have a lot of social events (tea and cake, for instance) where all of the staff and undergraduate and postgraduate students get together, making the department really homely and the day-to-day loneliness a bit more bearable.

Despite having a master’s in archaeology, it was my BA that inspired my DPhil topic. I am researching Coptic hagiography and being supervised by the very person who trained me in advanced Coptic and introduced me to hagiography. The BA Oriental Studies course has prepared me ideally for this research, because of the amount of material that is covered compared to what little Coptic is taught anywhere else.

My BA has put me in an excellent position for my current research and future opportunities. I am based in the History faculty, but straddling between that, Oriental Studies, Classics, and Theology and Religion. The range of material and academics that I can engage with is overwhelming but extremely rewarding, and the precise combination of content and skills that I have is unique, essentially giving me dibs on Coptic material. The DPhil is also a bespoke course, in the sense that I can take any additional classes that I want. At the moment, that means that I am studying Greek and Arabic.

For the sheer breadth and variety of subject matter available, and the unique combinations of knowledge and skills that can be gained from it, I would heartily recommend the BA Oriental Studies course to anyone feeling like doing a degree as varied as other humanities courses combined, and that little bit out of the box to be three years of constant fascination and excitement.