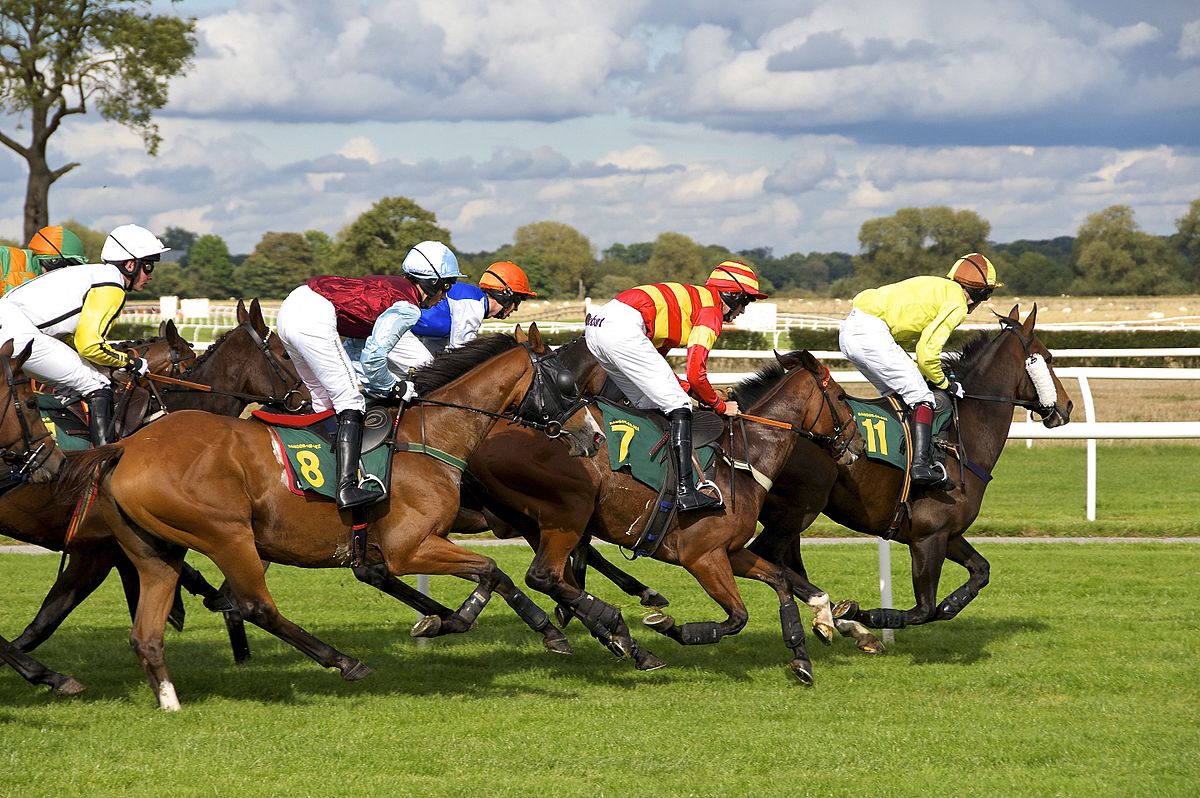 This weekend at the 180th Grand National, three horses died at Aintree, while spectators and an estimated global audience of 600 million watched on. With a fatality for each day of the three-day event, social media was quick to condemn the deaths. Members of the public and several celebrities vocalised their concern and called for a boycott of future races and betting.

Up For Review, who died on Saturday, was the first horse to be killed at the Grand National since Synchronised in 2012. However, he was not the last horse to die during this year’s event, as his death was succeeded by the deaths of Crucial Role and Forest Des Aigles in the following 48 hours. Since the Grand National began in the mid-19th century, a total of 81 horses have died. After this weekend, that total has risen to 84. As well as fatalities, 46 horses have fallen since 2012 alone.

The British Horseracing Authority, however, seems to justify these deaths through numbers, assuring the public that, as per the Grand National website, “on average, one horse dies for every 250 races run”. However, these numbers do not represent the lost lives of the individual animals. The callous attitude held by those who support and organise this seems to be that ‘you can’t make an omelette without breaking eggs’.

However, statistics should not be used to justify the deaths of these powerless animals. While it is true that the fatalities are not astronomically high, anyone who attends or views horse racing is blithely doing so with the understanding that they are supporting a sport which actively enables fatalities. At what point can one’s conscience accept these deaths as a by-product of enjoying the fun of betting on a horse, or getting dressed up for a social event?

Those in favour of racing are fast to rush to its defence. One argument is that the practice should be upheld for its ‘Britishness’; while I, like many, agree that tradition can be a good thing, this does not mean that events which are viewed as ‘traditional’ should not be continually re-assessed, considering modern sympathies and recent events.

“At what point can one’s conscience accept these deaths as a by-product of enjoying the fun of betting on a horse, or getting dressed up for a social event?”

The owners of horses might proclaim their love for the animals. Yet, the significant winnings and publicity gained from competing raises obvious concerns about the potential abuse and overworking of their animals to try and secure success. With the £1 million prize money in their sights, the horses’ wealthy and determined owners are hardly going to allow their golden geese to benignly meander across the track.

The economic benefit of the annual event is another argument in racing’s defence: before the event, it was estimated that around 12.9 million people would place bets, totalling an enormous £250 million. If the Grand National were to be cancelled as a result of the three deaths this weekend, each fatality would cost a (hypothetical) £83 million in sacrificed bets.

However, the horses’ suffering is not confined to the course, for their abuse is prevalent throughout their daily lives. Countless scandals have been exposed in the past, such as with Mahmood al-Zarooni, a prominent trainer who was banned from racing for eight years for drugging horses with prohibited steroids to increase their performance. Only in 2017, Davy Russell (who won the 2018 Grand National) was given a four-day ban for having punched a horse in the head. For the horses, their sporting lives do not stop after the few days of the event; their training is annual – even lasting a lifespan, with horses beginning their gruelling training before they have even physically matured. Even after their careers have ended, many horses are ‘retired’ to abattoirs: PETA has estimated that 1,000 retired horses are slaughtered every year in Britain alone.

Considering the hypothetical notion of three jockeys dying over a single weekend, one realises the unmistakably abhorrent treatment of the horses. If multiple athletes had all died on the same course, there is no question that its safety would be immediately questioned and the event ended. Why then, do only a small proportion of people stop to question the equine deaths? While I won’t claim that a horse’s life can be directly equated to that of a human, the public displays a surprisingly blasé attitude, being more than happy to turn a blind eye.

“If multiple athletes had all died on the same course, there is no question that its safety would be immediately questioned and the event ended.”

What this means is that the horses are viewed only as tools. Despite horses being vital, their individual performance dictating the entire outcome of the race, they are held in lower regard than the jockeys who lazily crack the whip and steal all the glory. In 2014, the jockey Ruby Walsh infamously said: “you can replace a horse”; this statement speaks for itself, and surely represents the brutal attitude which is shared by many jockeys.

It is admittedly improbable that any measures will be taken to seriously prevent future fatalities and abuse. Ultimately, one must question the morality of continuing to support events which actively enable the mistreatment and exploitation of animals. Sadly, many people will continue to naively ignore the cruel reality of horse racing. However, the next time we are presented with the opportunity to watch the races or place a bet, we should realise how that knowingly contributes to the problem. Call to mind the images of those horses, tumbling to the floor, or with their necks broken, heads rearing lamely into their bodies; how a life of training and potential abuse has culminated with a painful death, viewed by millions across the world. All in the name of ‘sport’.