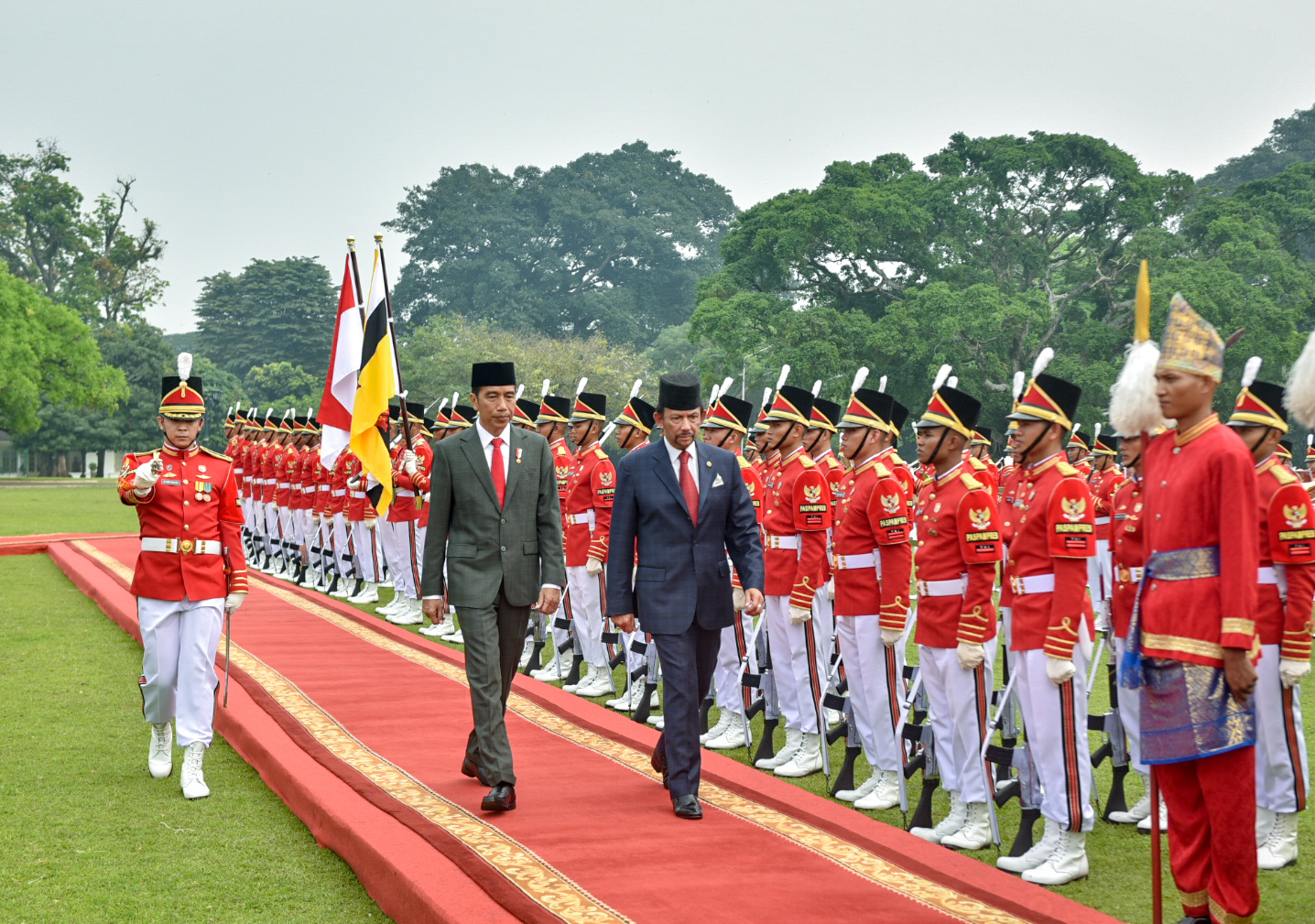 To revoke or not to revoke? The Sultan of Brunei’s honorary degree

Among these is the much-discussed honorary degree in Civil Law by diploma awarded to the Sultan of Brunei, Hassanal Bolkiah, in 1993. The University community’s outrage at the implicit support this honour offers to the Sultan has been palpable. The OUSU have made statements castigating the university for inaction. An online petition started on the 4th April has now reached nearly 60,000 signatures.

As a result, on 6th April, the University released a statement saying that it would consider rescinding the honorary degree. The temptation, in the face of such momentum, is to further chastise the University for dragging their feet. Why wait? Rescind now! Every day that the degree remains with the Sultan is an affront to the values our community holds, to say nothing of an endorsement of the pain and suffering the penal code inflicts on innocent people in Brunei. Yet, to react in this way would be foolish. The problem is that in the furore, especially on such an emotive topic, we begin to lose sight of some important things.

First and foremost: the value of due process. We live in a time where a lot of the values that our generation thought were settled issues are suddenly being reopened for unwelcome debate. In Spain, the far-right party Vox presents a terrifying anti-feminist program, including the possibility of the repealing of gender violence laws, and are gaining ground ahead of the general election at the end of this month. The Christchurch shooting in New Zealand is the latest in what often feels like a continuous stream of attacks tracing their origins to Anders Breivik’s clarion call for white supremacy in Norway in 2011. As a result, left-wing activism, more active now than it has been in decades, has an edge of the febrile – even, at times, desperation. It is in this context that it becomes tempting to continue to criticise the University for their refusal to immediately rescind the Sultan of Brunei’s honorary degree. In this environment, such a refusal looks too much like another erosion of the values our community holds. The instinct of those defending left-wing values is to see such a decision as a reflection of broader worldwide trends, which paint a picture of a slow disintegration of the liberal project in the face of rising intolerance and populism.

“For that reason, I support the way the University is currently handling the situation.”

Yet, that is not what is happening here. In times like these, when values are being challenged, we should not become suspicious of our institutions, but rather trust and use them. The point of due process is to apply the same rules to everyone, no matter their values or political position. It is a key part of the rule of law that prevents one political movement from gaining power over another. It is part, you could say, of the rules of engagement. To abandon due process is to change the rules of the game, and furthermore to create precedents for throwing out such rules. Isn’t it possible to see, at some point in the not too distant future, another honorary degree recipient who comes out being criticised by a homophobic strain in our society? If that time ever came, would you rather that the University as an institution bowed to public opinion or that they observed due process? That they rushed under pressure or used the established structure to make a rational assessment? The answer, to me, is obvious. For that reason, I support the way the University is currently handling the situation.

Now, there are some who will surely argue that I’m being naive – that in any case what is called ‘due process’ is dominated by the interest of people who are predominantly old, white and male. There’s value in this critique. The university has been a stronghold for white elites for centuries. But this should not mean that we throw out the process that has been established. Instead, it means we should watch closely how it unfolds, and we should demand transparency of reasoning on the part of the University as it comes to a conclusion on the matter. In my opinion, this is primarily the task of the OUSU representatives who were elected to speak on the student body’s behalf on these issues.

In the meantime, instead of focusing on the revocation of the degree as the climax and focus of this campaign, the momentum should be pointed in more productive directions. Removing the Sultan’s honorary degree is a small piece of a very large puzzle. At the end of the day, I hardly think that this will be the straw that breaks the camel’s back – causing the Sultan to undertake a campaign to undo the penal code his government has implicated. 60,000 signatures, national news – this is a lot of energy. We should be using it to campaign in other ways – for government action sanctioning Brunei, for further international action, and to raise funds for those affected by the change who are trying to escape persecution. Let due process do its thing. There are bigger fish to fry.

When I received my offer to come to Oxford, I was filled with hope and excitement that maybe, finally, I would be able to find an environment where the LGBT community was accepted, my identity wouldn’t be questioned and held against me and I could not just be free, but be myself. Yet, I fear that the University’s continued refusal to revoke the Sultan of Brunei’s honorary degree sends the message that it condones the bigotry he and other figures represent.

Coming from Southeast Asia, which Brunei is part of, the recent law passed by the Sultan is not out of the norm or even unexpected. It is simply politics as usual, where sexual minorities are viewed as deviant, a threat to social order and ultimately undeserving to be citizens of their countries. This is an environment in which half of the ten countries in the region have criminalised same-sex sexual activity while none recognise same-sex partnerships or marriages. More significantly, strong cultural and religious currents in the region underlie such laws, with intolerant and homophobic views being held by a significant majority of people. Seen in this light, the Sultan’s recent introduction of death by stoning for homosexual activity is merely taking such prejudice up a notch.

“The recent law passed by the Sultan is not out of the norm or even unexpected. It is simply politics as usual.”

However, the question we must ask is what can we, despite largely not being able to influence domestic policy in Brunei, do about these new laws? One of the most significant things the international community can do is to show that they disapprove strongly of such homophobia. Revoking the Sultan’s honorary degree, while not an ultimate solution to the problem, is an important symbolic step that should be taken. Such an action would send a very clear message that what the Sultan has done is against the liberal and progressive values that matter to us, but just as importantly, that the University has the back of LGBT students and has their interests at heart. However, the University’s refusal to revoke the degree represents a failure to take a simple step and play its part in denouncing bigotry, all while raising questions about how much it really cares about the interests of its own LGBT community.

Such a stance from the University is not new. In 2017, there were calls to revoke Aung San Suu Kyi’s Oxford degree over her mishandling of the Rohingya crisis which lead to thousands of unnecessary deaths. While St Hugh’s College removed a portrait of her and the Oxford City Council removed the Order of Oxford, an honour that had been granted to her, the University staunchly refused to consider revoking her degree. It is indeed true that the situation is complex and that fault lies with the military as much as Suu Kyi, but taking such a step would undoubtedly have lent symbolic weight to international attention and criticism over the situation.

While arguments for due process are indeed important and should be respected, it should not be allowed as an excuse to delay action where it should be taken. It is true that all individuals should be subjected to fairness, due process and consideration and that just because a view is in the majority now does not mean that it will remain so. It is very important to protect and allow the free expression of views that are unwelcome to most of the community. However, there must be a clear distinction between expressing a perspective and expressing hate. Having a fair, rational discussion about LGBT rights is different from believing that they should be killed simply for being different. Hate, unlike free speech, has no place in a liberal society because it threatens individuals and their right to safety, freedom and happiness.

“Revoking the Sultan’s honorary degree, while not an ultimate solution to the problem, is an important symbolic step that should be taken.”

Furthermore, it is also a justified criticism that focus should not be put on the revocation of the degree as a be-all-end-all solution to this issue. Of course, economic boycotts, condemnations from governments and diplomatic efforts against the Sultan matter very much in potentially convincing the Sultan to revoke such laws. However, the question should be what the University can do to help in this matter. If the argument against combating bigotry is that we should not do anything because it can’t have that much of an impact, then nothing would be done at all. It is undoubtedly true that the revocation of such a degree would be the clearest and most efficient way to represent the view of the academic and student community at the University.

Additionally, such an action would show the University’s solidarity and dedication to the LGBT community. LGBT rights are not a foregone conclusion worldwide. Many parts of the globe still feature intolerance, discrimination and hatred against the community, and it is important to protect gains where they are made. I feel unbelievably lucky to be part of a University where my rights and interests are protected and paid attention to, and in which I feel treated no differently than any other student. Yet the University’s refusal cannot help but trouble. It raises doubts about the extent to which it is truly concerned about its LGBT community if it is unable to take such a simple step.

Ultimately then, despite arguments to the contrary, the revocation of the Sultan of Brunei’s honorary degree is an easy choice that will serve to powerfully and symbolically repudiate such bigotry, show the University’s dedication to liberal values and reassure the University’s LGBT community that it is looking out for our interests. The decision not to do so is not just unfortunate but a disappointment.

Image credit: The Cabinet of the Republic of Indonesia