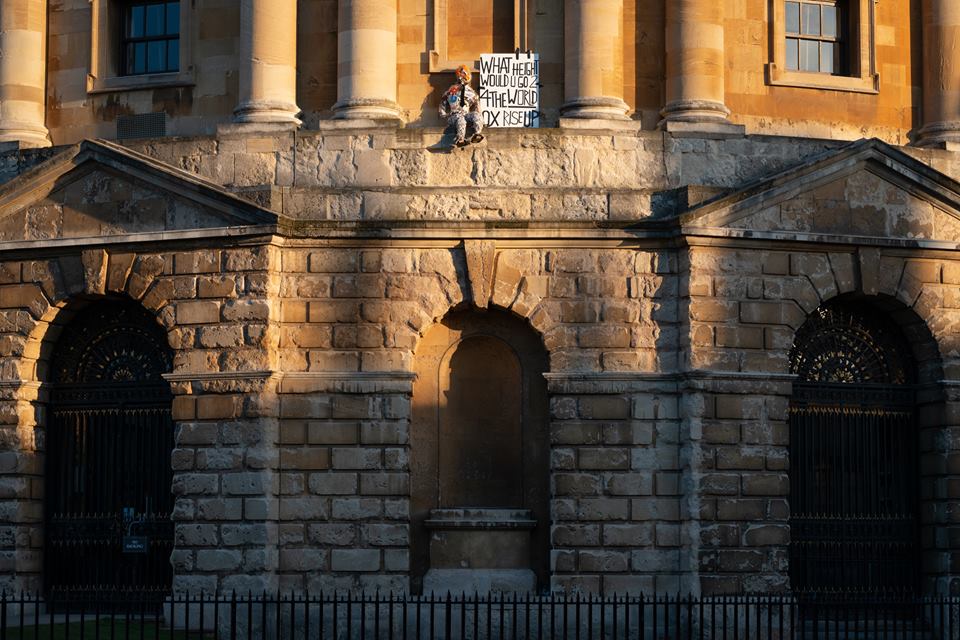 A man statue made out of trash was left on the top of the Radcliffe Camera this morning with the sign “WHAT HEIGHT WOULD U GO 2 4 THE WORLD OX RISE UP” next to it.

The event was reported in a recent Oxfess that said: “Shout out to the person who left a giant man statue made out of trash on top of the rad cam this morning. Another climate protest or something. Keep it up.”

It remains unclear who is responsible for the statue; it is presumed that the act is part of the climate protests which have gathered momentum this year in the wake of the new IPCC report, published last October, which warned that humanity has 12 years to take emergency action in order to prevent global warming greater than 1.5°C, beyond which even half a degree will bear extreme consequences for the planet.

The act comes as parts of the UK face disruptions from Extinction Rebellion protesters.

Oxford has already seen three youth strikes this year with children missing school to rally for a change in the climate change policy. The trash statue on the Rad Cam is the latest call to tackle climate change. 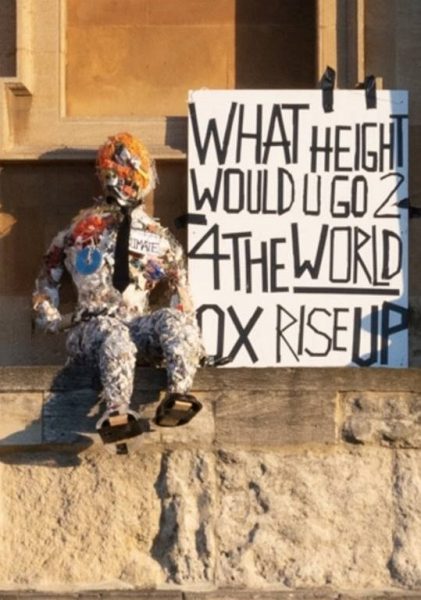