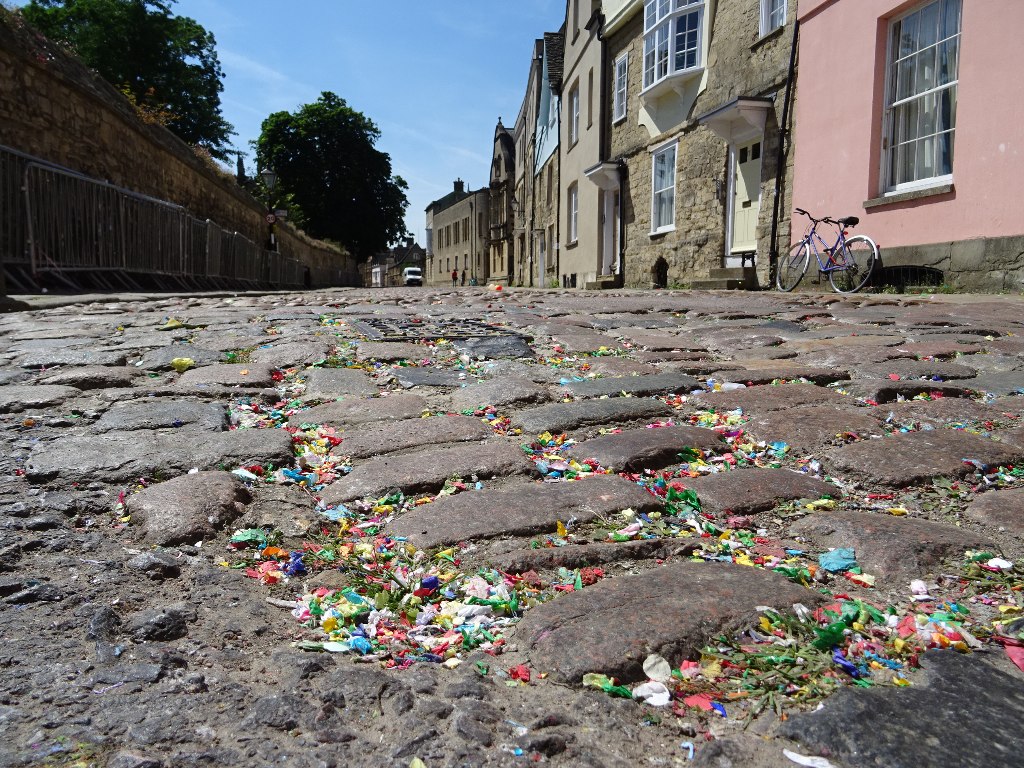 University prepares to relaunch anti-trashing ‘What a Waste’ campaign

Image Description: The aftermath of trashing on Merton Street in Oxford, which has been covered in confetti.

An upcoming campaign organised by Oxford University will highlight the risks and damages presented by post-exam trashing in an effort to “[encourage] students to act responsibly after their exams,” according to a University press release.

The campaign, entitled ‘What a Waste’, was first organised in 2018 and is concerned with the tradition of students celebrating the end of exams by throwing confetti, foam, champagne and food on one another. According to the press release, the cost of services like cleaning and security means that “trashing costs the University more than £25,000 each year.”

The ‘What a Waste’ campaign will focus both on the wastefulness of trashing and its effects on Oxford community members. On the first point, the press release announced: “Food boxes will be available at exam venues, so that students can donate to local food banks – helping local people in need.” The campaign will also encourage students to consider the negative environmental effects of trashing.

On the second point, the University argues that trashing is “noisy” and “disruptive,” and has also led to several hospitalisations in past years for injuries sustained by people “slipping on trashed materials.”

Martin Maiden, Senior Proctor at the University, said in the press release: “We understand that students wish to celebrate the completion of their studies at Oxford, which represents an important landmark in their lives. However, we do urge them to celebrate responsible. The University aspires to be a diverse, considerate community and we expect students to avoid behaviour which damages the environment, impacts negatively on our local community, and causes offense and distress to others.”