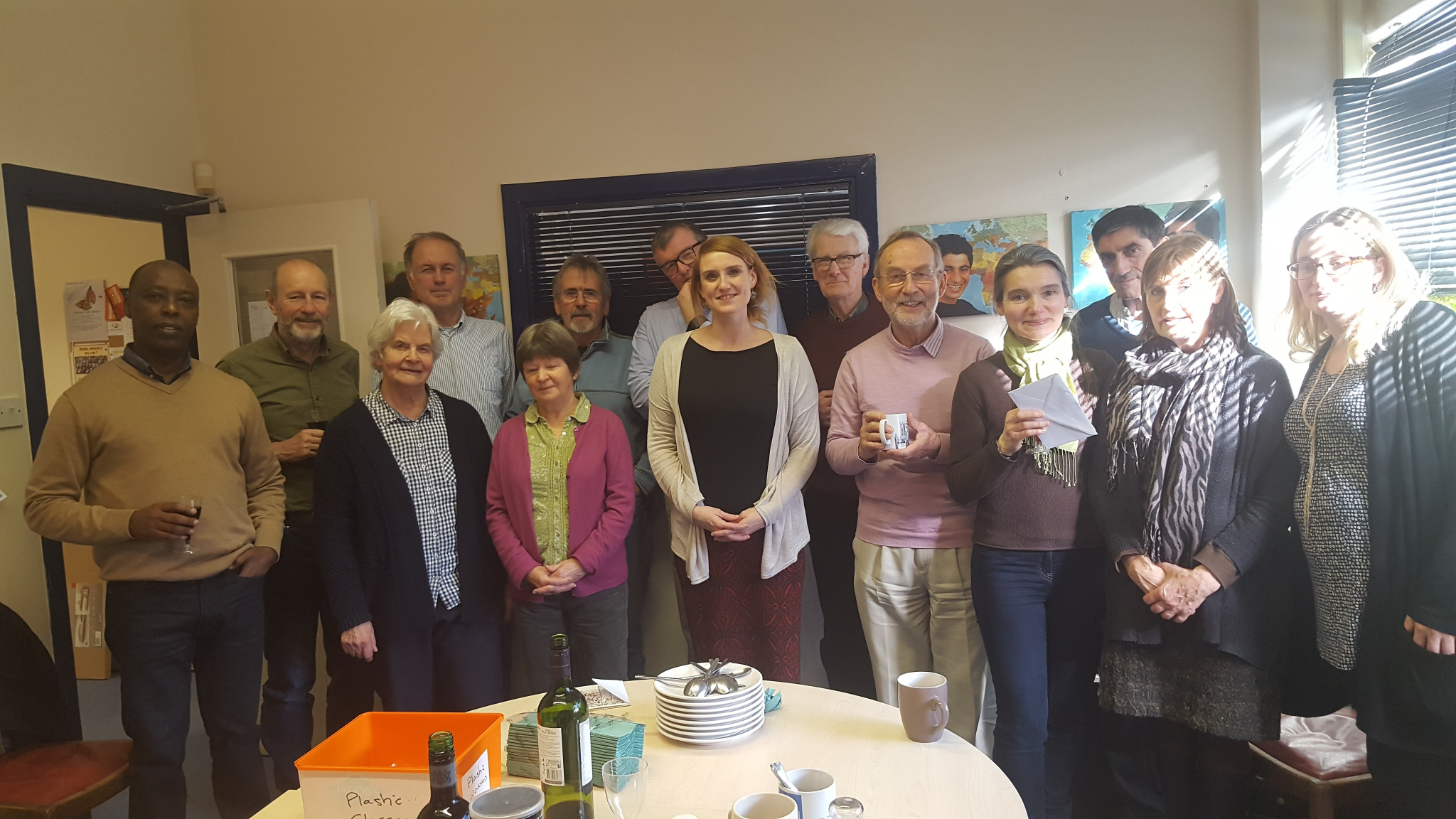 “you have to understand, no one puts their children in a boat unless the water is safer than the land” – Warsan Shire, “Home”

From civil wars, political and religious persecution, or tyranny; the decision to flee one’s country is often seen as a last resort, a risky journey considered safer than staying. Despite talk of a refugee crisis in the West, developing countries host 85% of displaced people, while only 0.24% of the UK’s population are refugees and asylum seekers. No official census exists for the number of refugees and asylum seekers in Oxfordshire, and while 2012 survey conducted by Refugee Resource gave an estimate of about 3000, figures are believed to be higher. Oxford fares quite low in numbers compared to other cities in the UK, where housing is cheaper, so hosting refugees is easier. Those who choose this city as a destination often have some sort of link to it, whether knowing someone, or hearing of Oxford through word of mouth. As strenuous as it may be, this link can make the city seem like a more comforting place in their minds.

I met Luci Ashbourne, from the Asylum Welcome charity, who gave me an insight into the work which goes into supporting refugees and asylum seekers in Oxford. Launched in 1996, Asylum Welcome stemmed from the bridging of organisations dealing with refugees and detainees in Oxfordshire, and today is the main organisation providing advisory support for the region. With ten members of staff, of which only three work full-time, it operates on the good will of about 160 volunteers. About 50% of the funding it receives comes from local donations and fundraising efforts, and a number of institutional and charity organisms offer grants to support it.

The majority of asylum seekers and refugees who come to Asylum Welcome have come from the Middle East and the horn of Africa, in particular Iraq, Iran, Afghanistan, Sudan, Somalia and Eritrea. More recently, thirty Syrian families have also arrived in Oxford from refugee camps in Lebanon and Jordan, as part of the government’s resettlement scheme, and Asylum Welcome works with the Oxford City Council to provide them with the support needed to adapt to this new life.

Asylum Welcome offers a range of advisory services, ranging from support with refugee status applications, to finding accommodation, and receiving educational and occupational help. English lessons are a core part of the support offered by volunteers, as language forms an important barrier when dealing with administrative documents, finding work, and integrating into the community more generally. The charity also offers its users weekly hot meals, and works closely with the Oxford Foodbank to provide fresh and packaged food to its users. Individual food donations are also common, but as Luci laments, a substantial proportion of products given are quintessentially British, with baked beans and tea featuring in large numbers, while not especially appealing to the tastes of refugee communities.

Lifting people out of destitution is not a simple task, and refugees and asylum seekers need all the help they can get.

Until recently, the organisation also worked with detainees held in Campsfield House Immigration Removal Centre, Kidlington, one of the UK’s detention centres where asylum seekers entering the country were held indefinitely, until the Home Office decided on their status. For asylum seekers fleeing their countries and seeking safety in new land, being placed in a prison-like detention centre can be a source of anxiety, and Asylum Welcome volunteers worked closely with lawyers to inform detainees of their rights, and provide them with advisory and emotional support. Campsfield closed down in December 2018, but other detention centres in the country continue to detain asylum seekers, and Asylum Welcome still offers support to those detained elsewhere.

About 80-100 of the charity’s clients a year are legally minor young people who enter the country alone, and receive long-term support for a successful integration. Separated from their families who may have been killed or unable to leave their home country, unaccompanied children and young people who arrive at Asylum Welcome often carry the burden of trauma and emotional scars. Some enter the UK as young as 13 years old, and Asylum Welcome seeks to provide them with the help they need to complete their education and settle into a new community. As part of the initiative to help young refugees and asylum seekers make friends, the charity provides 15-21 year-olds with a youth club, which organises weekly social evenings, and day trips during the holidays, providing them with a space to connect with others sharing a similar experience, be themselves and have fun. As Luci put it, the aim is “to give young people the chance to be young people, meet peers, and have a welcome relief from anxiety that may be wearing them down.”

One only has to think of Katie Hopkin’s labelling of refugees as ‘cockroaches’, and her recurrent calls to ‘protect’ British citizens from the benefits allegedly taken from them.

Because Asylum Welcome depends on its volunteers for most of its work, it requires a minimum commitment period of one year, but students may get involved for shorter-term, more regular volunteering. Opportunities range from reception work at the front desk, to language lessons and translation, or punctual efforts such as donations and fundraising activities. From sports challenges, to organising events, Oxford abounds with opportunities to raise money and awareness. Lifting people out of destitution is not a simple task, and refugees and asylum seekers need all the help they can get.

Anti-immigrant sentiments have grown in the past decade, with the idea that whatever help migrants may receive will entail a loss for hosting communities, in terms of benefits, jobs, or culture. For Luci, this is the flipside of privilege: “If somebody is in need, and they’re coming into your country, then you feel like your things are taken away from you, and there’s a risk to you, and your jobs, your land, your children’s place at school, all of that”. Of course, the migration of refugees is not a new phenomenon. Although the Western world likes to paint the discourse as one of safeguarding the nation, rather than xenophobia, it was just as unsympathetic to the first waves of Jews which settled in Europe prior to World War II. But with ongoing wars putting lives on the line in certain parts of the world, the question of immigration has been brought to the forefront of public debate, and is often painted in a negative light. One only has to think of Katie Hopkin’s labelling of refugees as ‘cockroaches’, and her recurrent calls to ‘protect’ British citizens from the benefits allegedly taken from them. This hostile environment has placed refugees in a vulnerable position, and the number of people seeking Asylum Welcome’s support has more than doubled in the past year alone.

In addition to the practical challenges which asylum seekers face upon arrival to a host country, a stigma is often attached to their situation, and despite the diversity of its community, Oxfordshire is no exception. Coming from radically different cultures, many refugees and asylum seekers moreover may feel disoriented, and integration is not always easy. As I wrap up my interview with Luci, asking if she has anything to add, her thoughts go to Oxford students, to whom she addresses a plea of awareness and solidarity with young refugees. Many Oxford students are in situations of privilege, and she asks that they try “to imagine what it must be like to be a young person having to deal with all the things that you deal with as a young person, alongside coping with some incredibly difficult circumstances”.

To find out more about the charity, and how you can volunteer, see: www.asylum-welcome.org