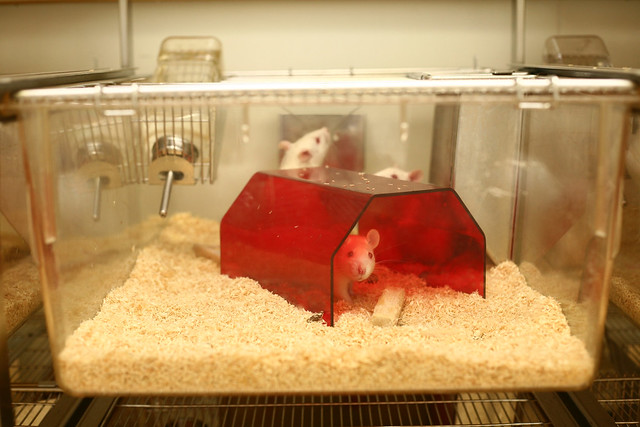 In the week leading up to World Day for Animals in Laboratories, held on the 24th April, it is arguable that public calls for the end of animal testing has never been greater; with a significant increase in vegetarianism and veganism, as well as the growth of animal rights advocates on social media platforms, we live in a period which is marked by an ethical preoccupation with the welfare of animals. In November 2018, Understanding Animal Research, an organisation to promote awareness of animal research, published a list detailing the top 10 Universities for animal testing; out of the 3.79 million experiments completed in the United Kingdom during 2017, 1.32 million of these were carried out at the 10 Universities on the list. Oxford University topped the list, having conducted more animal testing than any other University. In 2015, Oxford carried out 226,000 procedures; in 2017, they carried out 236,429.

Just over a decade ago, Oxford opened a new £18 million animal research laboratory, the Biomedical Sciences Building. Although the University does not use the animals to test pharmaceutical products, the facility nonetheless experiments on a number of animals and has been attacked for its lack of transparency throughout the past decade. The initial proposal of the plans were met with condemnation: in 2005, an arson attack – perpetrated by a member of the Animal Liberation Front – caused £500,000 worth of damage to an Oxford boathouse. Attacks carried on throughout the building process and, as a result, the University was forced to halt the project for 16 months while they obtained an injunction to protect its staff and workers. In the following two years, a number of makeshift bombs were detonated on University property and one perpetrator was charged with a 10-year custodial sentence.

The polarising ethical views mean that there is no clear path to take, and it is likely that the tug-of-war over animal testing will continue

Oxford says that they are “committed to high standards of animal welfare. That means housing animals well, ensuring they have opportunities to exhibit natural behaviours, looking after their psychological well-being, and keeping them in good physical health”. However, there are presently around 16,000 kept within the Biomedical Sciences Building at Oxford and, according to the University’s own statistics, 2,224 severe procedures were carried out in 2018. One can’t help but worry that, behind closed doors, unpleasant experiments – however ‘legal’ – might be conducted. In fact, as has been previously reported in national newspapers, some of the alleged experiments carried out by some of the Universities on the list were said to involve deprivation of food and water and foreign objects being implanted in animals’ limbs. It has also been alleged that rabbits were injected with cholera and some even had their eyes sewn shut.

The main justification for these abuses is that animal testing is vital in medicinal understanding. Oxford certainly seems to share this view, asserting that “there is overwhelming scientific consensus worldwide that some animal research is still essential for medical progress”. It is true that the work done with primates has allowed scientists vital insight into diseases such as malaria as well as degenerative psychological conditions such as Alzheimer’s disease. Moreover, they have used animals to develop vaccines and understand the causes of heart disease; nearly every medical advance in the last century has depended on animal testing. Despite this, nearly 90% of drugs that pass animal tests fail in human trials, and with modern scientific methods, such as computer modelling and cell culture – which are more predictive and significantly more relevant to humans – it is simply not true that there are no alternative methods.

Although the University does not use the animals to test pharmaceutical products, the facility nonetheless experiments on a number of animals and has been attacked for its lack of transparency throughout the past decade.

Malpractice and abuse has not been confined to the UK’s Universities. Huntingdon Life Sciences, a Contract Research Organisation who are currently the largest non-clinical CRO in Europe, have faced vitriol after multiple cases of terrible abuse have been exposed. In 1997, undercover infiltrators captured horrific – and non-scientific – abuse, including a video of one beagle puppy being held up and punched repeatedly in the face. An undercover PETA investigator documented hours of hidden footage, some of which was alleged to depict the dissection of a live, conscious monkey. It has previously been estimated that roughly 500 animals die every day at HLS. Although some of the workers shown in the footage were suspended and subsequently charged with animal cruelty, the condemnation of HLS continues to this day.

Since 1999, a specially-formed organisation, Stop Huntingdon Animal Cruelty (SHAC), has dedicated its mission to disrupt the company’s operations; 13 of its members were jailed between 2009 and 2010. Only last year was a couple in Winchester sentenced for their role in a terror campaign directed towards HLS. Although most people would agree that it is important to vocalise animal rights and consistently condemn companies who continually violate them, one can’t help but feel that such extreme – and illegal – lengths are a very questionable way to resolve the issue. For years, animal rights groups such as SHAC have embarked in ruthless and prolonged campaigns; although in this instance, the evidence against HLS was damming, there have been organisations who, despite cohering to the government’s regulations on animal testing, have nonetheless been targeted.

This was arguably the case for Oxford University during the building of the new laboratories; whether you agree with animal testing or not, it seems somewhat hypocritical to fight alleged animal abuse with bomb hoaxes, blackmail and threats of violence: crimes should not be punished through equal – if not more severe – crimes.

The issue is not confined to medicinal testing, either: it is commonly known that global corporations regularly test pharmaceutical and cosmetic products on animals, with brands such as Calvin Klein, Colgate, Johnson and Johnson, L’Oréal, Nivea and Vaseline having admitted to testing on animals in the past. This makes it very difficult for the individual consumer to know what products might have profited from cruel testing methods; although one hopes that companies have avoided cruel methods, we can never truly understand the secretive processes which they employ to create products for such a competitive market. As proven by the exposure of abuse at HLS, abuse – where it occurs – is perpetrated by individual workers, making it difficult to police. However, these people would never have had the opportunity to abuse if the animals were not being held captive in the first place.

There is no obvious conclusion to be drawn. Although the general public are, in their majority, opposed to animal testing, there is no direct approach they can take to combat it. With cosmetic testing, at least, the consumers have a distinct power over companies, as they can simply boycott their products, cutting profit. However, this is not an option with private testing facilities such as those in the UK’s Universities. Although many of these facilities operate tests using taxpayers’ funds, they can continue to ride roughshod over public sentiment as there’s no means of recourse against them, so long as they comply with government regulations.

While considering the undeniable medical advances enabled by testing on animals, these benefits provide little comfort when, simultaneously, the memories of tormented puppies, monkeys and rabbits in British institutions also appear. With scientists on the one side, and bomb hoaxers and arsons on the other, animal testing continues to be a ‘melting point’ of ethical dilemmas. However, although I do not agree with the methods of some fanatics, one wonders how things might be different without them; if such extreme methods had not been employed, perhaps organisations might further exploit this lack of opposition and press on with even more harmful and traumatic tests. The lack of resolution makes the problem even worse, for the polarising ethical views mean that there is no clear path to take, and it is likely that the tug-of-war over animal testing will continue for a good time to come.