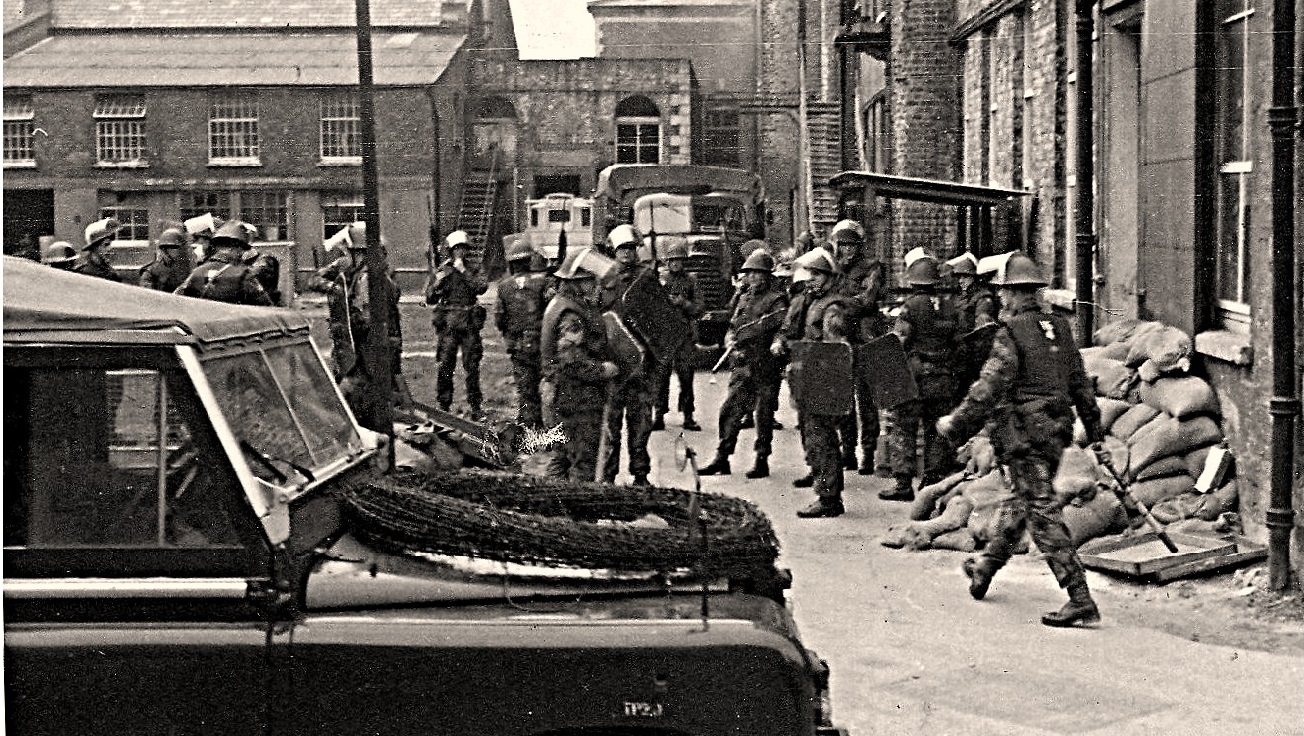 On Thursday evening, riots broke out in Mulroy Park and Galliagh areas in Derry in Northern Ireland. Earlier that evening, police vans had entered the area to investigate dissident republicans believed to be planning attacks in the city. As the riots escalated to include use of petrol bombs and the hijacking of two cars, residents and passersby gathered to observe the disturbances. In and around 10pm, a masked man fired gunshots towards the police and onlookers. Lyra McKee, the 29-year-old journalist and LGBT rights activist, was shot and fatally wounded. Two men, aged eighteen and nineteen, have been arrested under anti-terrorism legislation. On Good Friday morning, the Unitarian Church added Lyra McKee’s name to the list of victims of the Troubles.

Lyra’s death is a nightmarish tragedy. A talented journalist, her first book, Angels With Faces, about the murder of a Northern Irish MP was due to come out this year. Her second book, The Lost Boys,  investigating the disappearances of boys and young men during the conflict, is due for release in 2020. Pointing fingers at the hidden truths in an anxious society, the death of Lyra McKee is a heartbreaking loss to her loved ones, as well as to a Northern Ireland in desperate need of the truth.

For those unaware, ‘the Troubles’ is a euphemism for the conflict that began in and around 1968 which plagued Northern Ireland and claimed over 3,500 lives to date. The period has been historicised as an ethno-nationalist conflict primarily routed in sectarian tensions. Although nominally ‘the Troubles’ is a loose definition, life (for some, importantly not all) during the period is easier to define; think car bombs, petrol bombs, blown up buildings, burning limbs, beatings, snipers, lost lives and intimidation. Thankfully, by 1998, the Good Friday Agreement, which privileged the pursuit of peace and democratic process, was agreed upon by both the Irish and British governments and nearly all political parties in Northern Ireland. For most, the Good Friday Agreement is thought of as the end point of the conflict.

“Pointing fingers at the hidden truths in an anxious society, the death of Lyra McKee is a heartbreaking loss to her loved ones, as well as to a Northern Ireland in desperate need of the truth.”

Of course, where Northern Ireland is concerned, Brexit poses a very real threat to open a Pandora’s box of acute emotions. The issue of the border between Northern Ireland and the Republic has become one of the central problems in Britain’s exit negotiations – and rightfully so. US Speaker of the House, Nancy Pelosi, recently announced that the US would not engage in a trade agreement with the UK if any of the provisions of the Good Friday Agreement were compromised. Yet given that the mere threat of a hard border has had the impact of reigniting ancient enmities, imagine what could happen if this became a reality.

Nevertheless, this article is not about Brexit – it is about Northern Ireland past and present. Lyra’s death is a senseless tragedy that echoes the anguish earlier times. It is a shocking reminder of the potential for latent emotions to implode, and for the little ‘t’ to capitalise. Lyra’s murder shows us that Northern Ireland is still a troubled place. It is imperative that policy-makers, politicians and individuals accept this reality, rather than continue to abandon truth in favour of convenience. Northern Ireland needs help. It needs to be understood.

Nobody wants a return to what was. If you don’t know what that means, then you should find out (students from the UK I am looking at you here). It may not be your fault that the conflict in Northern Ireland was not on your syllabus in school, but that is no excuse for ignorance about what is now part of your own history. So, pick up a book and read up on the topic (if you don’t like hard history, I highly recommend Anna Burns’ Milkman).