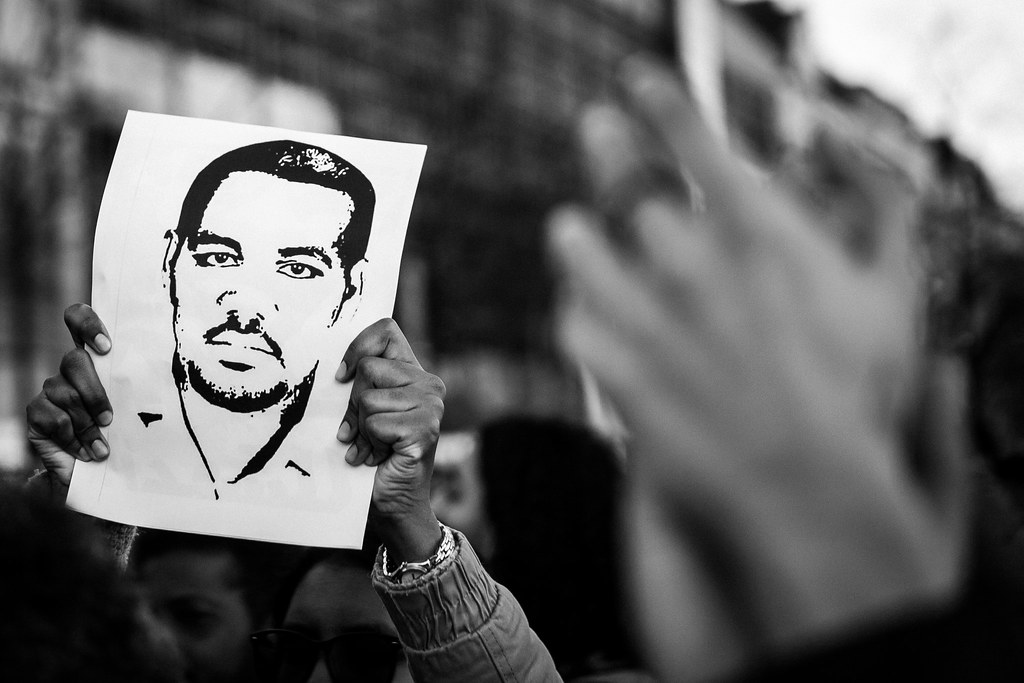 Image description: A poster held up during the recent protests in Sudan

On Thursday 11th April 2019 the President of Sudan, Omar Al-Bashir, was removed from office by a military coup. These leaders were taking advantage of the mass protests in the country’s capital, Khartoum, which began in December 2018. The protests were initially in response to the government’s austerity measures, but rapidly grew to demand the removal of President Bashir and his government.

A Transitional Military Council (TMC) is currently in place and has promised a transition to civilian rule in two years, a process which will be overseen by the TMC. However, this has not satisfied protesters, who are demanding an immediate transition to civilian rule, the detention of the political and military figures of Bashir’s regime who committed ‘crimes against the people’, and the release of political prisoners arrested during the protests.

Several factors make these protests extremely interesting. Firstly, the momentum they have is unprecedented. One might expect that once the old leader is overthrown and a new regime established, the protests would fizzle out. But this is not the case in Sudan, indeed the protesters seem to have gained momentum since the toppling of Bashir, with subsequent protests leading to the resignation of Defence Minister Auf and security chief General Gosh, and a reiteration of their demand for immediate civilian rule. Sudanese protesters have certainly learned lessons from the rebellions, counter-rebellions, uprisings and subsequent military crackdowns that characterised the region in 2011 during the Arab Spring and will not give up their demands easily.

Another interesting dimension to the Sudanese protests is that roughly 70% of the protesters are women.

In addition, the professionalism with which the organisations leading the protests have conducted themselves thus far is admirable. Human Rights Watch have estimated that the number of protesters who have died since December 2018 to be more than fifty, and yet the protesters have continued with their non-violent protests, in the form of sit-ins outside the Military Headquarters, despite this threat and provocation. The Sudan Professionals Association (SPA), a collaboration of Sudanese doctors, health workers and lawyers, have been at the forefront of organising the protests, and currently make up part of a collection of opposition groups, called the Alliance for Freedom and Change, who are in talks with the Military Council to discuss the timeline of civilian rule. The coalition of opposition and protest groups have a more thoughtful, long-term plan for the government of Sudan than the present ruling group. The only information revealed by the TMC thus far on their plans for Sudanese government have been transition to military rule in two years, overseen by military generals, and to declare a state of emergency within Sudan for three months. Beyond this, they have shown themselves to be reactive, conceding to certain demands in order to appease protesters, but doing little to create plan for future government. By contrast, the Alliance has plans for civilian government with a legislative assembly of 120, to be achieved after a 4-year transition period overseen by technocrats and civilians, culminating in free elections. The Alliance also stated that they would soon be releasing the names of the people they want on the civilian council, but this has not yet happened. The Alliance is looking to the future, the TMC is still reeling from the past.

Another interesting dimension to the Sudanese protests is that roughly 70% of the protesters are women. Given the oppressive laws that exist in Sudan that regulate women’s behaviour, this may seem surprising – indeed, between 40,000 and 50,000 women are arrested and flogged every year by public order police because of their clothing alone. However, female protesters have been remarkably successful in making their voices heard, for example a video of a woman, dubbed ‘Kandaka’, meaning Nubian queen, leading protest chants went viral on Twitter and she is now a symbol of the protests. Similarly, a group of Sudanese feminists launched a campaign called ‘Waqto wa naso’, meaning ‘The time has come’, to call out the country’s sexism.

The Alliance is looking to the future, the TMC is still reeling from the past.

There have been anxieties about how far the SPA would represent the views of these women, and further to this – would the potential civilian government that the Alliance wish to create allow room for the voices of women, who make up most of the protesters? This concern is based on the fact that on 9th March 2019 the SPA issued a statement in which they called for protests to cease for a day and be replaced instead with a city-wide clean-up of the streets of Khartoum to restore national pride. The SPA stated that they were aiming this call specifically at female protesters because they ‘cared more about cleaning’, sparking outrage from many female protesters.

The SPA issued a sincere apology and organised the clean-up day with men and women playing an equal part.

It seems that this mistake has in fact been a golden opportunity for the female protesters, as the outrage it caused has led the SPA to be all the more conscious to include the voices of women in their demands – they have a female spokesperson, and announced on the 19th April that their plans for a civilian government included a 40% female legislative assembly. The SPA and the Alliance’s commitment to representing women seems legitimate.

There are indications within Sudan, but outside the protest groups themselves, that attitudes to women’s activism is shifting – in March 2019 a court overturned flogging sentences for nine women accused of taking part in the protests in defiance of the public order acts, indicating that this loosening of the restrictions on women may not simply be limited to their protesting allies, but demonstrative of a wider change in attitudes.

The leadership of the opposition groups, the commitment to non-violent protest and conviction of their aims has given the Sudan protests a morality and a strength that is simply remarkable. This is because of the huge array of people involved – its strength is in its diversity. If the community of protesters and opposition groups can hold together during negotiations with the Military Council, then we may see civilian government in Sudan sooner than anyone anticipated, but let’s not forget that if this does happen it will be because of the conviction of the protesters and in spite of the Military Council.