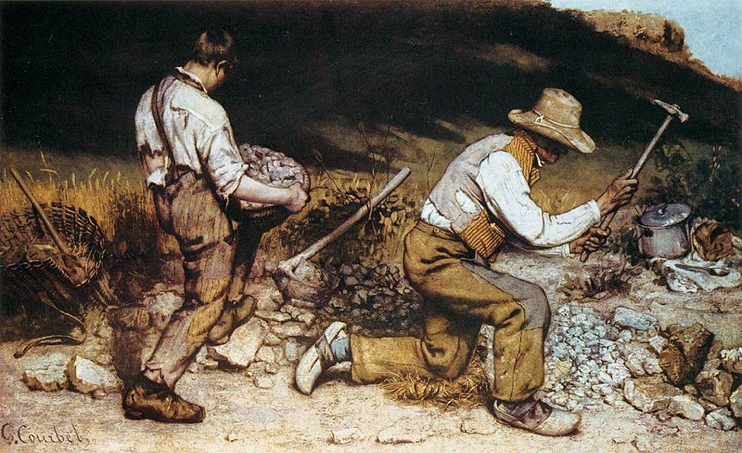 On 9th April, I spent my morning in Notre Dame cathedral. I had previously studied it in multiple art history classes, and thought, ‘Why not go?’ When I arrived, I was blown away. I stared in amazement at the portal sculpture of Saint Denis, a Christian martyr who was purportedly beheaded for his faith, before picking up his disembodied head, and preaching throughout Paris on a seven-mile walk. I looked at the stunning stained-glass windows which no photos could have ever done justice, and I read about the structure’s storied past, its inspiration, additions, and the minds behind its evolution. As I looked around, all this history felt palpable, grounded in material form.

Only nine days later, after I’d left France, I got an alert that Notre Dame was on fire. I turned on the news and watched in disbelief. Was history going up in flames? Were there things still to be discovered about the past that were being lost before our eyes? Using these questions as a starting point, I’m going to give three vignettes about historical artifacts that give us insight into a past which would otherwise be lost to time if it weren’t for their documentation.

In 1850, Gustave Courbet exhibited his painting The Stone Breakers. It was a more than life-size canvas that depicted two men on the side of the road breaking stones with pickaxes. Courbet’s aim was to show the most grueling, laborious professions in France, giving a glimpse of French life outside the Parisian painting establishment.

Unsurprisingly, the painting shocked its public. Normally, works this size were reserved for the genre ‘History painting’, which usually depicted idealized religious or mythological scenes. Courbet’s critics didn’t understand why he would paint such a huge canvas to depict the humblest parts of society. This reality was considered an improper subject matter for a painting of this size, but it was precisely this disconnect between high and low which Courbet wanted to highlight. As a result, The Stone Breakers became an exemplar of Realism; an art movement which stays as true to reality as possible.

Now fast forward almost a century to the beginning of 1945. World War II was coming to a close, and on 13th February, the Allies began to bomb Dresden. After two days of air raids, the death toll was somewhere around 25,000. Also destroyed in the bombing was the city’s Old Masters Gallery and some of its most treasured artworks, including The Stone Breakers.

So, how do we have a color picture of The Stone Breakers? Color film was made widely available in 1935 with the introduction of Kodak’s Kodachrome; the first color film that was reproducible and projectable. Three years later in 1938, the Old Masters Gallery was closed, and most works were packed away for safe keeping. It seems that in this three-year period someone must have photographed The Stone Breakers, giving us the single image now found all over the internet and in most art history textbooks across the Western world.

Between 68 to 44 BCE, the Roman politician and orator Cicero wrote letters to his lifelong friend Atticus. Today, Cicero is most well known as one of Rome’s greatest prose stylists and orators, whilst his letters to Atticus are regarded as some of the best sources in understanding the period leading to the fall of the Roman Republic. Let’s look at the story that led to preserving these letters.

In the 14th century, almost a millennium-and-a-half after the letters had been written, Ser Petracco was an Italian legal notary trying to raise his son Francesco Petrarch. At his father’s insistence, young Petrarch went into the legal profession. Petrarch gave it a go for seven years, but finally abandoned the profession, calling it a waste of time and a “merchandising” of his mind. Petrarch preferred to spend his days reading and writing Latin as opposed to drawing up contracts and hand-copying legal texts. So, Francesco quit law and travelled around Europe, taking breaks to climb mountains, write poetry, and look for lost Latin manuscripts.

One day while perusing the library of the Verona Cathedral, Petrarch stumbled upon a dusty collection of letters titled Epistulae ad Atticum, i.e., Cicero’s letters to Atticus, which until then no one knew existed. Petrarch, realizing the importance of his discovery, hand-copied the whole collection. Later, he lent his copy to his friend Coluccio Salutati, who made a copy of the copy. At some point, both the original from the Verona Cathedral and Petrarch’s copy were lost. Today, we only have record of this text through Petrarch’s friend, Salutati. In other words, only because Petrarch stuck it to his father and chose to spend his days reading Latin, and because Petrarch had a friend who made his own copy of the letters – do we still have these first-hand accounts of the period before the fall of the Roman Republic.

In 1160, Maurice de Sully, the Bishop of Paris, wanted to make a new cathedral. He tore down the existing Romanesque structure to make a bigger and better place of worship. De Sully decided that the future church would be made in the new Gothic style, which was largely defined by the architectural innovation of the flying buttress. Flying buttresses are the large arched columns you see on the outside of Gothic churches, and they support the weight of the ceiling externally. As a result, architects could replace the relatively modest, dark stone walls that previously bore the roof’s weight with massive stained-glass windows and higher ceilings.

In 2010, long after the church had been completed and modified many times over, art historian Andrew Tallon began to 3D map the church’s entire structure. Over five days, he used lasers to scan the structure, recording each element of the building with all its imperfections. Among other things, he discovered that the cathedral’s western end wasn’t quite as it appeared: its interior columns and aisles did not line up.

But the use of the scans didn’t end there. In fact, Tallon himself wouldn’t even see the most lasting impacts of his work. Eight years after the project, Tallon passed away from brain cancer at the age of 49. Six months later, on 15th April, Notre Dame was aflame. That evening French president Emmanuel Macron vowed to restore the cathedral, and restoration experts have agreed that Tallon’s scans will be crucial in accurately rebuilding the structure.

In the weeks after Notre Dame’s destruction, it’s worth reflecting on the means by which we know the past; the serendipitous ways we preserve and hang onto decades, centuries, and even millennia. This reflection raises another, broader notion: in addition to considering ourselves lucky to have saved important artifacts before it was too late, we should also consider how what we save determines what we consider important. Sometimes we aren’t only serendipitously left with what’s important, but what’s important is what is left.