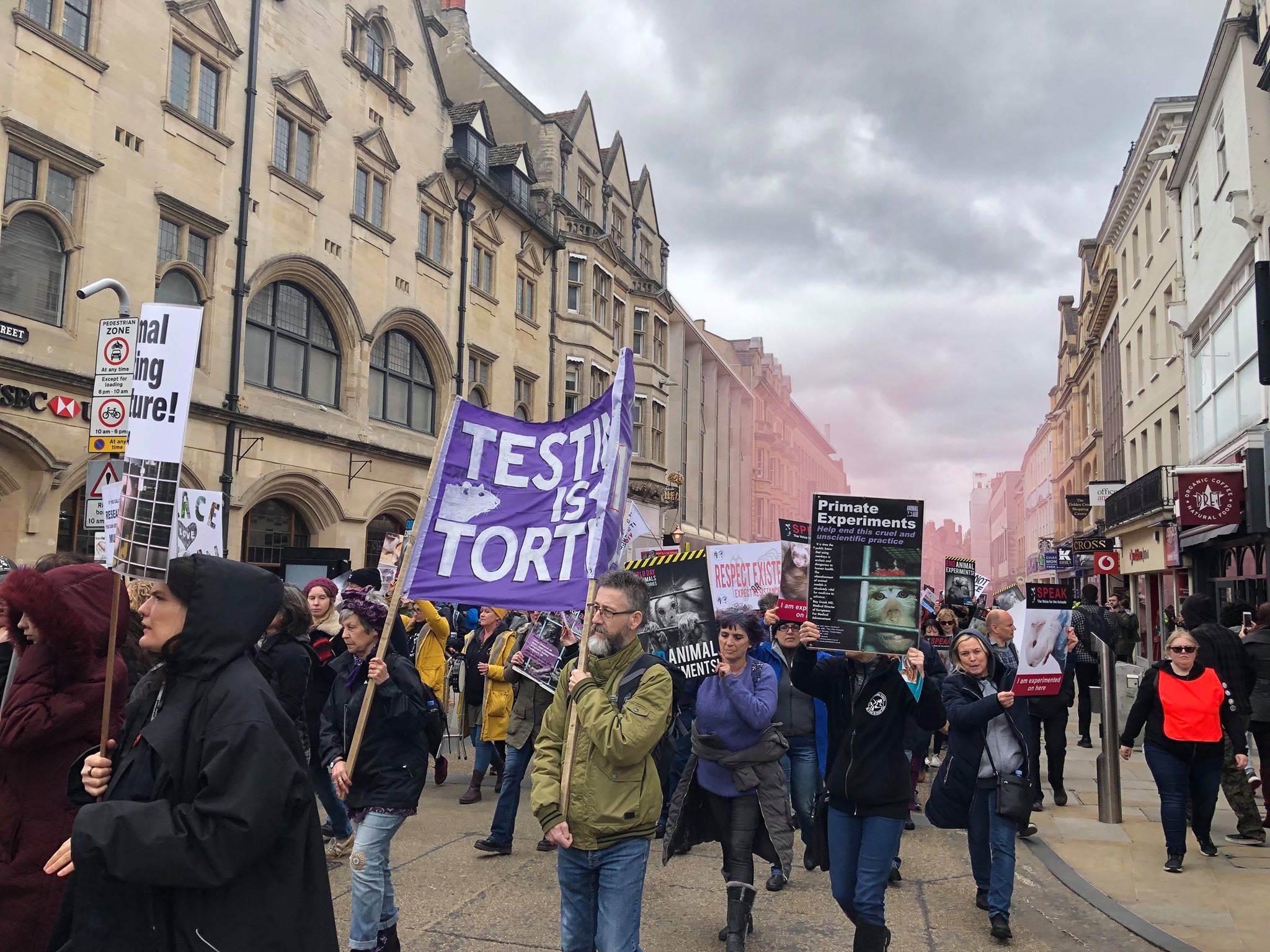 An estimated 300 people from across the UK attended a demonstration in Oxford today to demand an end to animal testing.

Animal testing is a widespread practice, with Understanding Animal Research writing that in 2017 there were 3.79 million experiments on animals in the UK. ‘Victims of Charity’ leaflets distributed at the demonstration cited examples of animal testing that had been financially supported by charities, including cases in which dogs and pigs had been deliberately given heart attacks and human cancer cells had been injected into mice.

Protesters carried signs saying “Animal testing is torture” and “It’s not science, it’s violence”. Chants such as “What do we want? Animal liberation. When do we want it? Now!” and “We want justice for the animals!” were shouted as they marched through the streets of Oxford to the Oxford University laboratory on Mansfield Road. Those present argued animal testing to be not only unethical but ineffective, citing evidence that suggests tests on animals do not work as a good indication as to how products will react on humans.

Demonstrators assembled outside of the University’s laboratory to listen to speakers, who included actor Peter Egan and animal rights advocate Mel Broughton.

Speaking exclusively to The Oxford Student, Peter Egan said: “Animal modelling for human diseases has been conclusively proven not to work. Ninety percent of all tests on animals as models for human diseases fail. If this was any other business, it would never get off the ground. The time to stop animal testing is now”.