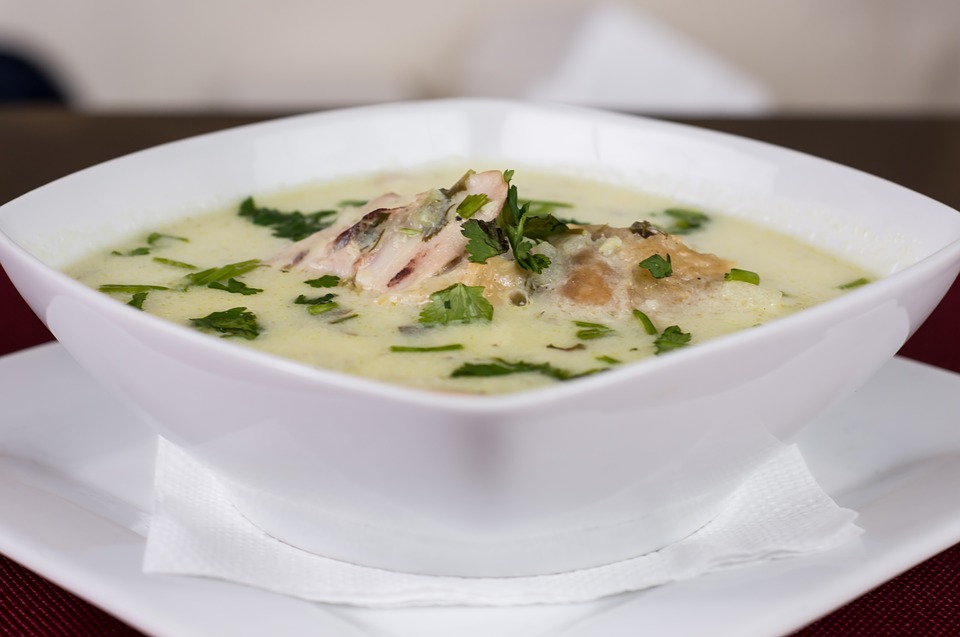 The History of Chicken Soup

Chicken soup – you love it or you don’t. Either way, it is undeniable that the dish has souped its way into the hearts of people across the world, becoming a staple ‘rainy day’/’sick day’ comfort meal and an act of hostility to any kid who hates carrots (memories, shudder). Chicken soup’s broth is usually filled with nutrients from chicken bones, and the American classic version often has carrots, celery, and various other root vegetables; the recipe is also accredited with healing properties. Without further ado, let’s jump right into the history of chicken soup.

Chicken soup has been with us for a long, long time, and there its fame has made its history so easy to find. People have obsessed over chicken soup since the domestication of fowl around 7,000 to 10,000 years ago in Southeast Asia. The Ancient Greeks also had their own version of chicken broth, and believed the soup to have those healing properties I was harping on about earlier. Today, the dish is a staple meal in cuisines from all around the world. You can practically feel tomato soup quaking with envy – always in second place, never in the spotlight.

“You can practically feel tomato soup quaking with envy.”

But while chicken soup on its own has stood the test of culinary time, with chicken soup often comes noodles, and that union came about much more recently. Its noted that the company ‘Campbell’  was the first to commercially combined chicken soup and noodles, creating from-the-can chicken noodle soup and changing the landscape of the chicken soup cinematic universe forever. Campbell’s website description of the end result being a ‘soul-warming, trusted soup that brings a smile with every spoonful’ really hits home. This trusted recipe ushered in a new perspective on chicken soup and brought it into the realm of main meals, with an established carbohydrate making the dish balanced and adequate as a standalone main course at home. Campbell was a genius, and chicken noodle soup was its prodigy.

Finally, before signing off my parting gift is a fun fact about American classic chicken soup’s older forgotten sibling, ‘turtleneck soup’. The fun fact is the name is literal, not inspired by UNIQLO. The soup was actually made out of turtles.

If you’re blinking in shock right now, trust me I beat you to it. An article by food52 spills the tea – George Washington himself ate this during the War of Independence: this was one of the original American ‘chicken’ soup recipes. I’m going to end the article like this, right here.