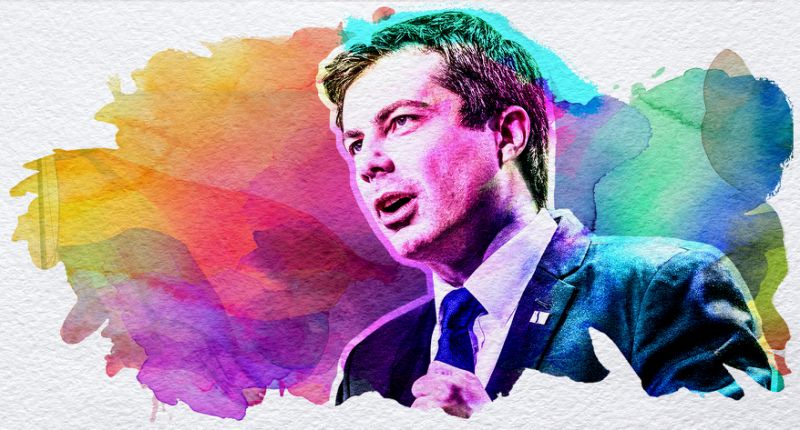 In current polling for the democratic presidential primary, three names stand at the top. The first two, Joe Biden and Bernie Sanders, have a natural advantage in this crowded race, having pre-established national profiles and near universal name recognition.

The third, however, is a surprise. Unlike most of the other candidates in the race for the democratic nomination – many of whom have been widely speculated as potential presidential candidates for years – Pete Buttigieg was a virtual unknown before he entered this race. Nevertheless, in the face of a wide pool of rivals, he is the breakout star; surprised everyone by surging in the polls and attracting significant donor support. It is notable, too, though, that he is also – like Bernie Sanders and Joe Biden – a white man.

Now don’t get me wrong; I do not think that being a white man is a bad thing. Nor do I think that it delegitimises his candidature or his political views in any way. Hell, I’m a white guy myself. I also recognise that, as the first openly gay candidate for president, as well as the son of an immigrant with a weird name, he has minority status, as well as a sense of history behind him.

None the less, it is striking to me that, when faced with a diverse range of intelligent, experienced candidates, many of whom are women and/or ethnic minorities, the democratic party has, at this early stage, chosen to rally behind a privileged white guy whose chief qualification is a two-term stint as Mayor of South Bend, Indiana.

It is true of course that ‘Mayor Pete’ is impressive. For one, he has a sparkling academic resume, having attended Harvard College as an undergraduate and then Oxford as a Rhodes Scholar. For another, he a prodigious mayor; becoming the youngest mayor of a city of its size, earning praise for his effective management, and enjoying widespread popular support. Add to that the demonstrated patriotism as a veteran, and it is clear that the 37-year-old deserves to be taken seriously as an intellectual and political talent.

However, within the context of the democratic primary field, these achievements simply don’t stack up.

None the less, it is striking to me that, when faced with a diverse range of intelligent, experienced candidates, many of whom are women and/or ethnic minorities, the democratic party has, at this early stage, chosen to rally behind a privileged white guy.

Take Mayor Buttigieg’s academic qualifications for starters. Cory Booker, like Buttigieg, earned a Rhodes Scholarship after attending a starry undergraduate college (in his case Stanford rather than Harvard), but then went one step further by attending Yale for law school. Moreover, if you measure academic accomplishment by something other than the star power of your alma mater (something we, as Oxford students may be reticent to do), Elizabeth Warren didn’t attend Harvard, but did teach there as a tenured professor at its law school.

This obscures two truths, however.

The first is that in the comparisons he draws, Buttigieg focuses only on the length of time he has spent in office and not at all on the differing levels of responsibility that exist at various levels of government service. When he says that he has more executive experience than Mike Pence, he is equating his 7ish years as Mayor of South Bend, Indiana, to the 4 years Pence spent as Governor the entire state and the 2 years he has now served as Vice President of the United States: the second highest office in the entire federal executive. This is frankly an indefensible claim, which totally papers over the realities of his government service, which are these:

South Bend is a city with a population of only around 102,000. This makes it the 301st largest in the United Sates and would make it the 98th largest city in the UK; with a population just under that of St Helen’s, Merseyside. While Buttigieg boasts that “if I’ve got a problem with our legislative body – our council – it would never lead to the city shutting down […] we simply figure it out”, what he leaves out is that this is a single chamber body with only 9 members. Moreover, at present, 8 of those 9 members are Democrats, meaning that Mayor Pete has never needed to contend with partisan disagreement, or find a path towards cross-party compromise.

It is far from clear, then, that his experience at this level would be able to scale up to that of the federal government.

The second issue, though, is that even if we put this aside, and accept Mayor Pete’s time-oriented approach to experience, the relevant point of comparison isn’t with the incumbent President – whose notable lack of government experience was one of the key arguments against him in 2016 – but rather with the other candidates for the Democratic nomination.

Consider Cory Booker again. He served as mayor of Newark – a city well over twice the size of South Bend – for six and a half years; roughly the same amount of time as Mayor Pete has been in office once you factor in his 7 month deployment to Afghanistan. Since then, though, he has also served as a US Senator for more than 5 years, giving him federal as well as mayoral experience. Compare Mayor Pete’s experience to that of Kirsten Gillibrand, as well, who has little executive experience, but who has served as a US Senator for over a decade, and a member of the US Congress for even longer. Kamala Harris, meanwhile, became Attorney General of California a full year before Buttigieg became Mayor of South Bend, having already served for 7 years as District Attorney of San Francisco. Furthermore, she is now – like Booker and Gillibrand – serving as a US Senator.

In quantity and quality, therefore, Mayor Pete’s rivals almost universally hold an advantage over him, and there is no argument to be made, purely on the basis of his accomplishments, that can account for his lead over these other candidates. After all, Cory Booker is Pete Buttigieg with a law degree and 5 years in the Senate.

Nor can ideology and policy really account for his advantage in the polls. For one thing, he is yet to announce any formal policy proposals, instead stating in a recent CNN town hall that he’s focusing on ‘vindicating the values that animate [my] policies’. For another, his policy stances broadly resemble those of his competitors, albeit with emphasis placed in slightly different areas, and a perhaps somewhat stronger commitment to institutional political reform, such as his plan to expand the Supreme Court to include fifteen, rather than the current nine, justices.

Ultimately then, it is the intangibles that are really driving Buttigieg’s surge to the top of the primary polls; what Sarah Palin called the ‘hopey-changey stuff’.

Some of this is understandable. As an openly gay man and a millennial, his candidacy feels fresh and truly different, seemingly signalling a changing of the guard to a new generation. Equally, though, as a veteran, a Christian, and a Midwesterner, he also exhibits traditional values and conservative appeal. In addition, he is, in his own nerdy way, rather charming and personable, and is undoubtedly intelligent and articulate when fielding policy questions.

As an openly gay man and a millennial, his candidacy feels fresh and truly different, seemingly signalling a changing of the guard to a new generation.

Yet there is another more disturbing side to this story, too, which is that Democrats – and the left generally – are seemingly just more willing to invest their hope and faith, and to see the qualities of leadership they desire, in a white guy who is untested and inexperienced than they are a person of colour or woman who is demonstrably better qualified.

I am not saying that anyone who supports Mayor Pete is a misogynist or a sexist. Nor am I saying that he would necessarily be a bad president if he were to be elected. What I am saying, though, is that the enthusiasm with which he has been greeted ought, perhaps, to be reflected upon and considered within the context of the kinds of unconscious biases about leadership and inspiration which produce discrepancies in payment and employment between women and men, and between POCs and whites.

It may well be that, after such consideration, Mayor Pete holds up as a genuinely great presidential candidate. Then again, he might not.