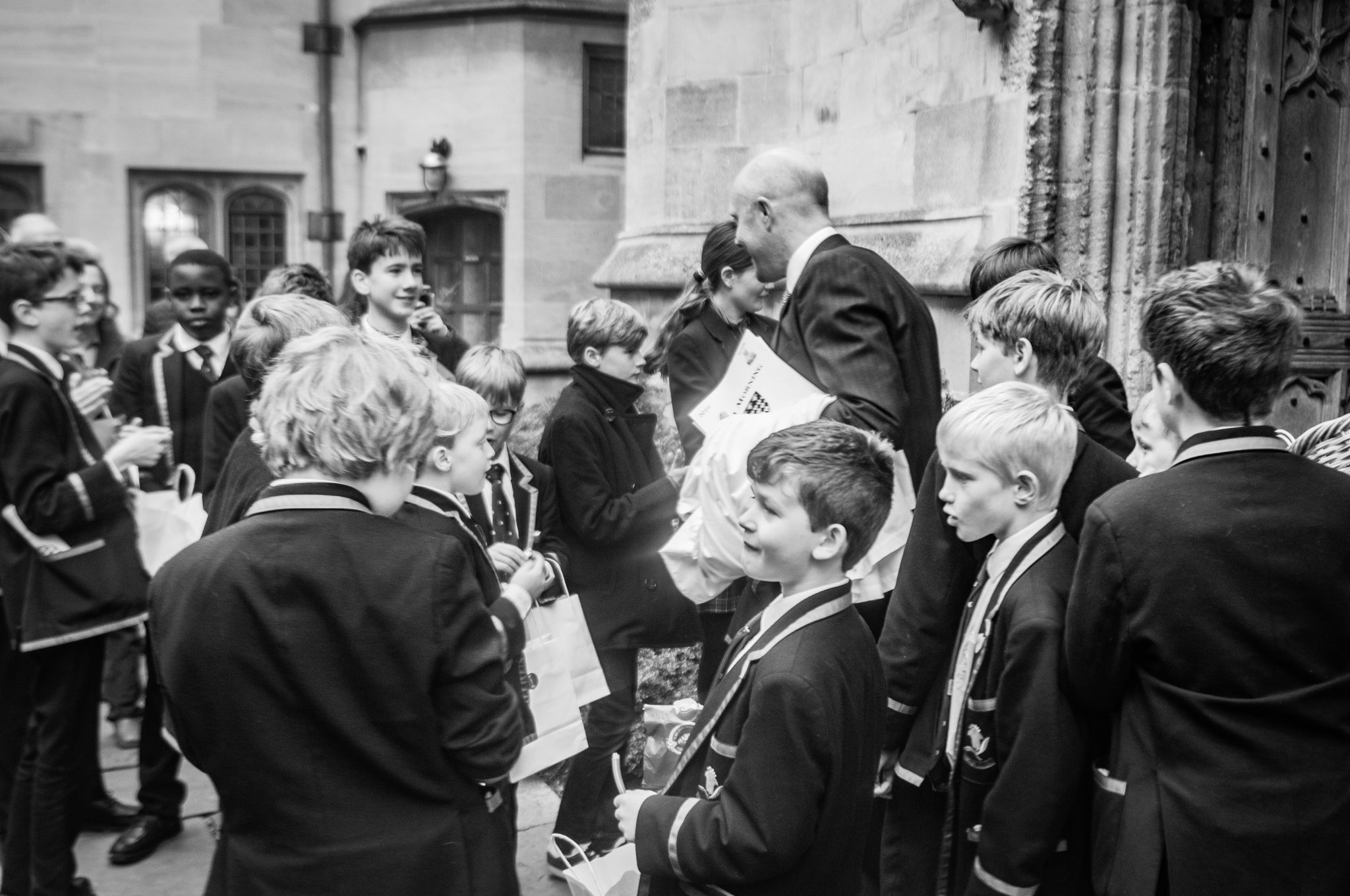 This May Day, approximately 13,500 Oxford residents showed up to Magdalen Bridge for May Morning. The celebration of May Day in Oxford goes back over five centuries. The Magdalen College choir began its performance at 6am and was followed by dancing and music across Oxford throughout the morning.

Paula Redway, Oxford City Council’s cultural development manager, said: “May Morning is a uniquely Oxford tradition. It is one of the highlights of living in our beautiful city, and I am delighted that so many people were able to take part and enjoy it.”

The celebration was organised by the Oxford City Council. Oxford Direct Services workers came to work early, starting at 4am, to clean in preparation of the day’s events.

Here is our coverage in pictures of the day’s events. 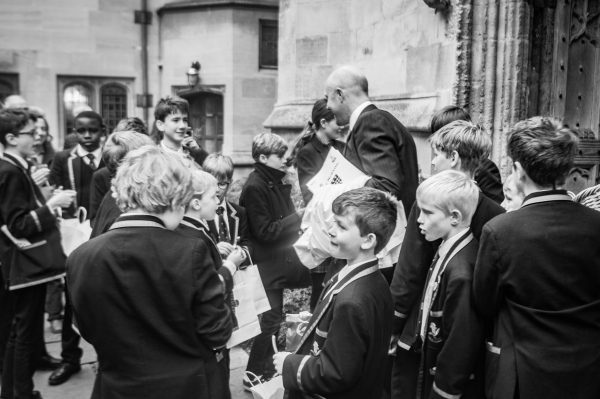 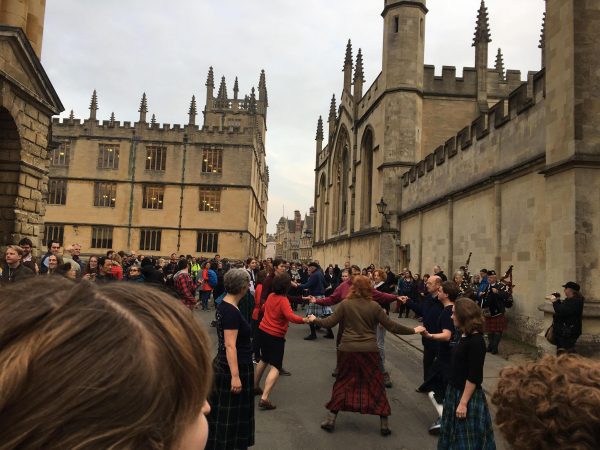 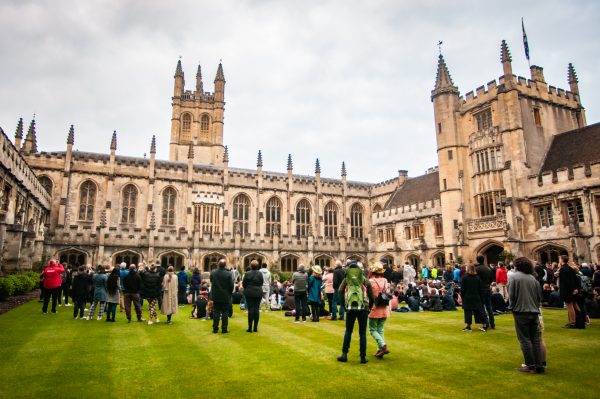 Students enjoying the choir from inside Magdalen College (Xinyan Yu) 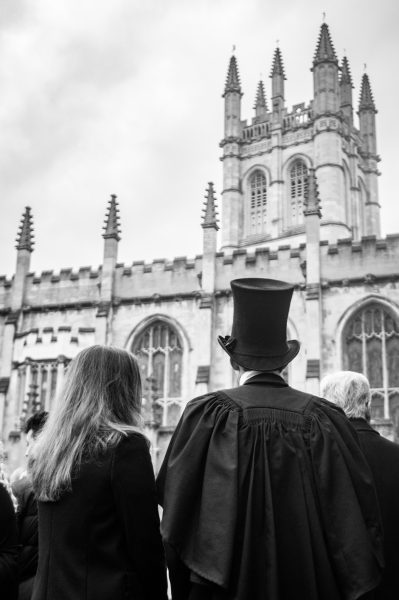 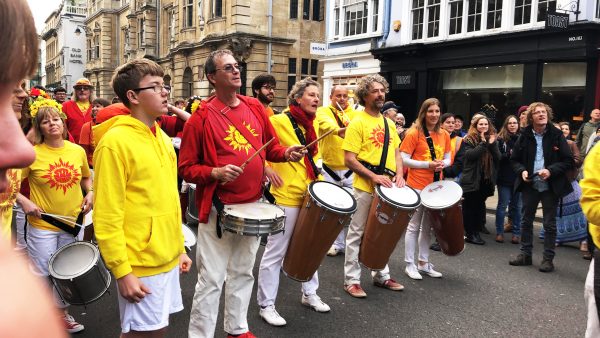 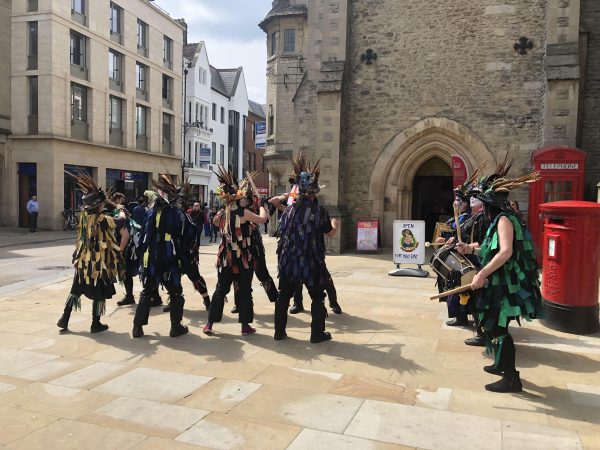 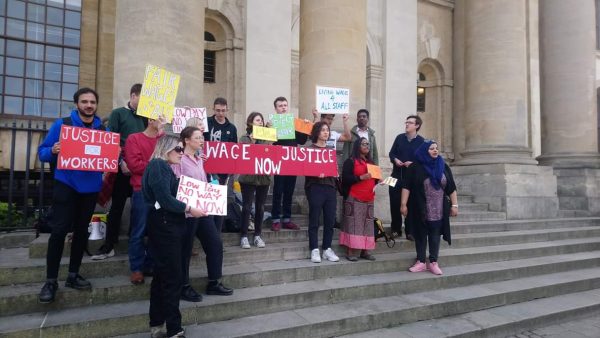 The purpose of the living wage rally was to raise awareness to the low paid work at exists in Oxford. Rebecca Durkin, Chair of the Oxford Living Wage Campaign, told The Oxford Student:

“The purpose of the rally was to raise awareness of and show our support for workers’ struggles in Oxford on May Day. Oxford is one of the most expensive and the most unequal cities in the UK, and a lot of this is down to the prevalence of low-paid work. The government’s so-called National Living Wage is nowhere near enough to live on – nor is the Living Wage Foundation’s National Living Wage, which simply isn’t sufficient to meet Oxford’s high living costs. With the university and colleges employing a significant proportion of the city’s workforce, they could make a real difference. However, based on our most recent Freedom of Information requests, only Blackfriars, Campion Hall and St Cross currently guarantee the Oxford Living Wage to all their staff. We’re calling on the university and colleges to pay the Oxford Living Wage as a minimum, and contribute to wage justice across the city”.

No golden showers at John’s