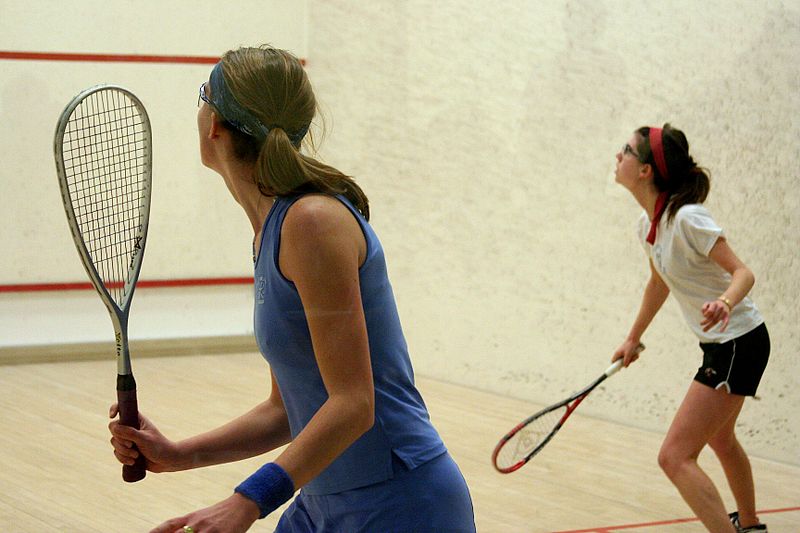 In the run up to the inaugural Oxford University Sports Ball, The Oxford Student spoke to Katharine Kedd, Blues Squash player and Teammate of the Year nominee.

How did you get into squash? How long have you been playing?

This is my ninth year on the squash court and my fourth playing at university.

What is it like to play on the team?

Being part of the Blues team has meant being able to play with people who are similarly enthused about the sport. Turning up to training twice a week with a guarantee of seeing friendly faces, a run around, and excellent coaching has been such a reliable pleasure throughout my degree. No matter how I am feeling before I step on court it always, miraculously, seems to leave me feeling lighter and able to put the rest of my degree into perspective

How can new players get involved?

The friendships I have made on the team are extremely valuable to me and I cant encourage hesitant players enough to give it a go, not just for the wonderful sport itself but also for the companionship of being part of a team.

The Women’s Blues played an impressive league season to finish second in the Midlands 1A league for the third year running. Equally impressive is the Squash Rackets Club’s prominence in the Sports Ball nominatiosn, with Katharine’s teammate Larua Neill up for Sportswoman of the Year award. In the men’s game, the Blues team triumphed over the Light Blues for the fourth year in a row at the Squash Varsity match this year. Having also smashed their way to a top four BUCS finish nationwide, they seem a strong contender going into the Blues Team Performance of the Year award.

The Oxford Women’s Blues Squad is captained by Georgie Willis. The team trains at least 2-3 times a week and plays in BUCS fixtures throughout the year as well as in a number of traditional private fixtures. A number of players also participate in the local Oxfordshire league. The squad is part of the Blues Performance Scheme in 2018/2019, which is testament to the great standard of sport and community which the team have sought to create and maintain in both the club and the sport.