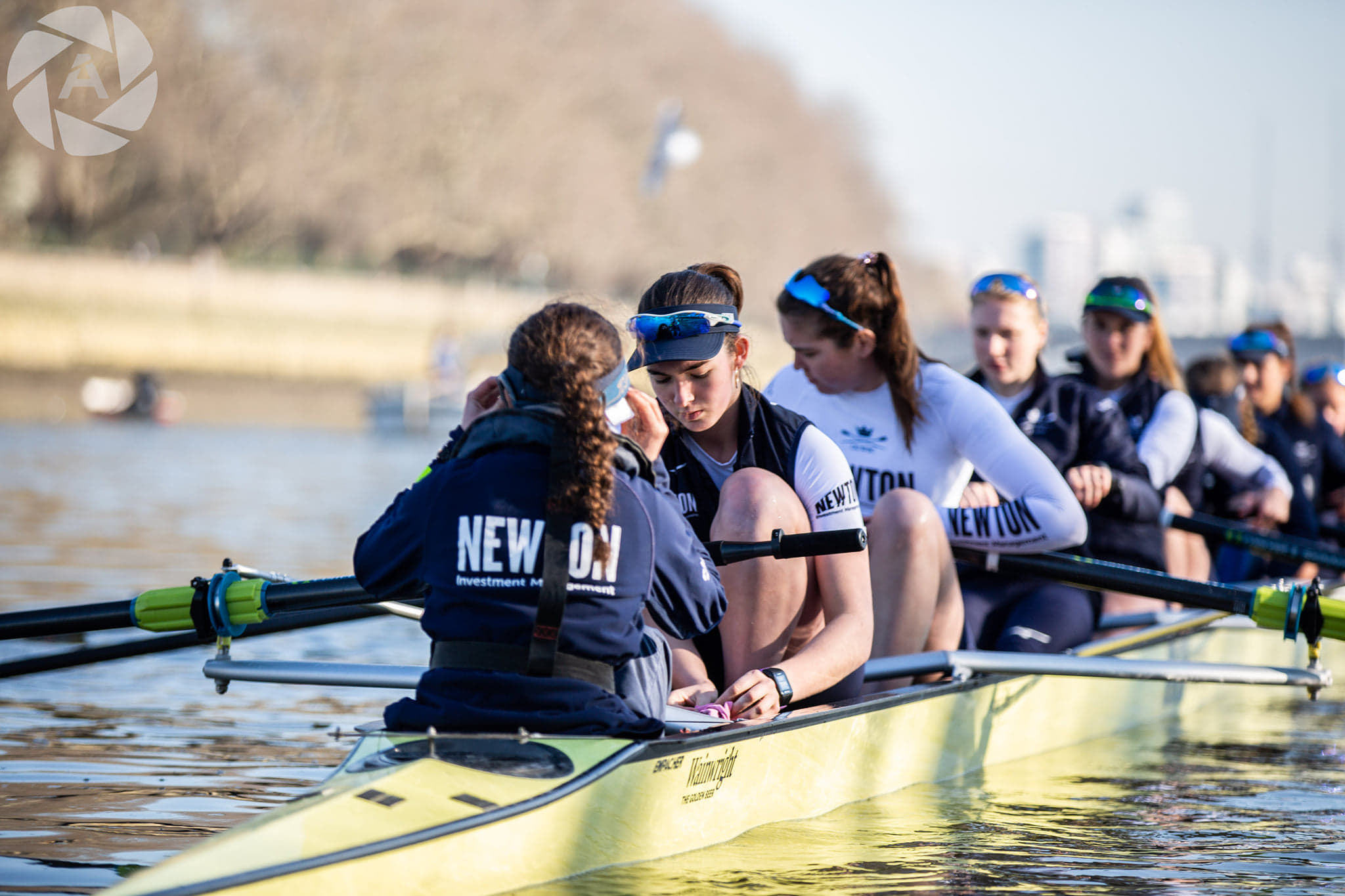 Amelia Standing represented the Dark Blues in this year’s Oxford vs Cambridge Boat Race; the first-year engineer from St Anne’s College taking the position of stroke in the Women’s Blue Boat. Being the youngest of the crew, Amelia did not let only being in her first year at Oxford hinder her from representing the Dark Blues at the annual boat race.

What do you study at Oxford?

How did you get into rowing?

I started rowing at school after watching the 2012 Olympics.

Very busy! We train twice a day most days, in the morning before 9 and from around 1 till 5 in the afternoon.

Do you have any habits/traditions before a race?

Not really, I guess preparing for the race as best as I can by eating and sleeping well could be seen as a tradition? I also tend to have a cup of tea just before races.

What has been the biggest challenge you have personally faced rowing?

I struggle with my mental health sometimes, and during school, I actually quit rowing for a bit because of it. I think the challenge of even making myself go and train and coming back to rowing was probably the hardest thing I’ve done.

I think the challenge of even making myself go and train and coming back to rowing was probably the hardest thing I’ve done.

How did you feel on the day of the Oxford vs Cambridge boat race?

I felt excited to race, but also as you’d expect quite nervous!

How are rowers selected for the Oxford vs Cambridge boat race?

We trial throughout the season and the coach is always assessing us, we do 5k tests which are the more absolute measure of how we’re doing, but a lot of it is our coach looking at what makes the boat go best.

Can you talk us through what happened during the race?

We simply weren’t as strong a crew, we’ve come on a long way since the start of the year and the boat was really moving but ultimately, Cambridge just had more power than us.

Do you feel like women in sport get less attention than men? Do you think this applies to university rowing?

Of course we get less attention, the men’s race is full of history and prestige, and although women’s rowing is being brought into the spotlight more, there is still a way to go. The boat race itself I think handles it quite well (besides the Cracknell media storm) and is doing a lot better than most rowing competitions but is still far from perfect.

Do you feel like women in sport face any issues that men don’t?

Women face issues even getting into sport and what people expect of us. After racing in the boat race, many people have told me “you looked pretty on the TV” (I’m pretty sure I didn’t!) instead of telling me that I rowed well or that I showed grit and determination. Society expecting women to care more about appearance than our achievements really will put people off sport and prevent them from doing something amazing.