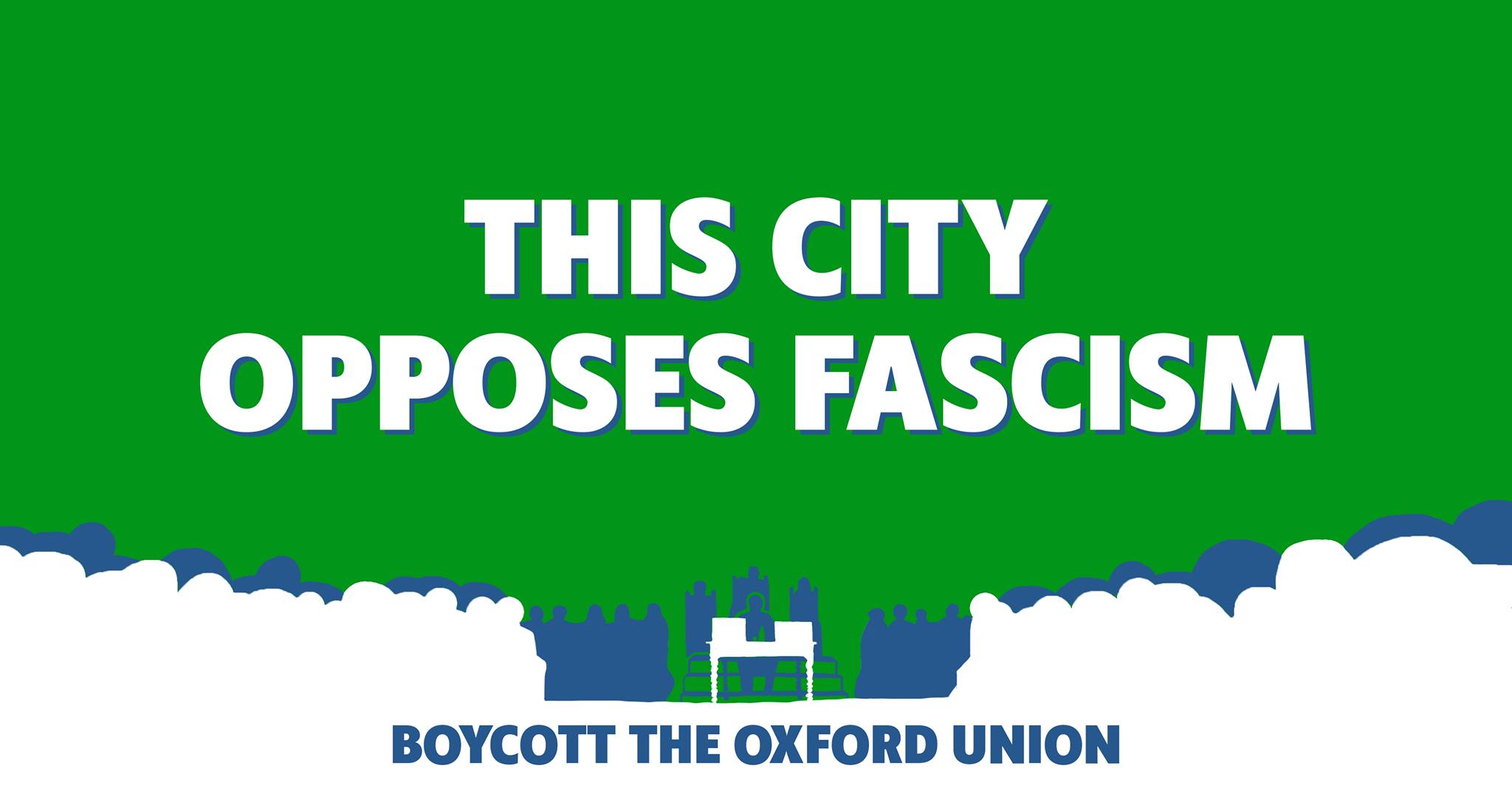 A new campaign has been launched to boycott the Oxford Union following its decision to invite figures described by the campaign as ‘fascist and racist’.

Triggered in particular by the announcement of Katie Hopkins as a speaker for Trinity 2019, the campaign asks students to pledge not to attend Union events and has created an online open letter demanding an end to the Union’s invitation of such individuals, which it asks supporters to sign.

The campaign’s position is further explained in a press release, which stated: “Throughout this academic year, the Oxford Union has invited an array of fascist and far-right figures including Steve Bannon, Marion-Marcehal Le Pen and Alice Weidel.

“This term they are playing host to the far right commentator Katie Hopkins, who has achieved minor fame by insulting and stoking hatred towards countless oppressed and marginalised groups.

“The Oxford Union leadership is attempting to use the dangerous rise of fascist and far right movements around the world to gain publicity and further their own careers.

“We do not see fascism as a spectacle to be exploited for the amusement of the Union’s elite membership. We pledge to boycott the Oxford Union until it ceases to appease fascism and removes videos of the following fascist and far right figures from their YouTube channel: Tommy Robinson, Steve Bannon, Marine Le Pen, Mahathir Bin Mohamad.”