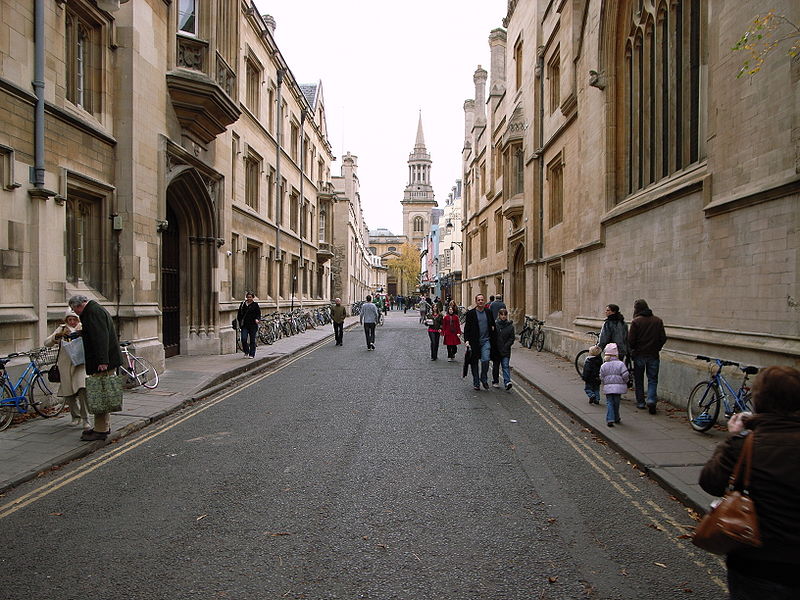 Thames Valley Police have put out an appeal for witnesses to come forward following a rape incident in an alleyway on Turl Street. The appeal was also emailed to students of Lincoln College which is located on the street.

The incident occurred around 03:20 to 03:40 on Saturday, 4th May. The victim, a woman in her twenties, is reportedly being supported by specially trained officers. It is unclear whether the victim was an Oxford University student.

Senior investigating officer, Detective Inspector Matt Bick, said: “We are asking the public for their assistance in our investigation, we are asking anyone who may have seen two men in the company of a woman who match the description shortly before 3.20am in the area of Turl Street to please come forward.

“Additionally we are aware that three vehicles have passed along Turl Street at the time of the offence between 3.20am and 3.40am. If any of the vehicles has dash-cam footage we would ask them to review it and get in touch, or if they have eye witness information we would appreciate them contacting us.

“I would also ask anyone who was walking in the area of Turl Street at around the time of the incident to please come forward.

According to the appeal, the first offender is described as a man with olive or tanned skin, aged late twenties to early thirties, around 5ft 8 to 5ft 9ins tall, clean shaven, with a muscular build. He was has short dark hair which was parted to one side. He was wearing dark coloured trousers and dark coloured jacket.

The second offender also had olive or tanned skin, was around 5ft 7 to 5ft 8ins tall, he was younger looking and looked quite baby face. He is thought to be in his late teens to early twenties, with a muscular build, with short dark neat hair, shaved at the sides. He was wearing a short sleeved white buttoned shirt with dark coloured dots, and dark coloured jean type trousers.

Anyone with information should call 101 or go to our website quoting reference 190 4/5/19.

According to The University of Oxford, Oxford is “generally a safe space to study and socialise in”. Nevertheless, the University advises students that there are steps that can be taken to minimise any risks.

Their suggestions include the following: