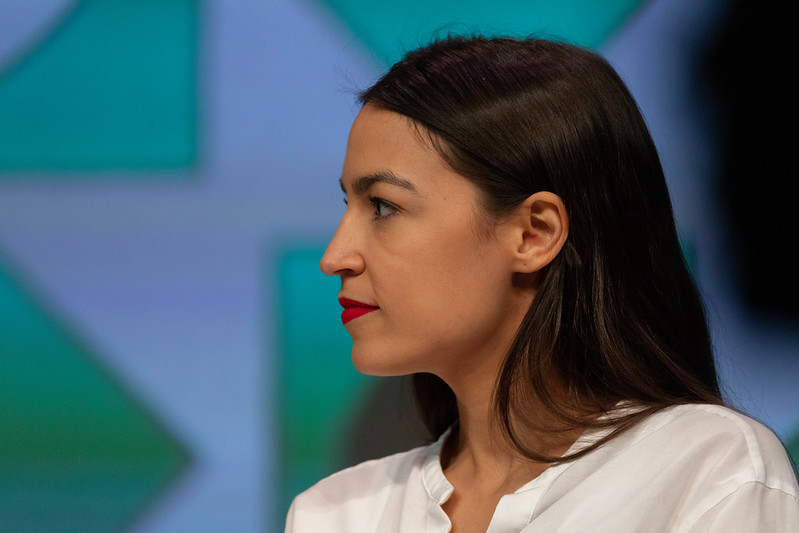 Knock Down The House review – an inside look at American politics

Change is the watchword for American politics right now, whether that means Bernie Sanders or Donald Trump. The 2018 midterms were no exception, with an unprecedented wave of diverse candidates crashing into Congress. In Knock Down The House, documentarian Rachel Lears tracks the primary campaigns of four such candidates running against the establishment.

The candidates are ordinary people drawn into politics because they wanted to fix problems in their community, from healthcare to police brutality to the environment. Lears found them through Justice Democrats and Brand New Congress, two Bernie-inspired groups recruiting non-career politicians to run for Congress. Amy Vilela, a single mother from Las Vegas whose daughter passed away because she didn’t have the right insurance, runs on healthcare. Paula Jean Swearengin, from a West Virginian community hurt by fracking, runs as an environmentalist. All the candidates are women and two of them – Cori Bush from St Louis and Alexandria Ocasio-Cortez from New York – are BAME. The candidates have ordinary jobs as a bartender, a nurse, a mother.

The four are a microcosm for the slate of progressive, diverse insurgents that hit American politics in 2018.

As a documentarian, Lears is unobtrusive and a fly on the wall. While someone like Louis Theroux would be at the centre of their own documentary, Lears is happy to shine the spotlight on Ocasio-Cortez, Vilela, Swearengin and Bush. The graphics don’t get more complicated than title cards introducing us to the candidates. The film could be said to be in the cinéma verité tradition, tracking real life with minimal editorial interference.

Lears’ straightforward style is perfect for a film about straightforward politicians; to document insurgent, grassroots politics, Lears has to some degree stripped the documentary genre down to its essentials.

This style makes sense as an artistic choice, but was also forced by circumstance. The film had a very lean, crowd-funded budget of $28,111. This pales in comparison to a typical documentary; budgets for the submissions to Sundance in 2019 ranged from $200,000 to $5 million. Just like her film’s subjects, Lears was running a frugal operation.

Tonally, the documentary is optimistic and stirring. This film could easily be rooted in anger and frustration: it started development the day after Trump’s election and it ends with some of its subjects losing their primaries. But Lears chooses to look on the bright side, focusing on how close the four candidates came to ‘knocking down the house’ and basking in the anti-establishment left’s support and spirit.

The hopefulness of the documentary is partly predicated on the fact that the end of this film is not the end of its story; Knock Down The House closes with the end of the primary races, leaving untold Ocasio-Cortez’s future as a sudden liberal icon and as a change-maker in Congress pushing for progressive initiatives like the Green New Deal.

Alexandria Ocasio-Cortez, the New York bartender turned insurgent Congressional candidate turned political celebrity, is by far the biggest name in the film. Ocasio-Cortez, whose face is used for the film’s thumbnail on Netflix, is doubtless the draw for many viewers. The obvious trap in making this documentary is that it could headline Ocasio-Cortez and reduce Vilela, Swearengin and Bush to supporting characters.

Unfortunately, Lears does sometimes fall into this trap; because of Ocasio-Cortez’s sudden celebrity and her geographical closeness to New York-based Lears, she does disrupt the documentary’s ensemble nature and become its centre of gravity. In hindsight, Lears may have been better off making a documentary about Ocasio-Cortez alone, but the documentarian had no way of knowing that the New Yorker would become a media sensation back when she started filming.

However, it’s difficult to criticise the film too much for centring on Ocasio-Cortez: she is the most charismatic candidate in the documentary, had the steepest hill to climb and had the clearest success. Ocasio-Cortez’s underdog story is the film’s central narrative throughline. In Lears’s telling, Ocasio-Cortez triumphs over the seemingly invincible Rep. Joe Crowley – a ten-term incumbent, the fourth most powerful Democrat in Congress and potentially the next Speaker of the House – through her energy, tenacity and authenticity. This is not a stunningly original thesis, but the documentary format means that it is told in an original way: shown, not told.

Lears shows Ocasio-Cortez’s authenticity by intercutting footage of AOC as a candidate with footage of her as a bartender, mixing drinks and moving ice, and footage of her as a child, practising piano and goofing around. A scene where Ocasio-Cortez criticises Crowley’s flyers in comparison to her own illustrates her natural political instinct and her willingness to challenge the accepted political wisdom. And Ocasio-Cortez’s speechlessness at her electoral victory makes a nice concluding moment of catharsis for the politician, documentarian and viewer.