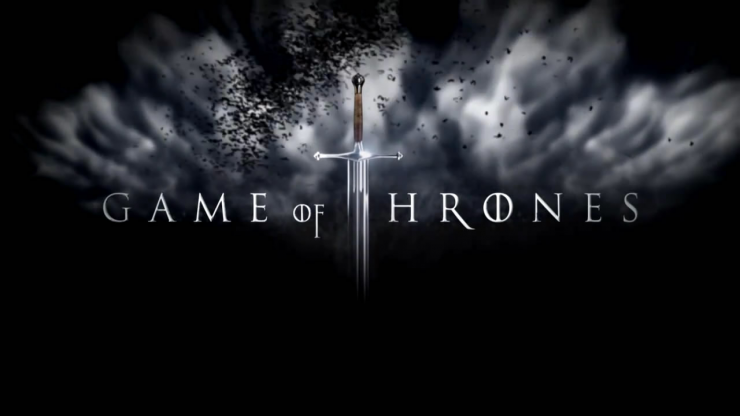 The night is always darkest before the dawn, and so it was with Game of Thrones’ third episode in the final season of the show. The episode opened with an eerie silence; it took almost fifteen minutes for the first proper line of dialogue to be spoken, cultivating a delicious sense of dread. This was the ultimate rebuttal to any complaints about the conversation-heavy first two episodes of the season. These episodes paid dividends, reminding us why we feel such keen attachment to so many characters and their relationships as they faced the Night King and his undead army. Then came the carnage.

It took fifty-five nights to film this episode. It was a testament to the Thrones team that they produced a relentlessly exciting and suspenseful eighty minute battle sequence. HBO has certainly laid the gauntlet down to their competitors. There were countless scenes worthy of mention, all of which make this episode a memorable one. The red priestess Melisandre lighting up the scythes of the Dothraki horde, only for them to fade to darkness as their charge failed, deserves particular praise for the stunning way in which it was shot.

A rare break from the frenzy came in the tender moment Sansa and Tyrion shared together in the crypts. Unfortunately, no one seemed to have spared a moment to ponder whether it was wise to keep the most vulnerable of the living in close proximity to hundreds of dead Starks, who were predictably raised by the Night King.

As ever, Thrones subverted fan’s expectations by killing off fewer middling and major characters. This is no bad thing. It will make the show’s true finale more interesting if major players still have skin in the game. Nonetheless, it did feel like some characters’ plot armour made them impervious to death.

As ever, Thrones subverted fan’s expectations

Sadly, we did wave goodbye to Lyanna Mormont, the pint-sized ruler of Bear Island, who was picked off as heroically as could be expected for this plucky character. Another Mormont, Ser Jorah, fittingly died protecting the woman he loved. As Daenerys’ longest-serving advisor, who often tempered her fiery instincts, it will be interesting to see how the Mother of Dragons copes without him in the final three episodes.

Having made amends with Bran Stark, Theon Greyjoy was dispatched by the Night King. It was a poignant death, made all the more bitter-sweet by the unusual outburst of emotion from the normally wooden Three Eyed Raven. It was also curtains for ‘Dolorous’ Edd (brother of the Night’s Watch), Melisandre (the red priestess), and Beric Dondarrion, seventh time unlucky for the man resurrected six times before.

With Bran exposed to the Night King, it appeared as though he had won. Out of nowhere, Arya Stark launched herself at the undead leader, using her Valeryian steel dagger, Catspaw, to destroy him. It was both highly satisfying and surprising, but in some senses inevitably anticlimactic.

The problem with creating a straightforwardly evil figure like the Night King is that it means we, the audience, know he will be defeated at some point. All it takes is one strike from dragon glass or Valeryian steel to kill a White Walker. There were moments that subverted the normal fantasy narrative, such as Jon Snow being denied battle by the Night King. However, it was frustrating that after years of foreshadowing, and having learned little of their motives, they were destroyed within one episode.

It was both highly satisfying and surprising, but in some senses inevitably anticlimactic.

In hindsight it is unlikely the Night King would have allowed anyone the opportunity to kill him in open combat. Perhaps the only candidate capable of killing him was an assassin, like Arya. There has been some criticism of this decision. The show has hinted at the prophecy of ‘Azor Ahai’, a mythical hero who defeated the White Walkers thousands of years ago, being born again to defeat them when they returned.

Whilst Arya does not easily fit the prophetic description of this hero, no one character does. Melisandre’s prediction that Arya would shut ‘brown eyes, blue eyes, green eyes…forever’, is coming true. She has killed Walder Frey (brown eyes), who betrayed the Starks at the infamous Red Wedding, and now the Night King (blue eyes). The spritely Stark’s assassination to-do-list is quite short now. Could the final victim be the green-eyed Queen Cersei? She certainly has it coming.

In terms of spectacle, no episode rivals the scale and suspense of ‘the Long Night’. Miguel Sapochnik, the director, balanced each character’s plot threads without losing any of the suspense he had built up. The episode kept me on the edge of my seat throughout, but the show’s prior failure to flesh out the White Walkers made for an underwhelming conclusion to their story.