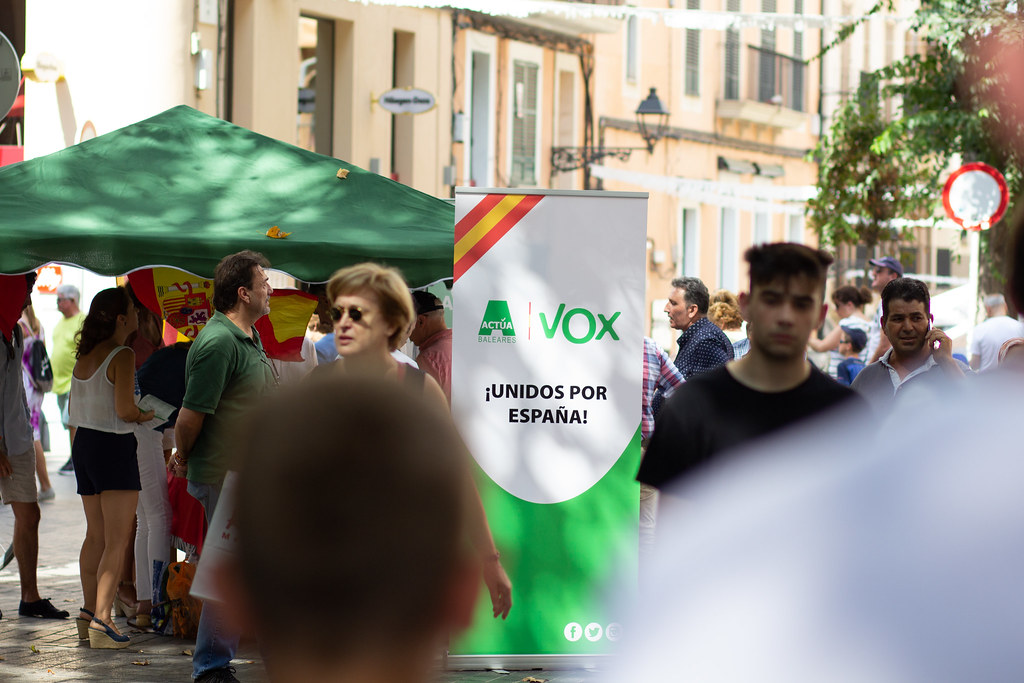 Last Sunday (29th April) saw Spain’s third general election since late 2015 and the previously incumbent majority party – the Socialists (Partido Socialista Obrero Español, or PSOE) – came out on top. This is all the more surprising for the circumstances under which this call to the ballot box took place. Pedro Sánchez, the party leader and President since 2nd June 2018, saw his coalition collapse, only to receive a greater proportion of the mandate than he had almost 11 months prior. This equates to 123 seats in the Parliament (Cortes Generales), up 38 on last June. However, despite an impressive victory, PSOE find themselves in the same position: no absolute majority and therefore with a coalition to build. But adding fuel to the political fire is presence of extreme-right party VOX who overnight went from holding none of 350 seats to 24. This is a much lower figure than forecast for the party only formed in 2013, but its implications for Spain, a country hitherto absent of far-right MPs as a result of their dictatorship’s legacy, are significant.

One theory as to why VOX failed to live up to expectations, based as they were on a campaign with huge popular participation, is that more voters than usual (76%) turned out to prevent a VOX victory. VOX’s sudden spike in traction during the campaign is said to have mobilised a section of perhaps previously apathetic voters who feared a potentially further-right parliamentary majority, as already seen in Andalusia’s regional government. And this seemingly successful campaign was enough to get panicked voters from further left down to the polling stations. The scope for a VOX-weighted takeover certainly proved to be there after the fact. The largest right-wing party – the Populists (Partido Popular or PP) – suffered a loss of 71 seats that could well have equated to a landslide gain for the newcomer. Hopes of forming a right-wing coalition with Ciudadanos and the PP were dashed.

Another possibility is that VOX proved, too extremist. Their stance on immigration, same-sex marriage, Islam and gender equality may have deterred the voters who saw the promise of a more securely united Spain as attractive. With the Catalan and Basque nationalist parties ever-present and the referendum in Catalunya having gone ahead despite being unconstitutional, anti-separatists make up a valuable section of the electorate. Pedro Sánchez was shunned during his first term for entering into a coalition with separatist parties, which many thought would then work against him this time round – and in the favour of anti-separatist VOX. This was not the case. In essence, support on the ground for VOX has failed to materialise in parliament for where it matters most.

In essence, support on the ground for VOX has failed to materialise in parliament for where it matters most.

Even though VOX ultimately fell short of predictions, they could still have some sway when it comes to legislating. The composition of PSOE’s coalition is yet to be determined and the right-wing bloc – VOX, Ciudadanos and the PP – are 147 seats strong. Sánchez would have enough seats for an absolute majority of 18 over the three most represented right-wing parties if he were to partner up with newly-formed left-wing coalition Unidas Podemos. In spite of this, PSOE’s organisational secretary José Luis Ábalos told media earlier this week: “[…we are going to speak to all the other groups and we haven’t yet ruled any of them out.]”* Even once there has been a decision, stability is by no means guaranteed. Sánchez’s presidency thus far has faced only difficulties where coalitions are concerned. And as if there wasn’t already enough uncertainty, a vote in parliament will take place on 5th May to decide the new President, given that the election yielded no ready-made candidate via absolute majority. For the left, 29th April could definitely have turned out worse, especially regarding the VOX vote, but they are still far from secure in their ruling power.

Where then does Spain slot in among other European countries, many of whom have a reasonable nationalist presence in the legislature as well as within ruling coalitions? It will take a significant growth in support for VOX for Spain to equal far-right support in Hungary f. During the most recent Hungarian general election, a total of 68% of voters opted for a far-right candidate. This is compared to the previously-stated 10.3% in Spain last Sunday. But the bigger European picture sheds light on the popularity of far-right parties: 23 out of 28 European Union countries have far-right politicians sitting in their national parliaments. The Danish People’s Party may have seen a 7% decrease in support since their peak in 2015 – and such a trend is mirrored elsewhere – but it won’t be until after the EU election results are announced that we will be able to comprehensively assess current support for the far-right in Europe.

The far-right bloc that is set to consist of France’s newly-named National Rally, Germany’s AfD, Italy’s Nationalist League and Austria’s Freedom Party, among others, could go as far as achieving an absolute majority between them. Together with the increasing number of national government coalitions in Europe – 31 of 50 nations – it can be concluded that instability and fracturing of previously strong voterships for traditional parties, particularly at the left end of the spectrum, are more prominent than ever. Spain, a bastion of anti-fascist ideals for the first 40 years post-Franco, is a stark example of the changing face of European politics. It looks like almost anything could happen.

OUSU referendum: Why you should vote No to compulsory Subfusc

What Union politics mean for the Union

Why politicians need to talk about NHS reform