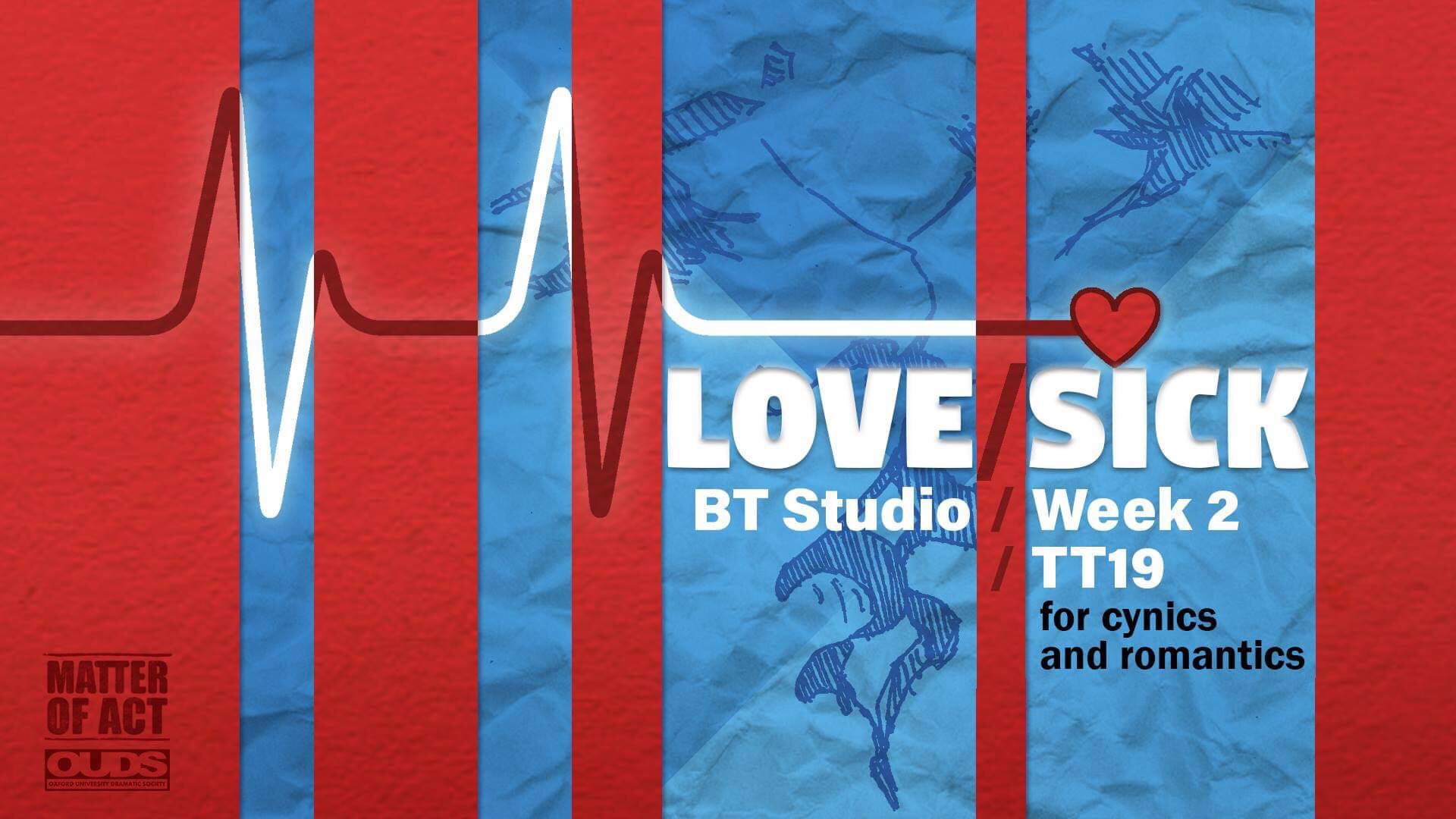 The BT has always intrigued me from a set design point of view. It’s a small, rabbit-hole like space lined with black curtains that can be pulled into a variety of positions to create a desired stage space, and whatever configuration I find it in, I’m always slightly too aware of how ‘make-shift’ the stage is. I never quite loose the feeling of being in a room with four walls, rather than a theatre space. In the round, it’s too small for sight lines to be kept quite in check. In a formation that has the audience line two halves of a square and the stage the other two, you feel oddly detached from what’s going on onstage, too far away. Facing square on a rectangular stage, the mere 30-seat capacity is so sharply accentuated that I feel as if I’m in a perpetual state of beginning to topple onto the stage floor.
I stumble into the BT for the opening night with a pounding headache and a lingering sense of dread that’s been hanging over me all day. The former was caused by too much caffeine, the latter- I blame fossil fuels and Brexit. It’s a relief to be pleased with something the moment I walk into the theatre. I see that ‘Matter of Act’ Productions have stripped back the BT curtains to expose the black brick wall at the back of the studio, allowing the audience to breathe a little easier in the cramped raised seating. I’m always most impressed by student productions that manage to harness potential flaws in their venue and convert them into something of real interest. It’s a sobering backdrop to what is otherwise a thoroughly funny production. The slight nuclear-bunker feel that hangs in the background harmonises rather well with what the project of Love/Sick seems to be: to create comedy out of painfully sombre subjects. In a series of short scenes, Love/Sick charts messy, failing and broken relationships and yet you laugh through every single one of them.
The production’s marketing describes it as ‘a play about the kind of love you won’t find in fairy-tales…happy endings are far from guaranteed’. But while Love/Sick aims to provide an antidote to the myths of neat happy endings pedalled by fairy-tales, sitcoms and wedding planners alike, it’s not entirely free from cliché. The trope of the couple driven apart as one works late and the other takes care of their children is not exactly a fresh subject, for example. But such moments are offset by brilliantly idiosyncratic, funny scenes, such as one in which a girl opens her front door to find a ‘singing telegram’ from her boyfriend. As the ‘singing telegram man’ explains his job, her over-excitable disposition convinces her that a proposal is imminent, before it slowly dawns on the audience that what’s coming is a breakup message…via singing telegram.
Love/Sick is a fascinating interrogation of the imposition of mental health labels on sufferers’ identity and relationships. The play opens with a scene in which two women bump into each other and, finding they both share the same mental health diagnosis, declare their love for each other on the spot before adhering to the ‘treatment plans’ they are following and parting ways. Similarly, another scene shows a character suffering ‘hysterical blindness’ unable to declare his love for his partner, crying out ‘But I can’t do that, I can’t take big steps!’ Sounding at times like an NHS symptoms page rendered imaginatively, Love/Sick brings to the foreground the unsettling aspects of our modern fixation on mental health ‘labels’. One can’t help but feel that, for many of these characters, the pressure of a diagnosis, of something being ‘wrong’ with them, has overridden their own sense of identity to the point of unsatisfactory inaction. It’s a poignant, refreshingly honest account of both the benefits and problems of broad-brush ‘disorder’ diagnoses. The need to follow a pre-prepared treatment plan in some cases divorces the individual from their own mental health, following a generalised plan rather than something that accepting the unique needs of each individual person.
The level of communication between the actors Sabrina Brewer Olivia Marshall Eddie Chapman and Noah Seltzer is a delight to see, as they swap roles, atmospheres and scenes with elegance and assurance. The play slips between comedy and unnerving sadness with ease and, amazingly, without the juxtaposition of the two being remotely crass. I left still suffering a headache but with a far reduced sense of worldly dread than I went in with. I can’t wait to hear more from this cast and crew!

Thumbs Up: A modern take on film criticism

A route into directing