Is destruction an art? Is there a certain madness to it? Is there a lust for expression laced in its outburst? Creation is an art, most will agree; a precise co-ordination of intellect and will, a ballet of sorts that ends with something for eyes to behold in awe or disgust. What does destruction leave, on the other hand? The first images that spring to the mind’s eye are rubble, smithereens and basically, nothing whose past identity can be placed. How then, can destruction be an art? Even if it can be classified as an art, why does it call to us, why does it lurk at the periphery of everything? Is it inevitable?

It is interesting to examine the philosophy behind it all.

To do this, we will go back to the concept of tools. A tool is what may be used to simplify any form of work man wishes to perform. That work can be as elementary as cutting strips of paper or cleaving precious resources from the earth. Tools come in several shapes and sizes but we can identify two fundamental kinds based on their intended purpose. The first is the kind that brings things towards man, for the things he wishes to keep close to him. The latter is the kind that is meant to push or repel things from him; one to make, the other to undo. Tools used to create and tools used to destroy: an axe to fell a tree, a shovel to plant seeds, and while critical to the concept of creation and destruction, it is not the tool alone that performs the act, it is the intention that drives it.

How can a sculpture stand proud in the sun as a symphony of skill, love and hands without acknowledging the act of destruction which brought it to where it is?

Every bridge built, every boat crafted, every weave of cloth is composed of a harmony of tools and intellect. The same tools and intellect that build a bridge to man’s future are the same tools and intellect that build man’s past. There’s destruction in creation and creation in destruction. What appear to be polar opposites are in fact intertwined, for how can a sculptor sculpt without destroying a block of stone? How can a sculpture stand proud in the sun as a symphony of skill, love and hands without acknowledging the act of destruction which brought it to where it is? Its marks can still be seen all over, every crenellation, every stroke and flourish of tool, every inch is swathed in the remnants of ruin. Destruction breeds creation. What at first seemed two different entities are now inseparable.

So, is destruction an art? Does it have an inherent beauty whose different faces hint at its sentient composition? Is there a certain method, a purpose to its performance? As with the nature of reality itself, the answer depends on the beholder, the individual at the receiving end. The ‘method’ can be viewed as an end to creation itself. Death to end life, tears to end joy and love to end a broken heart. So, if one were subscribed to this particular notion, a purpose emerges; a purpose to give purpose. What would life be without death? What would joy be without grief? What would love be without hate? If the life of all things can be viewed as an elaborate yet elegant orchestration of a beginning, middle and an end, there is the antithesis that draws every origin towards its inevitable conclusion. Whether or not said conclusion is beautiful, whether or not it is what we desire, whether or not it takes more from us than gives and leaves us empty, we must understand that only endings can sow beginnings. 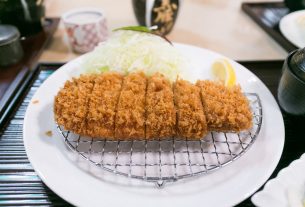 Review: As I Crossed a Bridge of Dreams