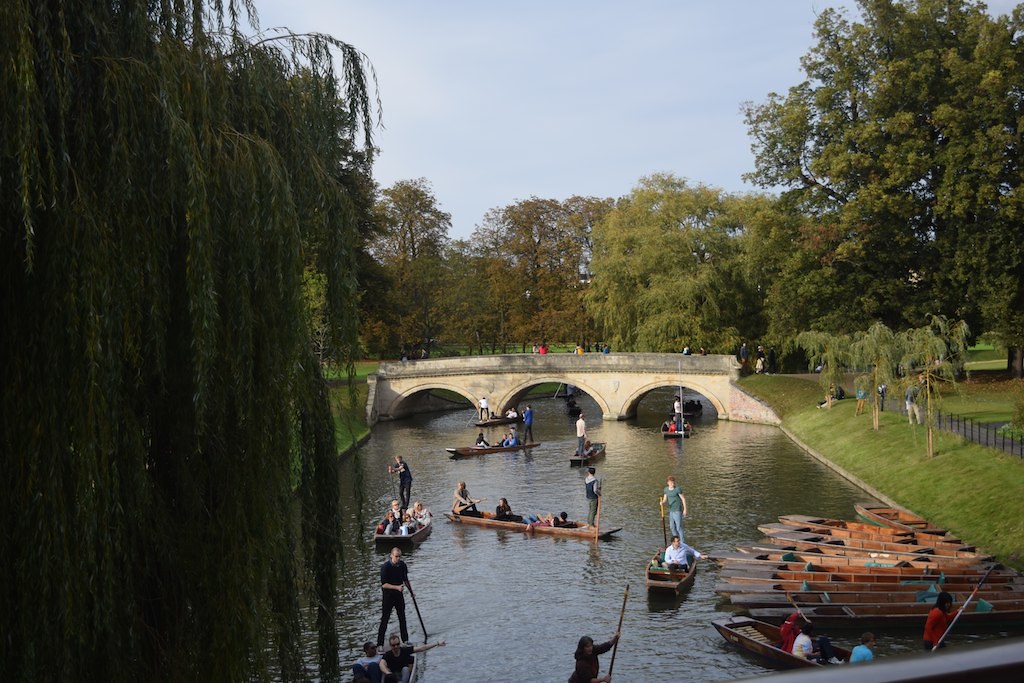 Frustrated that your private-school child hasn’t been accepted to Oxbridge? Have a re-think.

Image description: Punting, a traditional student activity at both Oxford and Cambridge Universities.

An article published yesterday by Nicola Woodcock, Education Correspondent at The Times commented on the frustration felt by parents of fee-paying students in regards to a decline in admission of private school students to Oxbridge. According to The Times, Anthony Wallersteiner, head of Stowe School in Buckinghamshire, said that access and participation plans had “successfully driven down the number of Oxbridge places awarded to privately educated pupils”. The Times reported that some private school parents have claimed that their children are being edged out of the Oxbridge system by “positive discrimination” and “social engineering.”

If there is any way in which private school students are being edged out of the Oxbridge system, it is only because it wouldn’t be hard to edge, or make a dint, in what has historically been such a hegemonic demographic. Contrary to what the above claims might lead the reader to think, private school students still disproportionately compose the brunt of the Oxbridge student body.

This much was revealed in a report released by the Sutton Trust in December 2018. The report detailed that “eight schools and colleges had more students accepted to Oxbridge in the last three years than three-quarters of all other schools”. Although, as The Independent reported, the Sutton Trust did not disclose exactly which eight schools and colleges accounted for the huge number of Oxbridge admissions, “it is understood the majority are independent, fee-paying schools, with Eton, Westminster School and St Paul’s School all included on the list”. According to the research, between 2015 and 2017, 42% of Oxbridge places were allocated to private-school students who made up only 7% of the entire UK’s student body. Clearly, then, while access plans may be encouraging a demographic shift, claims that private school students are being “edged out” are factually misplaced. But, these comments are not only factually questionable; they also shed light on some deeply problematic assumptions held by the claimants.

If there is any way in which private school students are being edged out of the Oxbridge system, it is only because it wouldn’t be hard to edge, or make a dent, in what has historically been such a hegemonic demographic.

It implies a philosophy that state schools students are less capable than their private school counterparts but that, only for being propped up by positive discrimination, they are accepted.

Further still, it is likely the case that at least some of these frustrated fee paying parents attended Oxbridge themselves. One can only imagine, then, that their frustration is, be it conscious or subconscious, rooted in an ingrained sense of ownership and entitlement to participation in these academic institutions. For at least some of these fee-paying parents, their frustrations are likely tied to the fact that they think their children are entitled to attend Oxbridge just because they did. To be frank, this assumption is embarrassingly antiquated; while the time of Oxbridge familial dynasties has not entirely elapsed, proponents of the idea that someone might be entitled to attend Oxbridge merely because of their familial connections are prioritising privilege and perpetuating inequality. Such attitudes are unlikely to find much sustained support in contemporary British society.

The Oxbridge admission system persists to be flawed in many ways, but, as a result of access schemes, scholarships and participation plans it is changing for the better by expanding the demographic of its intake. Anybody who endorses the idea that private school children are being edged out by positive discrimination or social engineering are engaging in a elitist pursuit that privileges privilege and at the same time fails to recognise the fact that the Oxbridge student composition still remains to be dominated by private school students.