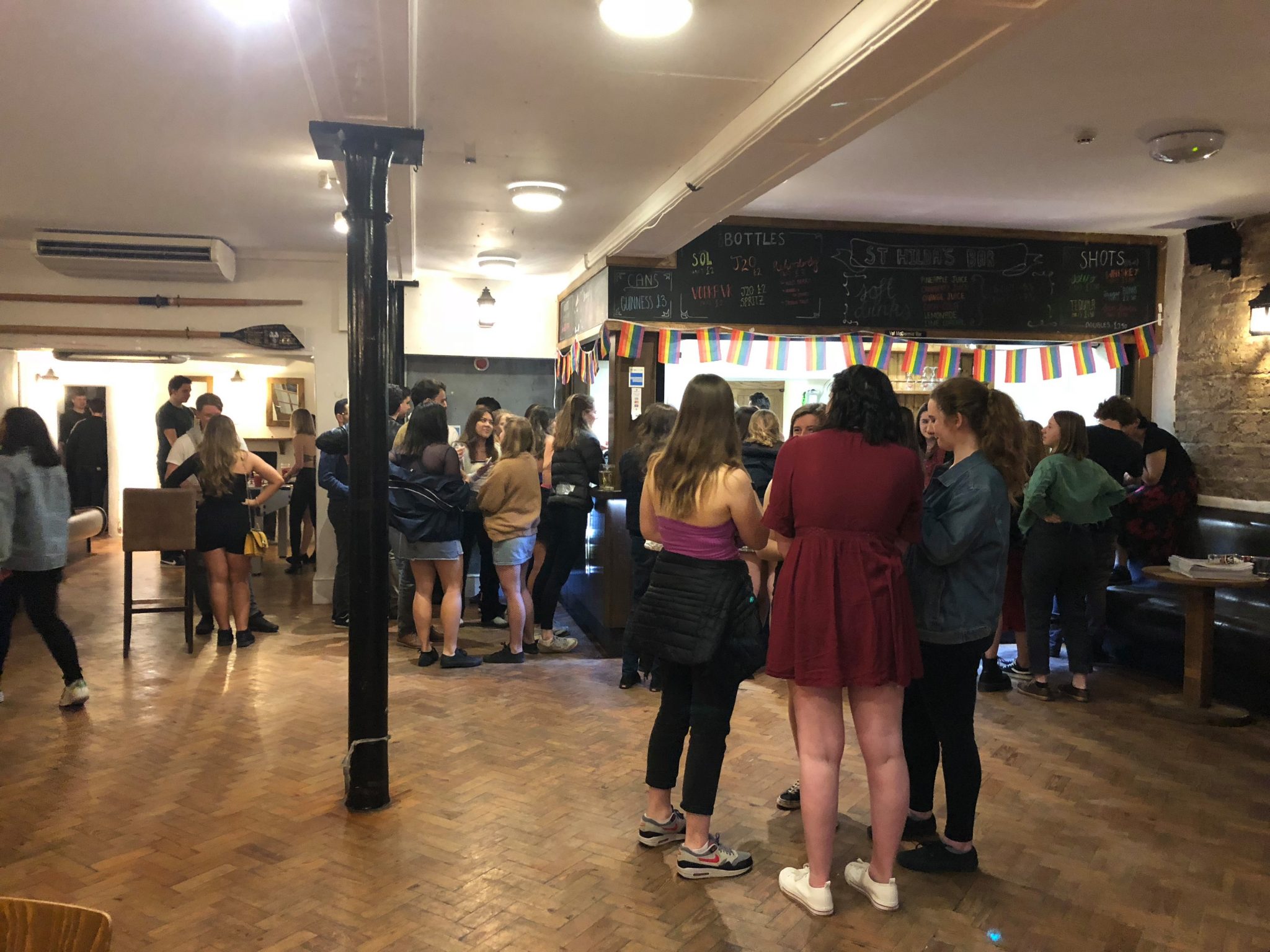 The St. Hilda’s college bar; home of the fabled Rhino, Thursday Night Live, our BOPs, and our hearts. The bar is nestled at the bottom of Hall Building and also serves as our Junior Common Room and Buttery. The space is large, and although in the ‘basement’ of the building, does not share the same dark dungeon vibe as many basement college bars, such as Merton. In fact, the many French doors open out into the definitely-not-smoking area and back lawn, giving the bar natural light during the day and an extra social space at night. Especially amongst the bright white walls and homely sandstone brick. Similarly, its size is just right for its purpose; big enough to fit everyone in, but not so big that it feels unfillable or empty, like St Catz (no tea. Big fan).

The bar has a dartboard, table-football and a pool table which sports an eye-watering orange felt, stained with mystery. So there is no shortage of entertainment; such as Thursday Night Live, the St. Hilda’s live music night where the best performers the college has to offer come together to sport their talents. Acts have included: Niimi, Ros Fraser, Peter Wallich, and many, many more.

The bar has a dartboard, table-football and a pool table which sports an eye-watering orange felt, stained with mystery.

Speaking of entertainment, the bops are held here. The little bar counter can get a bit crowded, resulting in a bit of an animals-at-feeding-time kind of vibe, for which I give the bar staff massive kudos for dealing with fairly and calmly. And what better opportunity than a bop to sample some of the unique cocktails that Hilda’s has to offer. The college cocktail being the Rhino, containing five shots in the pint and being glow-in-the-dark green, it is brutal and most probably most palatable when halved and mixed with a green VK. Legend has it that the greatest number of Rhinos drank in one night was 7, by second year Sam Reid. Next, we have the Sex on the Cherwell, which is just a Sex on the Beach, but renamed after the river that runs by the college. In terms of drinks, value is very fair, a double with a mixer coming in at only £2.50 and pints at £2, discounted on £1-pint night, you guessed it, to £1. Furthermore, a bop means that TJ’s Tavern in open for business- a little stall on one side of the room which sells VKs of every colour and £1 shots.

Other Perks of the bar include the fact that it does not have a license to hold alcohol on the premises over the vac. This means that at the end of every term, St. Hilda’s college bands together to Drink the Bar Dry. Drink prices are slashed every hour until the bar is as dry and empty as we are drunk. Such end of term parties and bops end with the tradition of singing Robbie Williams’s ‘Angels’. In addition, the little Buttery window opens out into the bar room and on Sunday mornings, we come here to eat brunch, usually amongst the carnage leftover from the night before (the morning after the fruit-and-veg themed bop was especially notorious). In Hilary term, the bar had some budget left over and very kindly hosted a cheese and wine event for the college, which felt very classy indeed – although the cheese strings disappeared quite quickly.

Drink prices are slashed every hour until the bar is as dry and empty as we are drunk.

Attached to the bar/JCR is the Old Law Library (OLL); a small common space with a ping-pong table, that has recently been stocked with new board games- Articulate, Trivial Pursuit, and so on. Either of the spaces can be booked for use, and recently, a welfare dog was brought to the OLL for a visit to help us wind down after collections and settle more comfortably into a new term. The Hilda’s bar is also home to such events as the college LQBTQ+ group’s Tuesday night drinks, big pub quizzes, welfare teas, pool and darts tournaments, so really is at the heart of college life. That’s why it is often busy! Whether to drink up before a night out, or just to get a cheese and pesto toastie from the buttery, it is a lovely social space that everyone can enjoy.

Despite having about 570 students in total, Hilda’s is a very close-knit college, therefore, the atmosphere at the bar is one of amity and warmth, especially after a few drinks and some live music. And the trippy mural on the wall, painted by former student Massimo Monks, looks over us lovingly as we stand one the tables and dance to John Denver’s ‘Country Roads.’ Such a friendly, calm vibe lends itself to making St. Hilda’s college bar great. 10/10. 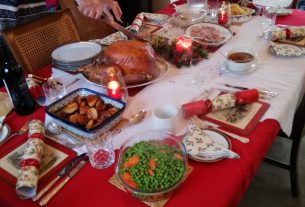 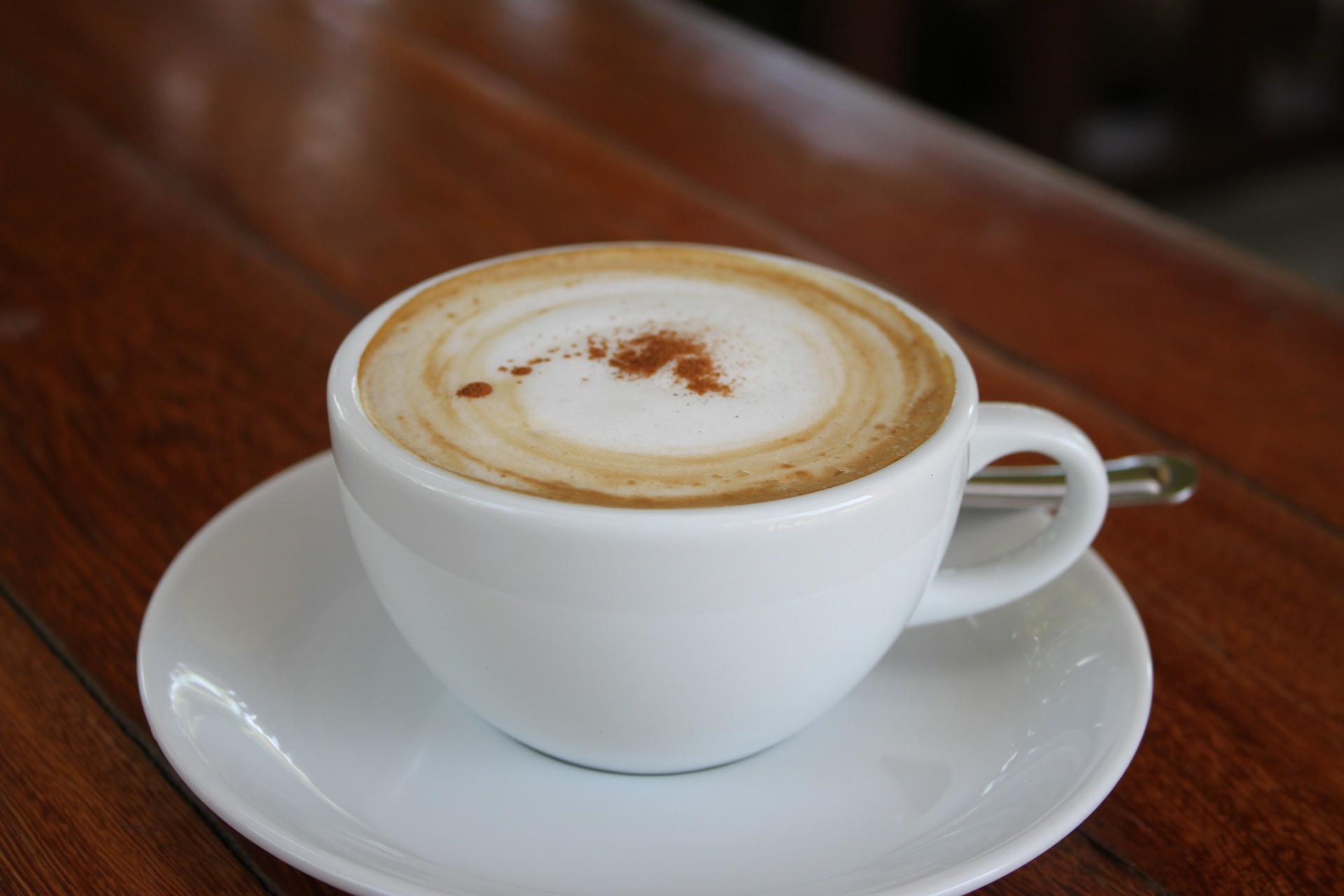