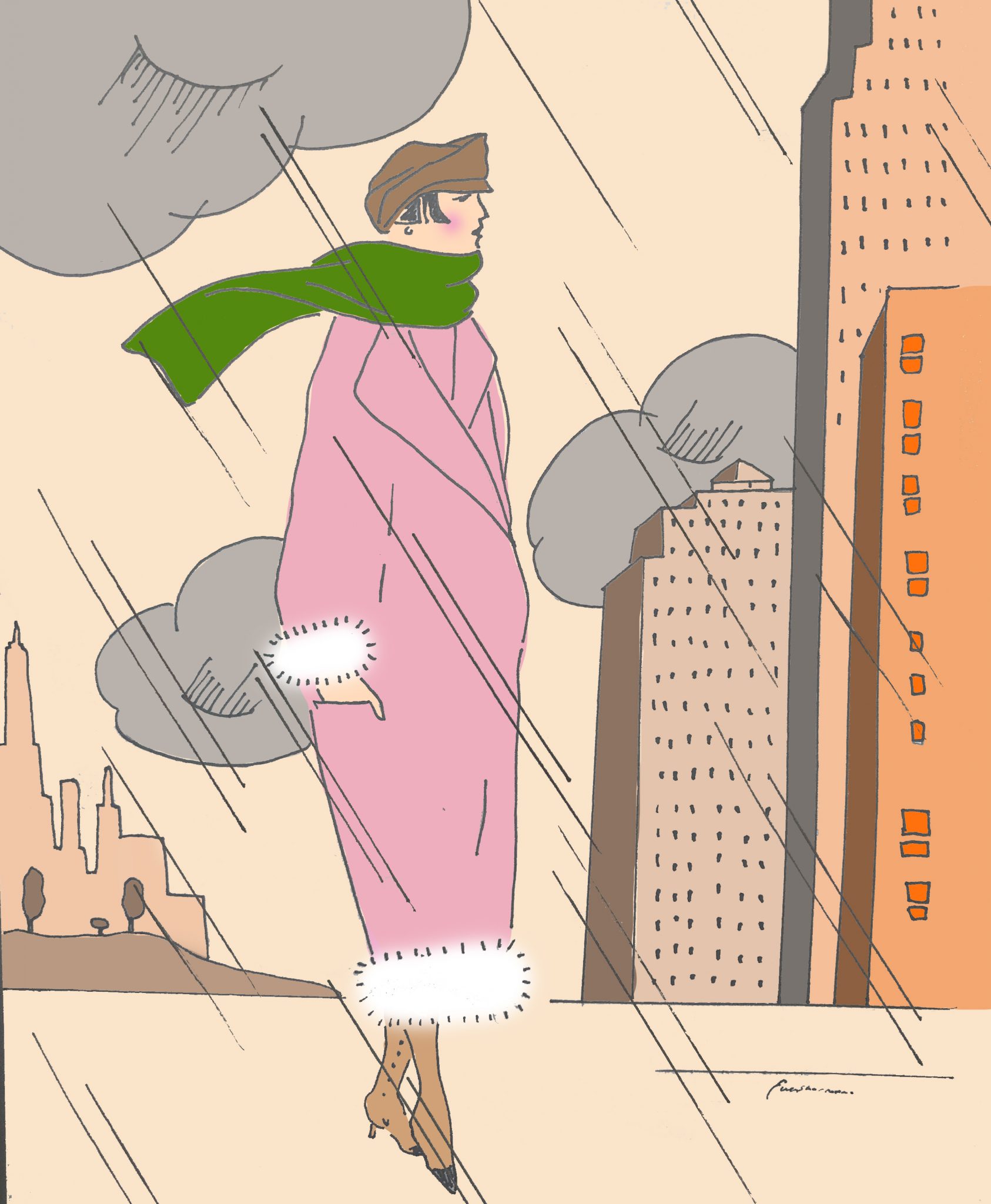 It’s early 1831, George Sand has moved to Paris, penniless, with the intention of becoming a writer. The city is her opportunity for self-reinvention; her chance to change her clothes, disguise her general appearance of vulnerability, and most importantly, discover the freedom of strolling freely through the city. Once in disguise, Paris afforded Sand the autonomy to move openly, to fear nothing and to see anything. Paris allowed Sand to become a flâneuse.

Lauren Elkin’s imaginary definition of the term in her 2016 novel Flâneuse is as follows: flâneuse [flanne-euhze], noun, from the French. Feminine form of flâneur [flanne-euhr], an idler, a dawdling observer, usually found in cities. The term is adapted from the 19th century French male figure of the flâneur; the essential modern urban spectator, famously depicted by Charles Baudelaire as “the gentleman stroller of the streets”, the figure who “felt oneself everywhere at home; to see the world, to be at the centre of the world, and yet to remain hidden from the world”. As an exclusively male term, Elkin usurps it for the female, whose capacity to walk with the same idle purpose had been politically and economically restricted.

Elkin seeks to feel connected with these women, tracing their footsteps and mapping her experience onto theirs.

Elkin’s novel situates you amongst a history of women (past and present) who have used the city to construct themselves and their work. Integral to these women writers is their place in history and their imaginative relationship to their predecessors. Elkin seeks to feel connected with these women, tracing their footsteps and mapping her experience onto theirs. She describes walking with Jean Rhys in the streets of Montparnasse. Of course, this is metaphorical: Elkin imagines herself walking the same boulevards and eating with Rhys on the Left Bank in order to communicate the shared potential of space. More specifically, its creative potential.

For the flâneuse, the power of walking rested in its capacity to inspire creativity; seeing the world with what Virginia Woolf called a “difference of view”. Elkin signals the beginning of women’s freedom as vested in their power to look, as opposed to being looked at, and to then act upon what they have seen in an artistic manner. If “the first feminist act is to gaze”, the city provides something to gaze upon, something to read, something to be immersed in. For Woolf, to be able to walk in the city by herself was an inconceivable kind of independence which not only gained her the freedom to become a writer, but gave her something to write about.

No matter to what extent the city may alter, this is their city: kept in their imaginative hold, the flâneuse has authority here.

Hand in hand with the idea of the city as a constructive space is the sense of the city in constant flux. In her journey across time and place (the novel separately explores Elkin’s experiences in Paris, New York, London, Tokyo and Venice), Elkin pays particular attention to the physical instability of the city as subject to protest, terrorism, vandalism, and so on. Amid this unrest, stands the flâneuse: a lone figure of forbearance amongst what Baudelaire calls the “ebb and flow of movement”. No matter to what extent the city may alter, this is their city: kept in their imaginative hold, the flâneuse has authority here. They have observed every nook, every corner street café, every etching, and have inscribed each aspect in their memory to later contribute to their artistic process.  The impermanent nature of place is matched with the fleetingness of the walker which in turn fashions a relentlessly dynamic relationship. Nonetheless, it is one which is lastingly significant.

Elkin explores the history of people and places in astonishing detail. She writes with a passion and personality that creates the kind of familiarity which encourages us to believe that the women she studies were close friends of hers, as if she were writing in nineteenth century Paris and she had taken a walk along the Seine with George Sand that very morning. Everything in her writing, from the more serious to comic aspects, contribute to our understanding of the depth of her experience. Elkin’s first person, colloquial yet witty style lets you into the recesses of her imagination and invites you to be her travel companion; a figure alongside the history of flâneuses that she is so familiar with and have permanently impacted her way of living. Simply put, a walk in the city can be inspirational, almost profound.

And so I urge you, step outside and seize the unimaginable freedom which comes with allowing yourself to get lost in the city. And at the very least, pick up Flâneuse, and let Elkin effortlessly escort you along a 200-year journey of urban experience.