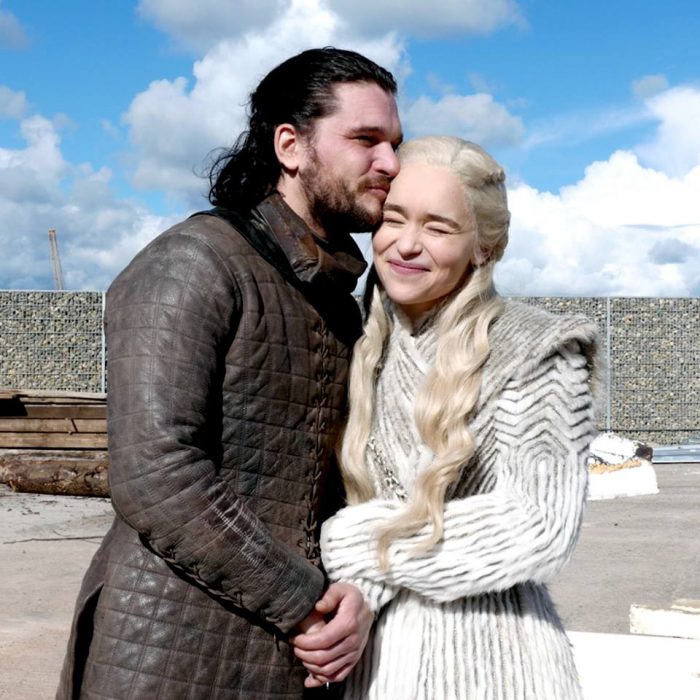 Earlier this month, two and a half million of us tuned in to watch the finale of Phoebe Waller-Bridge’s highly acclaimed comedy Fleabag. The series, which followed the misadventures of its damaged but lovable antiheroine, played wonderfully by Waller-Bridge herself, had finally come to an end, and needless to say, many were sad to see it go.

​Fleabag’s final episode was met with overwhelmingly positive reviews, with some describing it as “emotionally satisfying” and a “masterpiece”. There was, however, an element of frustration. For six weeks, viewers had been dying to see Fleabag and Andrew Scott’s dreamy Catholic priest finally get together. For one brief, shining moment it appeared that that would be the case, and finale saw Fleabag finally admit her love for him, only for the priest to break her heart – along with those of all the viewers – with two words: “It’ll pass.”

In spite of the heartbreak, we knew Fleabag was going to be fine – and that’s all we could have wanted

Fleabag was messy, irreverent and devastating, and so the finale – which saw the protagonist walking away alone, smiling and bidding farewell to the viewer – couldn’t have been more fitting. We realised that she had finally found peace with herself, and let go of her demons – an achievement which was considerably more impressive than getting to sleep with a dishy priest who, once you look past those twinkly eyes and shiny G&T tinnies, was really taking advantage of her vulnerability all along. In spite of this heartbreak, we knew that Fleabag was going to be fine – and that’s all we could have wanted.

​2019 will also see the end of another beloved series, HBO’s Game of Thrones. Having graced our screens for almost a decade, Game of Thrones has amassed an enormous worldwide fanbase, with an average of over thirty million viewers per episode of the seventh season. Because of this, a world without the series is almost unfathomable, and for many, it will be hard to see it end.

You can imagine the kind of uproar we will witness if the showrunners get the ending wrong, or if they have the audacity to kill off a fan favourite who has been with us from the very first season. At the same time, though, there will be a similar reaction if the final season does not contain any highly controversial moments. Game of Thrones made a name for itself not only because of its gratuitous sex, nudity and violence, but also because no character is safe in it. This was made clear when Ned Stark – who initially appeared to be the hero of the series – was suddenly executed at the end of the first series; more so in the infamous Red Wedding scene, which saw Robb and Catelyn Stark, along with countless others, being brutally slaughtered.

As much as it hurts to see our favourite characters meet such a grisly demise, a huge part of the appeal of Game of Thrones stems from this: which is why, I’m sure, having the series end with everybody dead would be far less controversial than seeing a finale as anticlimactic as Daenerys Targaryen and Jon Snow not being related after all and becoming the ultimate Westerosi power couple, restoring justice to the Seven Kingdoms and living happily ever after.

​A spin-off series, set thousands of years before the events of Game of Thrones, was confirmed to be in development in 2017. For many, this was a cause for celebration – it meant that we won’t have to face the prospect of a Thrones-less world for another few years, potentially. However, the viewer must ask themselves whether or not this would be a welcome addition to the series.

There is always the risk of Game of Thrones going down the same route as the Harry Potter franchise – the fanbase constantly growing hungrier to see more content, resulting in the creation of an extended universe, of which the instalments could never possibly live up to the original series. Before long, the showrunners will be beating a dead horse, and in doing so they risk tainting the legacy of an excellent piece of television. As dreary as our lives will be without spending the year waiting for a new series of Game of Thrones, I’d much rather see the franchise disappear completely than find out about the Children of the Forest soiling themselves due to a lack of adequate plumbing facilities in the North.

Fleabag, on the other hand, has been described by BAFTA as “short-lived but perfectly formed”. Although the show only lasted two series, Waller-Bridge packed enough into it that series to render it as such. Rather than dragging it out for endless series and spinoffs, prequels and sequels, to the point at which we’d be dying to put the series out of its misery, Waller-Bridge ended Fleabag on possibly the highest note imaginable.

One thing is certain about modern television series – a fairytale ending simply doesn’t cut it anymore. In order to perfect the ending of a series, the writers must ensure that it is entirely in keeping with the spirit of the show, or else they risk infuriating millions of fans. Although the popularity of Fleabag is growing across the pond, Game of Thrones has a much more international fanbase, and so there is considerably more pressure for the finale to live up to viewers’ expectations – so we can only hope that the showrunners absolutely nail the finale.