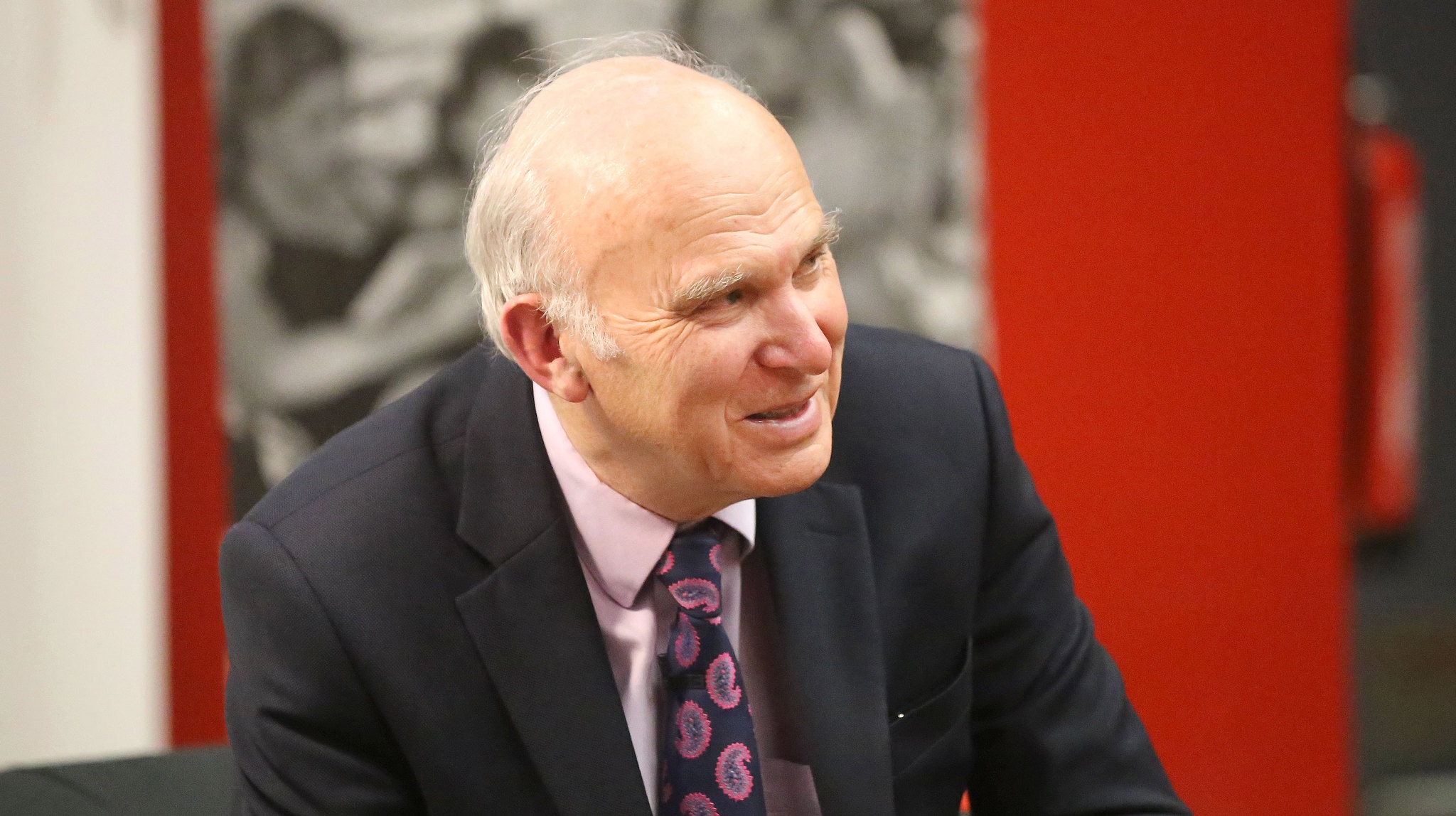 Local elections 2019: how the media got it so wrong

Famously dubbed the biggest electoral event that would definitely happen this year, the local elections have attracted a surprising homogeneity among the commentariat and wider media. “The Liberal Democrats are back.” I don’t know for how many hours I saw this spattered across Twitter in smug, unbelieving and doubting tones alike before it sunk in what a political sea change this really was. The local elections across England and Northern Ireland returned one of the largest shifts of the century in local government. However, moving almost as one, the journalistic response seemed to offer a version of events riddled with contradictions. Here, I’ll lay out some of this version before showing how its attempts to argue that the local elections result had little to do with Brexit simply cannot be sustained.

To summarise the results; the Conservatives saw a net loss of 1,330 councillors, the Liberal Democrats a net gain of 705, the Greens a net gain of 195, UKIP a net loss of 145 and Labour a net loss of 84, alongside an overall 660 net gain for various independents. BBC coverage of the event – likely the most consulted source of information on these elections – advanced that this was a’ ‘protest vote’ against both main parties. Political experts such as John Curtis were quick to highlight that the implications of this vote for Brexit were far from clear. Yes, parties that supported Remain had massive gains whilst parties that supported Leave experienced disappointing losses, but to them this did not entail a pro-Remain shift in public opinion on Brexit.

More than anything, what is striking is that such a decisive shift in voter intentions (and it is hard to deny that large changes from 2015 were seen at the local level) was received with such a homogenous response from our state broadcaster. Labour and Conservative spokespeople alike were brought in to concur with Curtis’ pronouncement, interviewed after the vote to acknowledge anger at both main parties but that there was little else to be concluded. Given the remarkable homogeneity in commentary after an undeniably remarkable set of elections, it is important to evaluate the claims made in this.

The argument advanced is that, of course, voters voiced their frustration at a local level towards the national Labour and Conservative parties. This version of events has been accepted by an unholy trinity of Theresa May, the BBC and Jeremy Corbyn. From this we can accept that national issues played a large role in this election, and it is incredibly hard to deny Brexit was part and parcel of that, even with disagreement on the extent of its effect. However, despite Remain-backing parties, particularly the Liberal Democrats, gained net total of 900 seats whilst Leave-backing parties lost a net total of 1,559, the argument advanced is that we cannot extrapolate information about general election voting intentions, nor about public attitude towards the European Union, from these results. Thus, it is far too premature for the Lib Dems to uncork their champagne for they still teeter on the brink of irrelevance and the tainted brand of austerity, and there is no obvious indication public support for Remain has increased. The reasons offered for this are that local elections return a turnout too low to extrapolate from, votes are cast on local rather than national issues and that a vote cast locally for the Liberal Democrats does not entail a vote cast nationally for them.

Some easy unpacking not only displays the contradictions inherent in all of this but reveals some telling insights for the European Parliament elections on the 23rd of May. On this account, a vote for the Liberal Democrat candidate was a vote to exercise frustration at the national Conservatives and Labour as well as a vote in recognition of a record of relatively good local government. However, it certainly was not in any significant way a vote for the Liberal Democrat strategy in response to Brexit, i.e. the three-year call for a second referendum. Whilst the massive rise in independents may well be a sign of both of these phenomena, it is unclear why in the presence of both independent candidates and UKIP candidates, both more self-styled as outsiders, voters overwhelmingly turned to an established political party in protest, especially one that is supposedly linked to a coalition that brought austerity and social division. In an election with many alternatives to the Labour and Conservative party, it is difficult to believe the decisive victory of one of these alternatives, particularly the oldest and most war-torn, was indeed the result of protest voters overwhelmingly choosing them. This becomes even more implausible given that the only smaller parties to make net gains at all were the ones calling out a Remain message.

There is no use in expounding the argument that the country is concerned about rubbish collection and austerity now and not Brexit anymore when it is simply not true. Indubitably, the former two will influence votes in local elections. But the argument that the Liberal Democrats won this election because they captured a protest vote rather than a Brexit-weary vote is simply to say this because, whilst we may have strong evidence that Brexit was the largest issue in these elections, no divine writing on the wall has spelled it out explicitly for us so no speculation, please, we’re squeamish.

Moreover, whilst this close to the elections it is difficult to procure data on how many wards stood both a Liberal Democrat and UKIP candidate (the foremost Remain and Leave parties in these elections) in order to analyse how many direct contests the Liberal Democrat candidate won in, Leave heartlands without a history of Liberal Democrat support, such as Sunderland, increased their support for the Liberal Democrats by 60% instead of voting for the pro-Leave party available to them. It may be too complex to attribute this entirely to Brexit, but to say that it was not at all is an act of desperation, not political insight, by mainstream politics and media unwilling to adjust to the sea change happening before their too-comfortable eyes.

And on a final note before I turn to the 23rd of May – several BBC presenters and Labour and Conservative party executives alike hastened to add that whilst for Lib Dems or Greens locally was all very well, it was hardly likely to translate into national vote share, particularly given local turnouts. Is there anything else that could sound more like an attempt to channel attention from the facts at hand to a hypothetical scenario of a general election – frankly totally irrelevant in attempting to resolve a Brexit deadlock?

There is no use in expounding the argument that the country is concerned about rubbish collection and austerity now and not Brexit anymore when it is simply not true.

The most concerning insight from this mainstream narrative is that even if we did accept the premise that the Liberal Democrat resurgence was merely a protest vote at the national handling of Brexit the protest was very likely not a request to Corbyn and May to “get on with it” and negotiate a deal friendly to both parties and pass in the Commons, as both leaders alleged that it was the day after polling day. If voters wanted to affirm this strategy, they would have voted for the two parties for it. They did not. To say that Liberal Democrat, and to a lesser extent Green, success was not due to Brexit is the desperate act of an administration and its faltering opposition. To say that this success was a protest vote calling for both parties to carry on doing exactly what they were doing is at best sheer incompetence and at worst an entrenched refusal to accept reality.

But before I close, I must remind readers of another, more hopeful insight from the mainstream media narrative about the next chance the overwhelming majority of Oxford students will have to vote, in under two weeks’ time at the European Parliament elections. As the BBC were quick to point out, the Brexit Party – and perhaps their voters – did not participate in these elections just gone and their entrance into the European Parliamentary elections on the 23rd of May is likely to confirm the political sea change we are undergoing. This election will inevitably be seen through the lens of Brexit and every issue from bins to austerity will be affected by it. Your vote carries a powerful message about our generation’s relationship with Europe, trade and identity and it would be wasted in accepting a “Keep Calm and Carry On” narrative upheld by prevaricating parties, regardless of your stance in the European Union. The 23rd of May is another opportunity to deliver your perspective on the biggest issue in British politics since the Second World War; one that is inextricably linked to austerity, immigration and national identity. The times and tides are a-changing, and the locals were only the beginning.