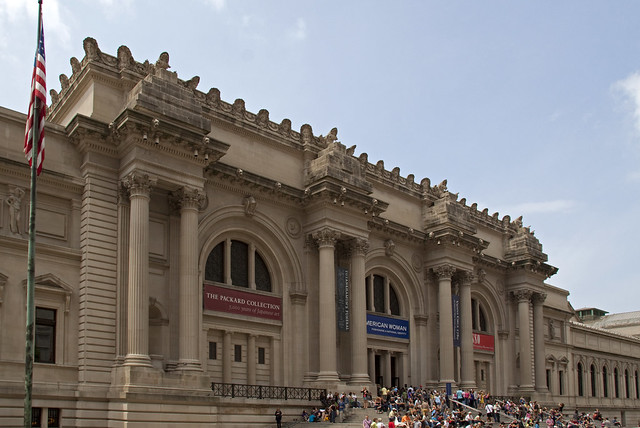 It’s that time of year again, where an exclusive set of celebrities with designing giants behind them are invited to a themed ball based around the Metropolitan Museum of Art’s Costume Institute’s annual fashion exhibit and anyone with more than a passing interest in fashion takes to the internet to pass judgement. This year’s theme was ‘Camp: Notes on Fashion’ and we have a few thoughts.

The theme plays on the title of Susan Sontag’s 1964 essay ‘Notes on Camp’ in which she states that the essence of camp is “its love of the unnatural: of artifice and exaggeration.” Camp originates, she argues, from the end of the 17th century and flourished in the early 18th century, an era permeated by a sense of artifice, surface, and symmetry. Camp can be observed in the clothes, manners, and music of the period, and at its core means to attempt (and to fail) the extraordinary. Sontag gives the fantastic example of Gaudi’s Sagrada Familia – started in 1882 and unfinished to this day, the basilica demonstrates “the ambition on the part of one man to do what it takes a generation, a whole culture to accomplish.” Trying to build Rome in a day. Turning up to a one-on-one tute with no essay and no knowledge. Inevitably failing at either. That’s camp.

And, crucially, fashion itself is camp. The artifice of fashion is demonstrated in the Neanderthals donning garments to preserve dignity rather than for any practical reason. The entire concept of the Gala is camp; the theme works so well because it embraces irony and is a perfect example of viewing the world in quotation marks. All it needed was a guest list full of appropriately dressed celebrities.

And yet so many failed to deliver. As usual this was particularly noticeable in the male attendees, for many of whom a conventional black suit would appear to be the epitome of camp. Perhaps the associations of the theme can be held accountable for this largely unimaginative response; the term ‘camp’ has long been virtually synonymous with homosexuality, a relationship which Sontag explains in her essay: “the history of Camp taste is part of the history of snob taste. But since no authentic aristocrats in the old sense exist today to sponsor special tastes, who is the bearer of this taste? Answer: an improvised self-elected class, mainly homosexuals, who constitute themselves as aristocrats of taste.” Whilst camp and gay are not synonymous, therefore, there is significant overlap, and the LGBTQ+ community are held by Sontag to be the “most articulate audience” of camp. Maybe this is why so many men were not confident enough to embrace it fully, or indeed at all.

The entire concept of the Gala is camp; the theme works so well because it embraces irony and is a perfect example of viewing the world in quotation marks.

Not all men, though, as they say. And if there were ever an embodiment of that particular saying it would be Billy Porter: one of the first outfits on the pink carpet, and carried in by six half-nude men, Porter certainly made an entrance. His costume was a refreshing non-Western take on campness, with the 24 carat gold headpiece, 8ft gold wings and golden Pharaoh wig adorning him in the style of an Egyptian sun god and in the most dramatic way possible. The whole affair screamed extravagance: it was offensively beautiful. Camp embodies a love for human nature, celebrating the awkward intensities of ‘character’, and Porter’s look and performance held back nothing; they were passionate.

Lady Gaga also made a notable entrance, so much so that when asked how anyone could compete, Anna Wintour simply replied “they can’t!” Involving a spectacularly large pink dress, a black dress, another pink dress and finally black lingerie, Gaga had changed costumes three times before she’d even made it up the stairs. The campness was in the complexity of the performance. Yet arguably that was all it was; the outfits, whilst multitudinous, lacked texture, variation in colour, and a sense of extravagance in themselves. Relying entirely on the shock-factor of changing dresses on the pink carpet, Lady Gaga failed to fully embody the theme. Camp is ‘the curved line, the extravagant gesture […] not extraordinary merely in the sense of effort’. In a strange way a return to the infamous meat dress would perhaps have been more camp.

The spirit of camp was fully and successfully embodied by Hamish Bowles, however, who wore a violet skirt suit with sheer panelling alongside clashing purple shoes. Over the suit he wore a feathered coat with patchwork featuring abstract floral prints, fruit imagery, and three dimensional poodles. The whole ensemble is so garish it’s difficult to look at. As Sontag wrote, “it’s good because it’s awful”. Camp is ugly, often excruciatingly so, and must entail an abandonment of the serious. Bowles succeeded because he was “serious about the frivolous, frivolous about the serious.”

And this precise reason is why Harry Styles’ outfit, although incredibly well-received online, failed to land tonally. Androgyny is a key component of campness, and whilst Styles conveyed this successfully with his sheer, frilled blouse and high-waisted trousers, the look was ultimately not ambitious enough. Although undoubtedly a beautiful and sleek outfit, the ensemble was too serious to be truly camp.

Camp is ugly, often excruciatingly so, and must entail an abandonment of the serious.

One way of exploring camp was through its rich history, and Lili Reinhart called Marie Antoinette to mind with her 18th century inspired dress, rouged cheeks and larger-than-life hairdo. It was both a nod to the origins of camp, and an example of how the canon of camp can evolve; as time passes, styles which were once unremarkable become fantastic: “we are better able to enjoy a fantasy as fantasy when it is not our own”. Camp, whilst encompassing fashion, can also extend to what is not fashionable.

That said, there is a space for that which is at once not fashionable and not camp, and Zendaya managed to locate it. Having trended on twitter for hours prior to her arrival at the gala, she drew a lot of attention in her Cinderella-inspired light-up dress. Yet whilst her previous Met Gala looks have been impressive in terms of their relevance to the theme and their execution, she missed the mark completely on both fronts this year. The Tommy Hilfiger ensemble failed to look as sleek as Claire Danes’ 2016 light-up gown, with the black underlay making the dress appear dull even when illuminated, and the choice of a Disney princess for inspiration was a particularly poor one. The problem here wasn’t Disney (although there definitely is a conversation to be had about its appropriation of camp to queer-code its villains), rather the problem was the choice of character. Incredibly, Cinderella is possibly the only thing about the entire Cinderella story that isn’t camp. She experiences campness – in the form of her stepmother and stepsisters, the fairy godmother, and the horse-drawn carriage amongst other things – but there is nothing inherently camp about the archetypal, conventional and aggressively heterosexual Disney princess. Zendaya’s performance of walking through incense was merely (literal) smoke and mirrors to distract from a total disregard for and misunderstanding of the theme.

Prior to walking out on the pink carpet, Ezra Miller wore an spectacular, ruffled pink dress. Embracing extravagance and androgyny, Miller wore one of the most successful camp looks at the gala. Following a costume change for the pink carpet, Miller embodied a surrealist dandy look: a pinstripe suit with a diamond corset. Miller revealed his Dali and Magritte inspired makeup: five extra eyes painted on his face. His look is certainly shocking, haunting, and beautiful. However, it is certainly more dandy than it is camp. Camp is modern dandyism. The dandy was dedicated to good taste, and his ‘posture was disdain, or else ennui. He sought rare sensations, undefiled by mass appreciation.’ However, in an age of mass culture, camp became the new dandy. While Miller’s first outfit was perfectly on theme, his second outfit, despite its beauty, was just slightly out with the bounds of camp.

Many other looks are commendable for their attention to the theme – Jared Leto’s Gucci Autumn/Winter 2018 inspired look which saw him carry a model of his own severed head down the pink carpet, Constance Wu’s 1920s inspired outfit, and Lizzo’s shockingly pink Marc Jacobs ensemble. And as usual outfits missed the mark – the Kardashian-Jenners, whilst slightly more on theme than previous years, failed to capture the essence of camp, as did Karlie Kloss in her Dan Dapper and Gucci gold minidress which wouldn’t have looked out of place at a sixth form prom.

And yet ultimately the art of critiquing is in itself a kind of transgression of camp – Sontag is clear in her essay that camp is “the sensibility of failed seriousness, of the theatricalization of experience.” In their failure to adhere to the theme, the celebrities who underwhelmed or missed the mark this year inadvertently became part of the campness of the gala itself. The entire night embodied camp – in its various successes and failures and the performances, both intentional and subliminal, of its attendees. Whilst the celebrities did not consistently perform camp, the night did, and that’s what makes the theme such a powerful one.